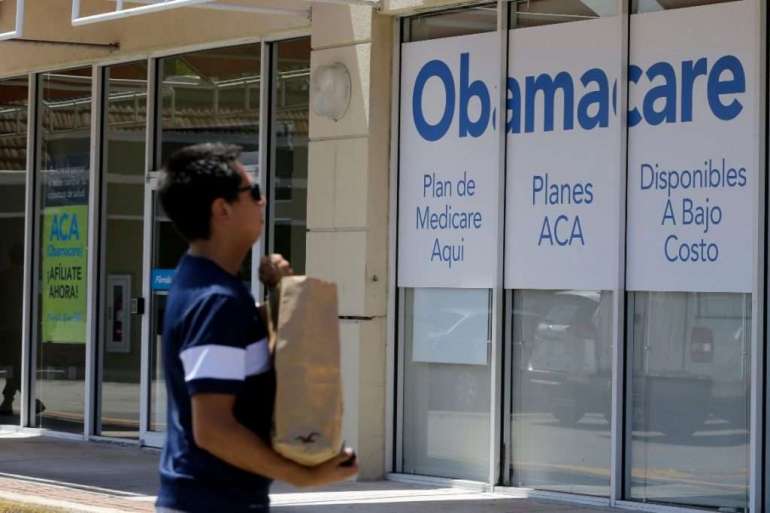 Insurers and enrollment experts are not predicting a rush of new HealthCare.gov customers, despite the paired economic and health crises that has cost people their jobs — and, for millions, their job-based health insurance.

Other than a handful of tweets and press releases heralding declining premiums, the health department hasn’t made a big sign-up push — even though it pursued a $300 million celebrity-studded taxpayer-funded contract to “defeat despair” about the pandemic. The Centers for Medicare and Medicaid Services, the federal agency overseeing the insurance marketplaces, didn’t respond to questions about outreach for this year’s six-week season, which ends Dec. 15.

The administration’s advertising budget for the Obamacare website is $10 million — in line with last year, but sharply scaled back from the $100 million the Obama administration spent broadcasting sign-up seasons. Trump officials have previously defended the shrinking outreach, arguing they’ve run enrollment more efficiently for less money. Obamacare critics said the government shouldn’t have to spend as heavily to advertise the marketplaces now in their eighth enrollment season.

“The insurance companies are making profits off of this — they have an incentive and they are advertising,” said Brian Blase, a former senior White House health care adviser to President Donald Trump.

But this year, there’s scarce attention, even on free outlets like Twitter. CMS Administrator Seema Verma did tweet about the decline in average premiums this year and noted the enrollment start date. Health and Human Services Secretary Alex Azar has been silent about enrollment on Twitter, as has the department’s main account.

HealthCare.gov has its own Twitter handle, though the people running it have focused in the past week more on the flu and Covid-19 than on Affordable Care Act sign-ups — recent posts have included repeated reminders to wear masks and to wash hands.

Other groups are stepping up their own efforts to get the word out. Joshua Peck, a former CMS official who led HealthCare.gov marketing under the Obama administration, said his group Get America Covered for the first time is running a six-figure digital ad campaign to promote open enrollment.

Despite this year’s unusual circumstances — and the Supreme Court arguments on Nov. 10 that will leave uncertainty about the ACA’s future — experts don’t expect enrollment to sink. It’s held steady in previous years in the face of Republican repeal attempts and prior legal challenges. Insurers are projecting optimism that Obamacare will survive this one too.

“I don’t believe when push comes to shove, they really want to put all these people during the height of a pandemic on the streets with no insurance,” said Centene CEO Michael Neidorff during an investor call this week. His company insures millions of people in the Obamacare marketplaces and Medicaid, the low-income health coverage program that has been expanded by 38 states and Washington, D.C., under Obamacare.

Trump has suggested taking another crack at Obamacare repeal, repeatedly teasing a replacement plan that has yet to materialize. And with the Supreme Court expected to decide on Obamacare in the spring, a ruling that eliminates or undercuts the law would force Congress into a fraught rescue mission.

The insurance marketplaces have stabilized since the law’s turbulent debut seven years ago, while Obamacare enrollment has essentially plateaued at about 11 million people since 2015. More insurers have signed up to sell plans, and average premiums for the most popular coverage option have ticked down 2 percent, the third straight year of modest declines. Just 4 percent of counties will have only one insurer to choose from, down from 29 percent just three years ago. Even Trump boasts about the law’s performance though he insists it’s fundamentally broken.

“I told my people, run it as well as you can,” Trump said during the final presidential debate last week. “Here’s the problem: No matter how well you run it, it’s no good.”

After the coronavirus emerged and unemployment began soaring, Trump this spring refused to broadly reopen the law’s insurance marketplaces to the uninsured — surprising even some in his administration. Instead, the government set aside money to fund Covid-19 treatment for the uninsured, but it hasn’t been widely advertised or smoothly executed. Some uninsured patients have still received large medical bills or have been turned away by hospitals for not having coverage.

Some state-run marketplaces will keep enrollment open longer than the six-week window for states relying on the federal site. If Biden wins, it’s expected he would broadly reopen HealthCare.gov in January and restore Obamacare outreach funds that Trump gutted.

The law’s experts say they’re keeping enrollment expectations modest this year. That’s primarily because many of the industries hardest hit by the pandemic, like restaurants and hotels, were less likely to offer health plans to their workers, so many who lost their jobs may already have been uninsured or enrolled in the marketplaces or Medicaid.

As of June, nationwide Medicaid enrollment during the pandemic had increased by approximately 4 million to nearly 68 million, with larger gains in states that expanded the program to all low-income adults. Around the same time, nearly a half-million people signed up through a special enrollment period on HealthCare.gov after losing workplace coverage, up 46 percent from the same period a year ago, according to the Trump administration.

Eight months into the pandemic, it’s still not clear how many Americans have lost health insurance. The Urban Institute projects as few as 2.9 million people lost workplace coverage and remain uninsured, while the Commonwealth Fund estimates 7.7 million people lost workplace coverage but doesn’t project how many may have found insurance elsewhere.

Enrollment aides known as “navigators” say this sign-up period could be especially challenging if there are more people moving off employer insurance who may be unfamiliar with buying their own coverage. They may also be unsure about their expected income for next year, making it more difficult to find the right plan.

Obamacare plans remain pricey for many who don’t qualify for the law’s generous subsidies for lower-income people. In recent years, no more than 16 percent of Obamacare customers bought coverage without the help of federal subsidies.

Even subsidized customers may find the coverage is expensive. For instance, a 29-year-old man in Tulsa, Okla., earning $30,000 would pay a $72 monthly premium for the cheapest plan, which comes with a $7,900 deductible, according to federal data. A 42-year-old woman in Tucson, Ariz., making $40,000 per year would pay more than $300 in monthly premiums for a mid-level “silver” plan with a $7,750 deductible.

Some navigators said they have seen higher interest than usual from prospective customers.

“I can tell you that personally, I am booked out for the first several weeks of open enrollment,” said Ray, who leads enrollment group Florida Covering Kids and Families.

Navigators say the pandemic has complicated their efforts, forcing most enrollment assistance to take place online or over the phone. Navigator outreach and sign-ups have also drastically shrunk since the Trump administration reduced their annual funding from $67 million to $10 million.

“Social distancing guidelines limit our ability to be in-person, but the sheer reduction in the number of [enrollment] assisters in our state is of greater concern,” said Shelli Quenga, who runs a nonprofit insurance agency in South Carolina called the Palmetto Project. “It undoubtedly is a barrier to enrollment, especially when combined with the absence of a comprehensive ACA marketing campaign from the federal level.”

Dan Goldberg contributed to this report.