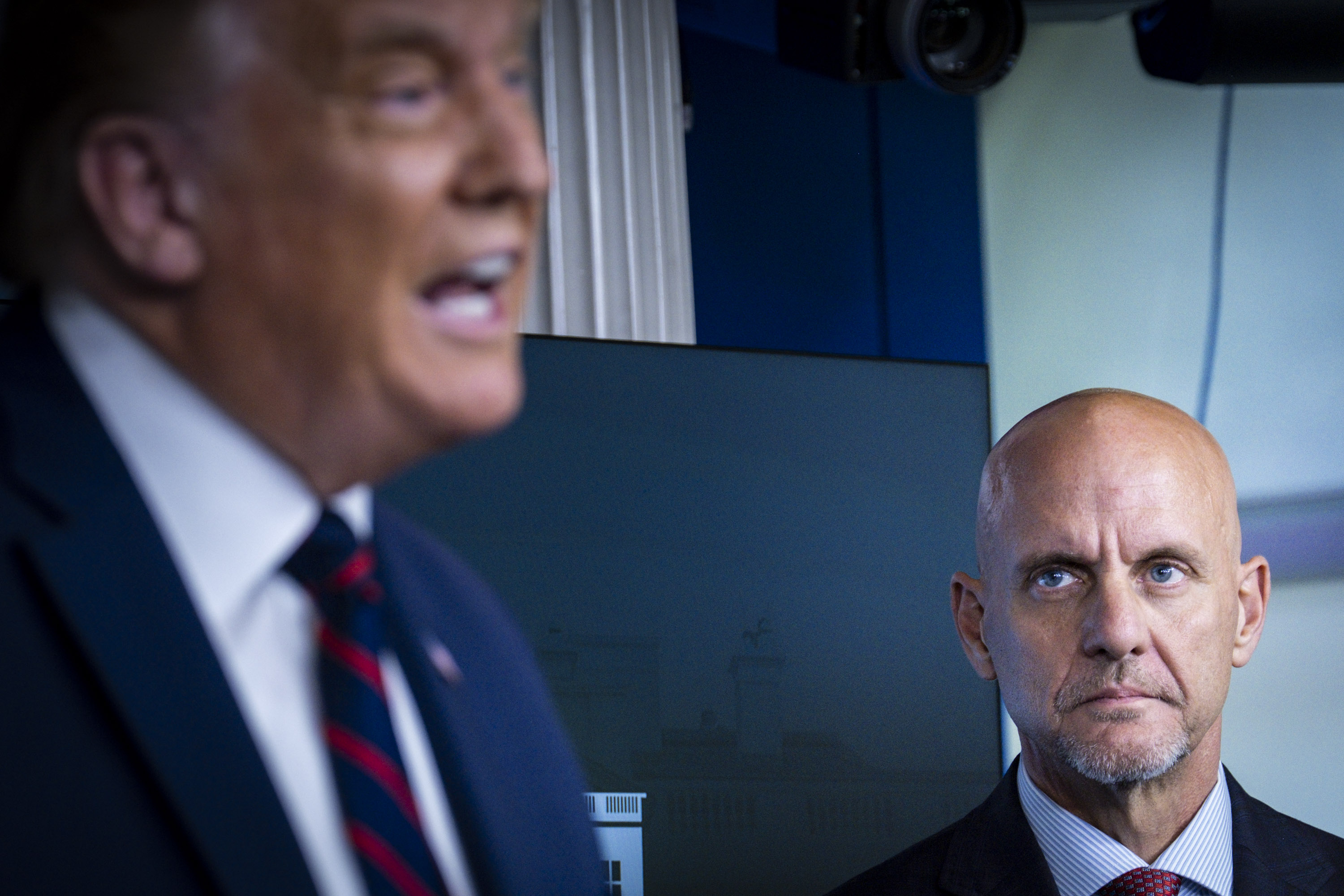 An HHS spokesperson said the department is still evaluating its implementation of the order, and the guidance issued by the White House so far has been vague.

A late October memo from the Office of Personnel Management gave agencies 90 days — or roughly until Inauguration Day — to draw up and submit initial lists of positions eligible for reclassification under the order.

The sweeping mandate, which came with no advance warning, prompted immediate pushback both inside and outside the administration.

The National Treasury Employees Union, which represents career officials across several agencies, is already suing to strike down the order. And Ronald Sanders, the Trump administration-appointed head of an advisory council on civil service, resigned in protest of the policy.

“It was accountability more to political loyalty than it was high performance,” Sanders said of his interpretation of the order’s goal. “So that was my red line.”

Health agencies are especially worried about the fallout from the president’s order, according to a half-dozen officials across the Department of Health and Human Services. Its work to combat the pandemic has conflicted with Trump’s efforts to downplay the threat and swiftly reopen the economy, leading to a series of high-profile clashes over public health guidance, key economic decisions and even the true severity of the crisis.

The FDA is viewed as particularly vulnerable, given its heavy reliance on career scientists across a range of regulatory areas and its recent battles with top Trump aides over standards for coronavirus vaccines.

White House officials have also previously discussed trying to stock agencies like the Centers for Disease Control and Prevention with more political appointees in an effort to exert greater control over its decision-making.

And on Sunday, Trump suggested he would fire Anthony Fauci, the director of National Institute of Allergy and Infectious Diseases, soon after Election Day, in what some officials saw as a foreshadowing of a widespread overhaul to come if the president wins reelection.

Fauci declined to comment. And even under the executive order, it’s unlikely that Trump could directly remove him without the support of National Institutes of Health Director Francis Collins or HHS Secretary Alex Azar, due to a carve-out that excludes officials in the government’s Senior Executive Service from being reclassified.

Collins has ardently backed Fauci in recent weeks, even as Trump and his allies amped up their complaints, saying Oct. 23 that the agency needs “more Tony Faucis — we don’t have enough of them.”

Yet beyond Fauci, the order would still cover thousands of civil servants across the federal government’s health agencies, allowing Trump to effectively remake the federal bureaucracy over the next four years.

“The targeted population isn’t the Dr. Faucis of the world, it’s the people who provide him with information, who write the reports, who analyze the studies and conduct the studies and who keep people like him informed and political appointees informed,” said Jacqueline Simon, policy director for the American Federation of Government Employees.

The FDA is particularly at risk, due largely to a quirk in its hiring practices. The agency over the last few years has reclassified dozens of career scientists under a special authority created by Congress that allows it to pay them higher salaries in an effort to retain top talent.

Several of those longtime FDA officials played central roles in episodes that angered the White House throughout the course of the pandemic, including disputes over the use of hydroxychloroquine as a Covid-19 treatment and the botched rollout of convalescent plasma as a therapy for the disease.

The conflict has intensified as White House officials have sought to deliver on the president’s promise of a coronavirus vaccine before Election Day.

Hahn, backed by career scientists like Marks, has insisted repeatedly that the FDA would resist political pressure to rush out unproven Covid-19 vaccines and treatments. The FDA chief ultimately made the unilateral decision to impose more stringent vaccine requirements, which effectively ruled out the possibility of a Covid-19 shot by Nov. 3.

It was a decision that won widespread praise among the career civil servants across the FDA, officials said — and one they now worry may have set the stage for a Trump-ordered house-cleaning come 2021.

“You’ve got folks who are senior, committed, world-class scientists,” the FDA official said. “All of whom in some way — directly or indirectly — have conflicted with the administration.”

Eleanor Mueller contributed to this report.