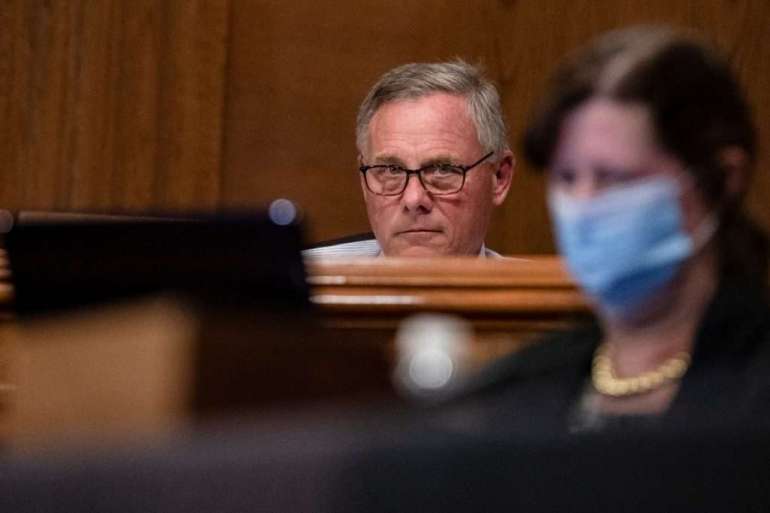 The intrigue between Burr and Paul is just one piece of an intricate dance among potential committee chairmen as Republicans look poised to hold a narrow majority in January with two run-offs in Georgia awaiting. If Democrats can upset GOP Sens. David Perdue and Kelly Loeffler in those races, the new GOP majority would be short-lived, provided Biden wins the presidency. And GOP leadership of the committees could look quite different.

But for now, preparations have to begin for the next Congress. And a series of committee configurations are possible, according to Senate Republican sources. With the Senate GOP set to begin its fourth term in the majority, a number of Republican chairmen will be term-limited from their positions due to party rules that limit them to three two-year terms.

All these decisions have to be approved by the entire Senate Republican Conference, but senators and aides have begun sketching out who will have the gavels next year, in a complex game that relies on the decisions of people like Burr. Senate Majority Leader Mitch McConnell’s office declined to comment on potential committee chairmanships.

Another senior Republican senator, John Barrasso of Wyoming, could leave the Environment and Public Works chairmanship for leadership of the Energy Committee, where Lisa Murkowski of Alaska is term-limited. Barrasso is undecided, according to two sources. If he did swap gavels, Sen. Shelley Moore Capito (R-W.Va.) would be next in line for the Environment panel.

Even if Paul does not take on the HELP Committee, he may have another shot at a chairmanship. Sen. Marco Rubio (R-Fla.) who is temporarily replacing Burr on the Intelligence Committee, also chairs the Small Business Committee. In the next Congress, Rubio is likely to stay on as chair of the intelligence panel and expected to cede Small Business, and Paul is next in line.

Sen. Chuck Grassley (R-Iowa) is set to return to the Senate Judiciary Committee, after giving up the gavel for two years to chair the Finance Committee. The current chairman of Judiciary, Lindsey Graham (R-S.C.), is presumed to helm the Senate Budget Committee. Sen. Mike Crapo (R-Idaho), meanwhile, is in line to replace Grassley on Finance while Sen. Pat Toomey (R-Pa.) is expected to take over the Banking Committee from Crapo.

The Senate Homeland Security Committee will also see a change, with Sen. Rob Portman (R-Ohio) poised to replace Sen. Ron Johnson (R-Wis.), who has used his perch to investigate former Vice President Joe Biden’s son Hunter. Portman is expected to shift the focus of the committee to issues like cybersecurity, oversight over the government’s response to coronavirus, the addiction epidemic, human trafficking and national security.