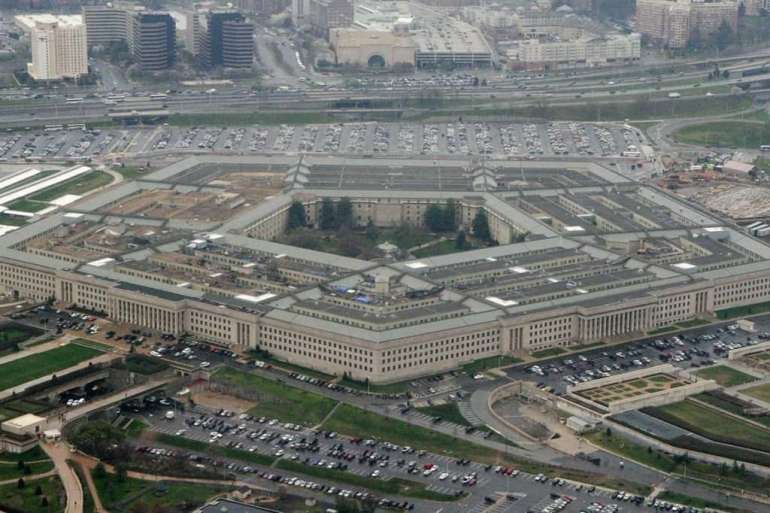 “I am particularly grateful to have been entrusted with leading the dedicated men and women of Policy, who play a key role in our Nation’s security,” Anderson wrote in the letter. “Now, as ever, our long-term success depends on adhering to the U.S. Constitution all public servants swear to support and defend.”

Anderson stepped down after clashing with the White House personnel office, according to current defense officials and one former defense official, who expect Anderson will be the first of several departures in the wake of Esper’s firing.

A Pentagon spokesperson could not immediately be reached for comment. A White House spokesperson said they don’t comment on personnel.

As one of the most senior officials in the Pentagon, the undersecretary of defense for policy is the principal adviser to the defense secretary on formulating national security and defense policy across a range of high-profile issues.

Anderson pushed back on several Trump loyalists the White House tried to install at DoD, including Frank Wuco and Rich Higgins, said one of the people, who like others requested anonymity in order to discuss sensitive personnel issues. The White House tried and failed to install Wuco, a controversial former talk radio host who once called President Barack Obama “a Kenyan,” as a deputy overseeing special operations, and Higgins, a former National Security Council staffer who pushed conspiracy theories on Twitter, as chief of staff for Tata.

Anderson has been acting as the Pentagon’s policy chief since February, when the White House pushed out John Rood, the last person to be confirmed in the job, over perceived insufficient loyalty to the president.

Anderson was confirmed by the Senate on June 3 in the position of deputy undersecretary of defense for policy, which had been vacant since July 2019. However, he has continued acting in the No. 1 role since the Senate canceled a confirmation hearing for the White House’s top choice, Tata, after CNN unearthed his Islamophobic tweets.

Tata, who has been performing the duties of the deputy position since the summer, will now likely slide into the No. 1 role. After the White House announced his nomination this year, Tata came under fire for tweets calling Obama a “terrorist leader” and for referring to Islam as the “most oppressive violent religion I know of,” among other controversial statements.

Tata, who was a frequent Fox News guest, also derided House Speaker Nancy Pelosi and Rep. Maxine Waters (D-Calif.) on Twitter, and shared an article that promoted a conspiracy theory that Obama was a “Manchurian candidate.” Tata later said he regretted the now-deleted tweets.

The White House withdrew Tata’s nomination in July after the Senate abruptly canceled his nomination hearing minutes before it was set to begin. A statement from Senate Armed Services Chair Jim Inhofe (R-Okla.) at the time said the committee didn’t have enough information to hold the hearing.

Prior to moving to the policy shop, Anderson served as assistant secretary of defense for strategy, plans and capabilities in the Trump administration. A former intelligence officer in the Marine Corps, Anderson has served in various roles in academia and the think tank world, including stints at Marine Corps University and the Heritage Foundation. He also worked as an associate at DFI International, a private consulting firm.

He previously served in the Pentagon in the George W. Bush administration as director of Middle East policy, among other positions.