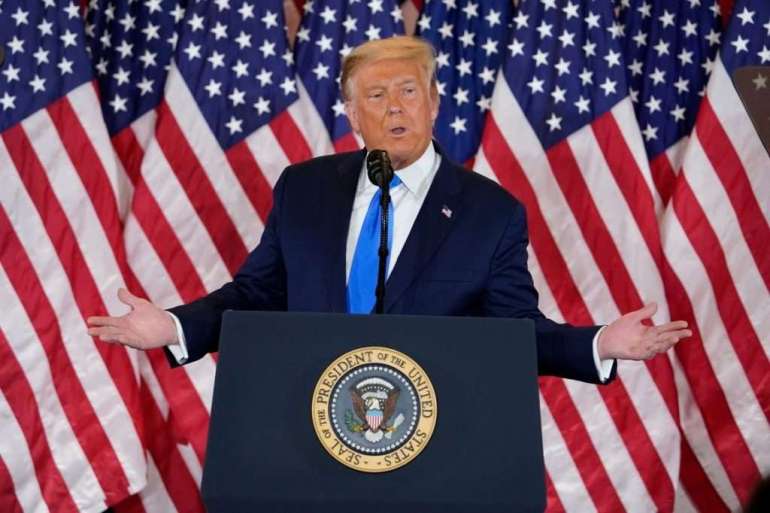 Context: Kuperberg’s reassignment is the latest in a string of high-level personnel moves to remove officials deemed insufficiently loyal to President Donald Trump after his reelection loss. Earlier on Monday, Trump fired Defense Secretary Mark Esper. On Friday, Neil Chatterjee was removed as FERC chair on Friday after advocating for opening up markets to renewable sources and exploring carbon pricing.

The U.S. has a long history of candidates conceding when results are decisive. Or … it had a long history. POLITICO’s Nancy Cook breaks down why Trump is refusing to accept reality while much of the world already has — and why it could spell trouble for President-elect Biden’s transition.

Background: Congress requires the federal government to produce updated NCA reports, the authoritative government-wide report on climate change, every few years. It is produced by the USGCRP, which coordinates contributions from 13 government agencies.

The most recent edition, the fourth version, was issued in 2018, and despite concerns that Trump administration officials would tamper with its findings, was widely praised as accurately portraying the threat posed by climate change.

Kuperberg’s departure comes in the wake of the Trump administration hiring of David Legates, an academic at the University of Delaware who has written that “carbon dioxide is plant food and is not a pollutant,” to a newly created political position at NOAA.

The news: Kuperberg had run the USGCRP since 2015 and was expected to remain there until the fifth edition was completed in 2023. An administration official who was not authorized to speak publicly confirmed Kuperberg’s move and said the change was a surprise.

The White House did not have an on-the-record comment about Kuperberg’s removal. Climate scientist Don Wuebbles confirmed to POLITICO that Kuperberg was informed by email on Friday that he was getting sent back to his post at DOE.

Much of the work on the next assessment will take place during the Biden administration, but Trump officials might still influence the report in its remaining months. Nov. 14 marks the deadline for author nominations, and a new executive director could push for the program to select nominees that have views more aligned with Trump’s on climate change.

But NOAA Chief Scientist Ryan Maue, another recent Trump appointee, said he imagined Weatherhead would continue on as the climate assessment lead, and noted the incoming Biden administration could make changes.

“The election obviously changed the calculus on a lot of things,” Maue told POLITICO.