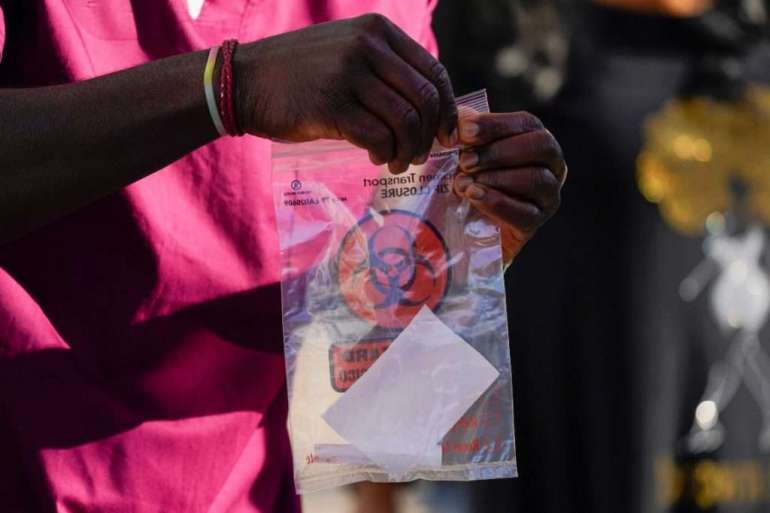 “The surge in demand for testing will mean that some members could reach or exceed their current testing capacities in the coming days,” said Julie Khani, the president of the American Clinical Laboratory Association, which represents private labs, including LabCorp and Quest.

Methods to conserve testing supplies like pooling are increasingly not feasible because of high positivity rates in communities across the country, Khani added.

Association of Public Health Laboratories CEO Scott Becker said that while the country has grown its testing capacity significantly since the spring, the current spike is “a terrible situation.”

“Labs are doing everything they can to eke out whatever additional capacity they can, but they are limited by supplies and in some cases test kits,” Becker said. “Some things have changed for the better, other things have not.”

HHS testing czar Brett Giroir told POLITICO the mean turnaround time for for commercial laboratories currently stands at 1.6 days. Lab-based testing is a significant portion of overall testing capacity; however, 50 million to 60 million point-of-care tests are available this month, according to HHS.

“These tests should obviate much of the need for expensive referral labs that do not supply immediate results and meet the infection control needs of critical institutions, like nursing homes,” Giroir said. “If ACLA cannot provide appropriate turnaround times, we are happy to surge [point-of-care] tests and support local public health labs to make up the differences.”

Some private labs are facing delays or cancellations of orders for supplies like pipette tips needed to perform tests amid the surging demand, Khani said.

HHS last month invested $33 million into the Swiss pipette tip-maker Tecan, due to the “unprecedented demand,” but it will take until next October to set up new domestic manufacturing and start to scale up monthly production to 40 million. A Tecan spokesperson said the company is not canceling orders, but acknowledged it is having difficulty meeting customers’ demand for the products.

The crunch for testing supplies could challenge President-elect Joe Biden’s efforts to ramp up testing. Biden has called for establishing a “Pandemic Testing Board” to increase production and distribution of tests, double the number of drive-through testing sites and increase investment into new types of Covid-19 tests, like those that can be conducted at home.

But Becker said the incoming administration has a limited ability to rapidly expand access to testing supplies. “With testing, decisions have been made over the last 10 months that make turning this ship quickly a difficult task,” Becker said.

Multiple public health experts told POLITICO the CDC should be making a greater effort to educate health providers and the broader public about how to understand the role and limitations of different types of Covid-19 testing. Reducing unnecessary tests could help save supply.

“There’s been a real lack of communication about how to understand results and when to get tested,” said one former HHS official who requested anonymity. “Nobody is really saying, ‘Here is how to use testing responsibly.’”

Giroir and lab leaders called on people to more rigorously follow public health measures like physical distancing, hand-washing and mask-wearing to help tamp down the new surge in cases.

“Testing is a vital facet of a public health strategy, but testing alone is not going to stop the spread of the virus,” Khani said. “We must take the actions necessary to contain the virus in all communities.”