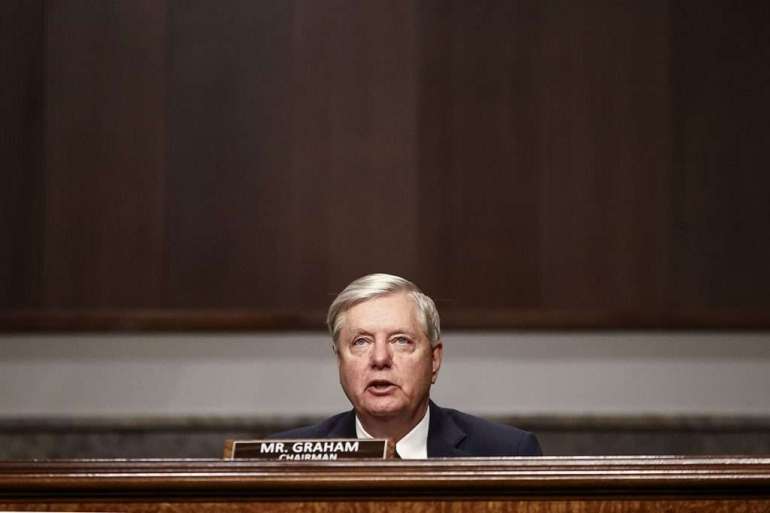 The initial remarks from Graham, the chairman of the powerful Senate Judiciary Committee, provoked some confusion after Arizona Secretary of State Katie Hobbs tweeted that she and the senator had not spoken.

Nevada Secretary of State Barbara Cegavske released a similar statement saying she had not spoken to Graham “or any other members of Congress regarding the 2020 general election in Nevada or my role in the post-election certification process.”

Graham’s comments also came as Georgia Secretary of State Brad Raffensperger, a Republican, repeated his allegations that the senator had pressured him to toss out legal ballots when they spoke last Friday. Graham has denied that charge, saying he and Raffensperger had a “very pleasant” conversation about the state’s signature verification process.

“I really just got off the call and I said I would circle back, and I’d talk to counsel, and I’d get back to him,” Raffensperger said Tuesday on “CBS This Morning,” describing his phone call with Graham. “And we just decided the best action was not to get back and re-engage.”

Raffensperger said he thought Graham was calling to discuss the state’s two Senate runoff elections in January — which will decide control of the chamber — but “when it went down this other path, I think the best thing was to just disengage and move forward.”

Graham and most Republican lawmakers have joined with the White House in refusing to acknowledge Joe Biden as president-elect, while Trump’s campaign continues to mount legal challenges to the election results in several swing states.

Arizona, Georgia and Nevada were all 2020 battlegrounds that were called in Biden’s favor, though Georgia is undertaking a hand recount of its ballots from the presidential election.