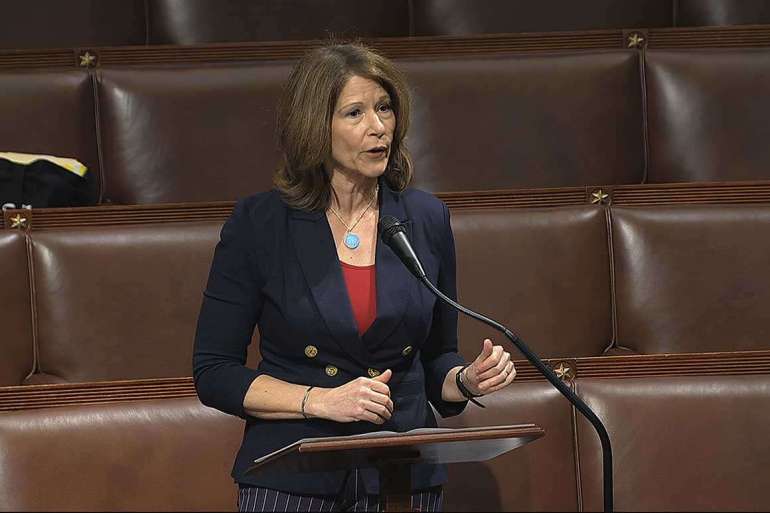 “We must all continue to be vigilant in following public health best practices: wear a mask, practice social distancing, get your flu shot and wash your hands,” Bustos tweeted. “The only way we will get this pandemic under control is by working together.”

Bustos, who narrowly won reelection this month, is one of the several members of Congress who have either tested positive or are quarantining. Rep. Tim Walberg (R-Mich.) also said on Monday that he had tested positive. Like Bustos, he said his symptoms were mild and added that he hadn’t attended a public event in more than a week, implying that his exposure to other people was probably minimal.

Rep. Mark Pocan (D-Wis.) announced that he had been quarantining since Tuesday after his mother, whom he helped move to a new nursing home last Monday, tested positive. He said he wore a mask while driving with her for two hours and tested negative on Friday. While he waits to be tested again at the end of this week, he shared on Twitter that both he and his mother remained asymptomatic. In his announcement, he urged people to stay at home and wear a mask as Wisconsin’s coronavirus numbers continue to break new records. As of Sunday, the positivity rate there was 33.7 percent.

Meanwhile, Rep. Don Young (R-Alaska), who at 87 is the oldest member of Congress, also addressed concerns about his health on Monday after testing positive for the virus last week.

“There has been much speculation in the media on my current condition, and I want Alaskans to know that their Congressman is alive, feeling better, and on the road to recovery,” he tweeted.

Young said he was discharged from the hospital after being admitted over the weekend for treatment and monitoring. While he assured his constituents that he was in good health, he added: “Very frankly, I had not felt this sick in a very long time.”

In his tweets, he also called the media “irresponsible” for speculating on his health and invading his privacy, implying that this could lead “Alaskans to be scared of seeking testing or treatment out of privacy concerns.”

These representatives join a growing group of lawmakers who have tested positive for Covid-19 over the past few months, many who contracted the virus from events at the White House and the Capitol.

In late September, the White House hosted a Supreme Court nomination ceremony for Judge Amy Coney Barrett in the Rose Garden, which was later labeled as a “superspreader” event by Dr. Anthony Fauci, the nation’s top infectious disease expert. Sens. Mike Lee (R-Utah) and Thom Tillis (R-N.C.) both attended the event and then interacted with other senators on Capitol Hill before testing positive. Sen. Ron Johnson (R-Wis.) subsequently tested positive, although he wasn’t at the Rose Garden event. Other members tested negative but quarantined because of exposure at the nomination ceremony, including Sens. Ted Cruz of Texas and Ben Sasse of Nebraska and Rep. Mike Johnson of Louisiana — all Republicans. President Donald Trump and first lady Melania Trump announced less than a week later that they had also contracted the virus.

Before that, Rep. Louie Gohmert (R-Texas), triggered a string of quarantines among other lawmakers after testing positive in July and refusing to wear a mask while conducting business on the Hill. Rep. Raúl Grijalva (D-Ariz.), who had been in contact with Gohmert, tested positive a few days later.