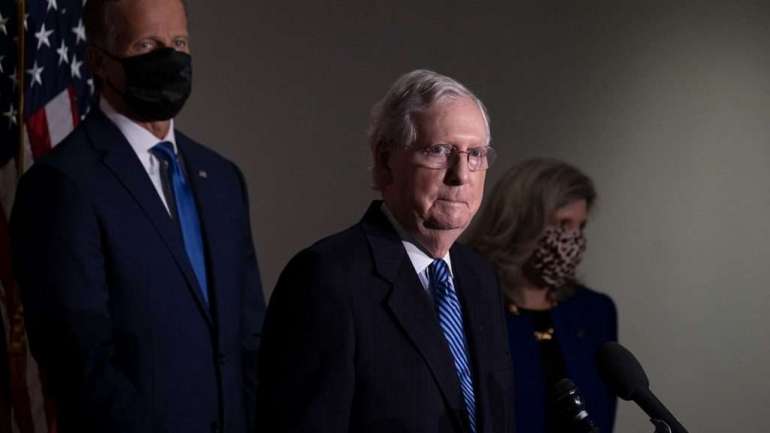 Senate Majority Leader Mitch McConnell pledged on Tuesday that the presidential transition would be orderly, despite concerns that the General Services Administration is delaying the process.

During a news conference, a reporter asked McConnell (R-Ky.) why the GSA had yet to launch the official transition process. The majority leader responded that legal disputes over the election would be settled in court first, but he promised that “all of this will happen right on time and we’ll swear in the next administration on Jan. 20.”

“We’re going to have an orderly transfer from this administration to the next one,” McConnell said. “What we all say about it is, frankly, irrelevant.”