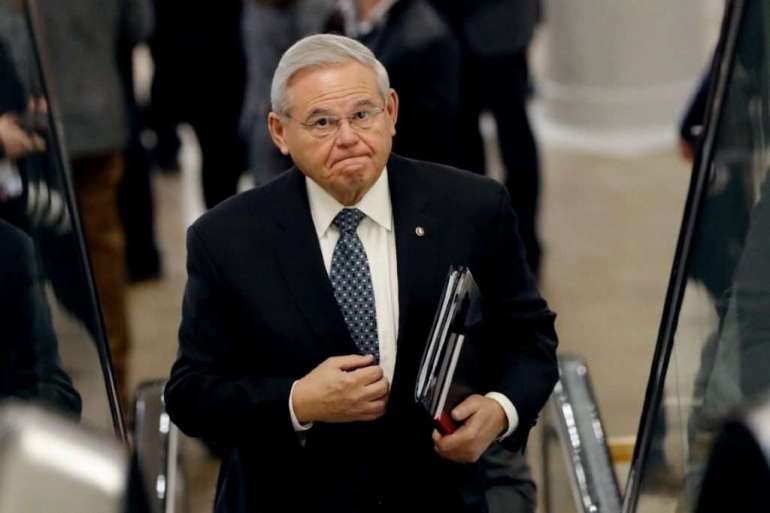 “As I tried to warn the Trump administration, circumventing deliberative processes for considering a massive infusion of weapons to a country in a volatile region with multiple ongoing conflicts is downright irresponsible,” Menendez said in a statement.

The senators charge that the Trump administration circumvented the standard protocol for arms sales to foreign nations, which includes a congressional review period. They also said the administration has not responded to their questions about how the U.S. “would deal with specific national security risks inherent in the proposed sale,” which includes 50 F-35 aircraft, a massive stockpile of missiles, and 18 Reaper drones.

Such munitions would be serious upgrades for Abu Dhabi’s military capabilities as it continues to deploy proxies in Yemen and other nations.

In addition to their concerns about heightening tensions in the region, Democrats have argued that the outgoing Trump administration should not be making major foreign policy moves during the presidential transition period — especially ones that could hamstring the incoming Biden administration.

“A sale this large and this consequential should not happen in the waning days of a lame duck presidency, and Congress must take steps to stop this dangerous transfer of weapons,” Murphy said.

But it remains highly unlikely that Congress will be able to stop the transfers. President Donald Trump is certain to veto any effort to overturn the sales, and a two-thirds majority in both chambers would be required to override a presidential veto.

The statutory 30-day window for blocking the sales ends on Dec. 10.

Jacqueline Feldscher contributed to this report.