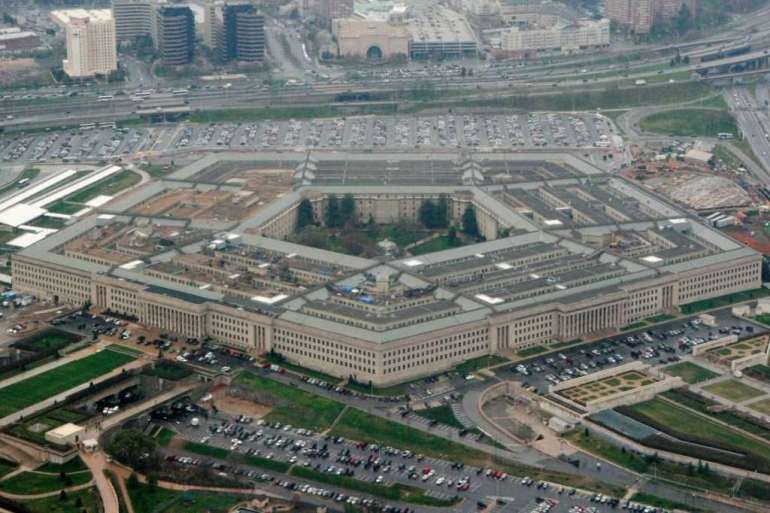 The Pentagon is continuing to conduct contact tracing to determine the extent of possible infections among its civilian leaders. Tata tested positive after a visit by Lithuanian Defence Minister Raimundas Karoblis to the Pentagon on Nov. 13 and will isolate at home for 14 days. Acting Defense Secretary Chris Miller and the three service secretaries also met with Karoblis, who tested positive days after his Pentagon visit, but they are not quarantining.

“We will report additional positive cases as appropriate,” Pentagon spokesperson Jonathan Hoffman said in a statement.

As part of the move to raise the Pentagon’s health protection level from “Bravo” to “Bravo Plus,” the building will go down from 80 to 60 percent maximum occupancy, Hershman said. Officials expect the actual occupancy of the building to be much lower in the coming weeks; the Pentagon has not been above 50 percent occupancy since the early days of the pandemic.

In addition, the Pentagon will double the number of temperature checks on workers entering the building.

All visitors to the building already receive temperature checks, Hershman said. Within the building, officials frequently conduct meetings by phone or remote video, and minimize the number of people physically attending meetings, she said.

Leaders will also be encouraging employees to telework and use sick leave as much as possible, particularly given the upcoming holiday, and there will be further restrictions placed on the Pentagon’s athletic center, Hershman said.

The news Thursday that Tata had tested positive marks the second instance of Covid-19 in the senior ranks of the Pentagon. All but one of the Joint Chiefs of Staff, as well as two other four-star officers, were forced to quarantine in October after meeting in the secure Pentagon conference room with Vice Commandant of the Coast Guard Adm. Charles Ray, who tested positive for the virus. Assistant Marine Commandant Gen. Gary Thomas also later tested positive.