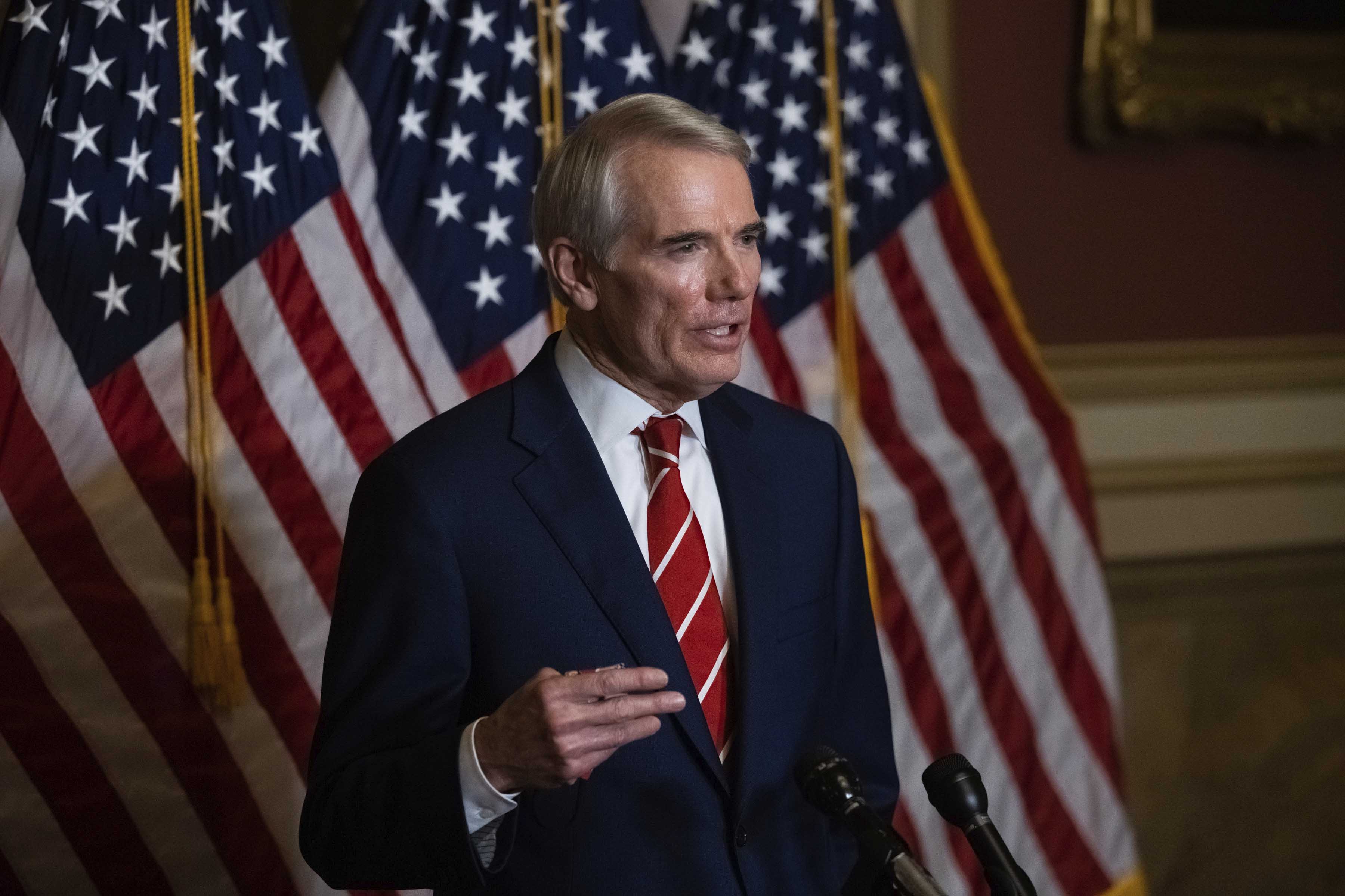 Portman, who is up for reelection in 2022, is the latest GOP senator to say the transition process should start, even as President Donald Trump pursues his long-shot bid to overturn the election results based on unsubstantiated claims of voter fraud. Emily Murphy, the GSA administrator, has refused to certify Biden as the winner of the election, preventing the president-elect’s transition team from coordinating with federal agencies, receiving briefings or having access to certain funds.

The GOP recognition of Biden’s success will be critical to getting his Cabinet confirmed. Much of that work begins now, and committee hearings often start before the president-elect is sworn in so his Cabinet can be confirmed quickly. Biden announced Monday he would nominate Antony Blinken for secretary of State, Alejandro Mayorkas for secretary of Homeland Security and Avril Haines as director of National Intelligence.

Should Republicans keep the Senate in January, Portman would oversee Mayorkas’ nomination as chair of the Homeland Security Committee. Sen. Jim Risch of Idaho, who chairs the Senate Foreign Relations Committee, would hold Blinken’s confirmation hearing, and Sen. Marco Rubio of Florida would handle Haines’ hearing. Like Portman, Risch and Rubio have also acknowledged the need for a transition.

Instead of conceding the election, Trump is pressuring state officials to reject certification of states Biden won, including Michigan. Last week, the president invited Michigan GOP lawmakers to the White House, though the state lawmakers who met with Trump said after the meeting that they received no evidence that would change the outcome of the election. The Electoral College vote is scheduled for Dec. 14.

Even though Trump’s legal challenges are getting thrown out in court, the universe of Republicans calling for the transition of power to begin may remain small. Senate Majority Leader Mitch McConnell of Kentucky has yet to recognize Biden as the president-elect and most Senate Republicans are following suit. Rep. Liz Cheney of Wyoming is the only member of GOP leadership in the House or Senate who has called on Trump to either demonstrate evidence of fraud or move on and “respect the sanctity of our electoral process.”

The majority of Republicans who have said the transition should begin have also recognized Biden as president-elect.

In a statement Sunday evening, Sen. Lisa Murkowski of Alaska said Trump had the opportunity to pursue his legal challenges, but noted that they have so far fallen short.

“A pressure campaign on state legislators to influence the electoral outcome is not only unprecedented but inconsistent with our democratic process,” Murkowski said. “It is time to begin the full and formal transition process.”

Over the weekend, Sen. Pat Toomey of Pennsylvania formally congratulated Biden on winning the election, after a federal District judge in Pennsylvania dismissed Trump’s lawsuit to throw out millions of votes. Toomey was among the first Republicans who, earlier this month, called for the transition process to start and said it was “quite likely” Biden would be the 46th president.

In his statement Saturday, Toomey, who will retire in 2022, praised Trump for policies enacted during his administration and encouraged the president to “accept the outcome” of the election “to ensure that he is remembered for these outstanding accomplishments, and to help unify our country.”

GOP Sen. Susan Collins of Maine, along with Sens. Mitt Romney of Utah and Ben Sasse of Nebraska have also recognized Biden as the next president and slammed Trump’s pressure campaign to reverse the election results. Romney, who voted to convict Trump earlier this year during the impeachment trial, said last week that “it is difficult to imagine a worse, more undemocratic action by a sitting president.”

Sen. Lamar Alexander of Tennessee, who is retiring this year, has also called on the transition process to begin.

Yet the reluctance of most Republican senators to push Trump to concede highlights the firm grip the president holds, and will continue to hold, on his party. Republicans also need Trump’s assistance to help win the two runoff races in Georgia on Jan. 5, which will determine control of the Senate. While the GOP is favored to hang on, Republicans are still counting on the president to turn out his base of voters and potentially campaign in the state.