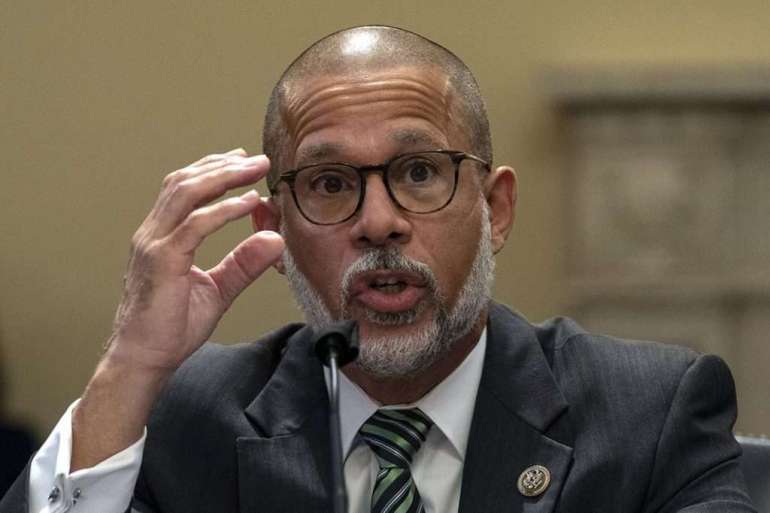 The debate has caused a rift within the House as many Democrats say the question of whether to hold firm on the issue — even if it results in a public fight with Trump and potentially delaying passage of the bill until early next year — speaks to the core of Democratic values. And for many, especially Black and progressive lawmakers, it’s one of the only key legislative victories that might become law after a wave of national protests over the killing of George Floyd and other Black Americans by police.

Those Democrats worry that whatever compromise language is proposed will be too watered down to actually be effective and could be something as neutered as expressing support for renaming the bases and encouraging the incoming Biden administration to do so — but not actually requiring action.

“Those names, Confederate names, were put up there to sow division and hatred, to subjugate a people,” Brown said. “We’re not going to dilute this with some … abstract notion about ‘Oh, let’s just promote peace and harmony and eliminate hatred.’ … It needs to be clear on that.”

Rep. Barbara Lee (D-Calif.), a senior progressive and CBC member, said Democrats must ensure the provision remains in the bill “if people are committed, as I think members of our Democratic caucus are, to ending systemic racism.”

“What’s important is that we’ve got to fight,” Lee said, noting that she believes most Democrats will want to follow the lead of the CBC. “We’re standing firm on that. Let’s hope the Senate Republicans do the right thing.”

But some Democrats say even more can be done next year and that Biden can accomplish much of this on his own via an executive order. The former vice president backed efforts to rename the installations during the campaign.

And other Democrats say the party is spending so much time arguing with one other that they’re weakening their negotiating position on the issue — even though they’ve already secured bipartisan support on the idea. They say it’s the Republicans who should be squirming, not Democrats, since it’s a GOP president who’s attempting to preserve Confederate history against the wishes of his own party in order to satisfy his base.

Meanwhile, Senate Democrats on the Armed Services Committee are essentially unified on keeping the language to rename bases as is, from progressives like Elizabeth Warren of Massachusetts to moderate Joe Manchin of West Virginia, according to a source familiar with the matter.

The issue is a top priority for the Congressional Black Caucus, which unanimously voted last week to adopt a formal position requiring that any bill must have the renaming of any military property honoring the Confederacy within three years. With the two parties deadlocked over policing reform, the renaming of Confederate bases could be the most substantial language on justice for Black Americans signed into law this year.

The Senate bill would give the Pentagon three years to rename the bases. The more expedited House provision, authored by Brown and Nebraska Republican Don Bacon, would do so over just one year.

But even after House and Senate Republicans largely agreed to the renaming of Confederate bases this summer, there have been some new complications.

Smith said last week that House negotiators now back the slower Senate proposal to remove Confederate names over three years, but to no avail so far. He chided top Senate Republicans, who have indicated they won’t approve a bill Trump will veto, for giving the president cover on the issue.

“Thus far, they are refusing to accept their own language,” Smith said.

Still, he sounded an optimistic note that lawmakers can bridge their differences and pass a 60th consecutive defense bill on time.

“Just about every year with maybe one or two exceptions we run into things that appear intractable and then we find some way to make them tractable,” Smith said. “I don’t know exactly what that is at the moment, but we’re not giving up.”

Burgess Everett and Andrew Desiderio contributed to this report.