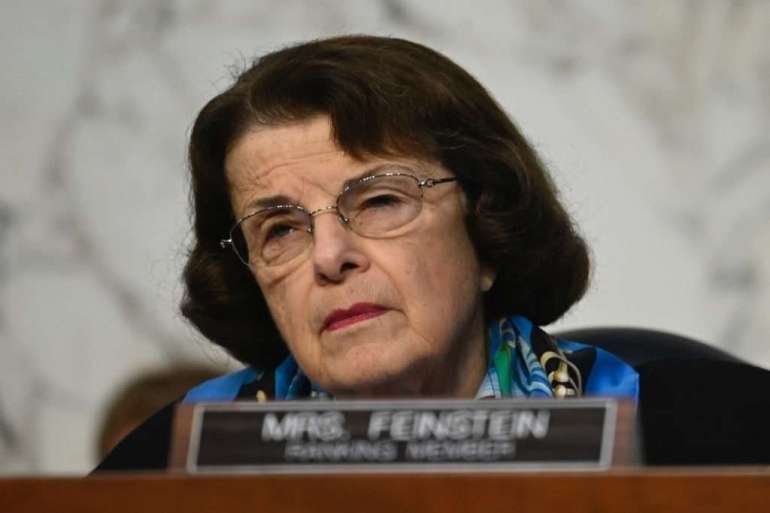 Feinstein added that she planned to focus her attention on combating climate change and the coronavirus pandemic.

Members of her own party had expressed concern before Barrett’s hearing that the 87-year-old wouldn’t be aggressive enough. Her approach to the battle over filling the seat left by the late Ruth Bader Ginsberg soon confirmed many Democrats’ fears, particularly after she praised Senate Judiciary Committee Chairman Lindsey Graham (R-S.C.) for his handling of the process and gave him a hug at the conclusion.

Shortly after the hearings, several liberal groups called on her to resign from her position. One of those groups, Demand Justice, applauded her decision to step down.

“This was a necessary step if Democrats are ever going to meaningfully confront the damage Donald Trump and Mitch McConnell have done to the federal judiciary,” said Brian Fallon, executive director of Demand Justice. “Going forward, Democrats on the Senate Judiciary Committee must be led by someone who will not wishfully cling to a bygone era of civility and decorum that Republicans abandoned long ago.”

After the hearings, Senate Minority Leader Chuck Schumer (D-N.Y.) said he had a “long and serious” talk with Feinstein. Senate Minority Whip Dick Durbin (D-Ill.) is next in line for the job, followed by Sen. Sheldon Whitehouse (D-R.I.).

Durbin announced his interest in the post later Monday evening.

“I intend to seek the top Democratic position on the Judiciary Committee in the 117th Congress,” he said. “We have to roll up our sleeves and get to work on undoing the damage of the last four years and protecting fundamental civil and human rights.”

Some of Feinstein’s colleagues praised her tenure following her announcement. Sen. Richard Blumenthal (D-Conn.), a member of the Judiciary Committee, said Feinstein “has been a steadfast and strong voice for the rule of law against an administration that continually jeopardized it” and said he looked forward to continuing to work with her.

Schumer said he was “deeply grateful” for Feinstein’s leadership on the committee, adding, “I know Senator Feinstein will continue her work as one of the nation’s leading advocates for women’s and voting rights, gun safety reform, civil liberties, health care, and the rights of immigrants who are yearning to become citizens of this great country.”

Should Democrats win the Senate in two Georgia runoffs, the Judiciary Committee chairmanship would be an exceedingly important job for the party. But even if the Democrats don’t prevail there, the ranking member job will require pressuring Republicans to move President-elect Joe Biden’s nominations.