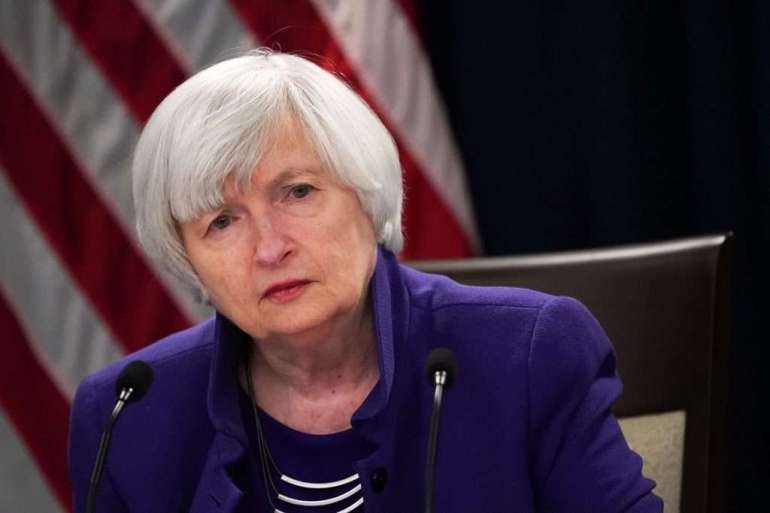 Perhaps most important, Yellen’s relationships with current Fed officials and knowledge of how the central bank can assist an economy still staggering from the coronavirus pandemic could prove critical to the incoming administration. Tim Geithner’s Fed background before he became Treasury secretary also helped then-President Barack Obama when he took office during the 2008-09 financial crisis and recession.

Yellen would become the first person to hold the top posts at the Treasury Department, Fed and the White House Council of Economic Advisers, where she was chair in the Clinton administration.

It will be tough for Republicans — should they control the Senate in January — to stand in the way of Yellen’s swift confirmation given her background and groundbreaking nomination. The pick, along with others coming out this week, shows how Biden is leaning toward well-known and trusted officials for top jobs and avoiding surprises that could become early obstacles for his administration.

Covid cases are soaring, businesses are staring at a gloomy winter, millions of Americans are struggling and Congress … well, they’re on recess. POLITICO’s Sarah Ferris breaks down why there’s still no deal on another round of coronavirus relief.

“It is remarkable to think of the depth and breadth of the respect she commands nationally and globally,” said Gene Sperling, a former top economic official in the Bill Clinton and Obama White Houses and an outside adviser to the Biden transition. “Through the years as both chair of the Council of Economic Advisers and at the Fed she has proven beyond any doubt that she is masterful at the broadest range of economic issues that will matter most right now — from emergency financial measures to the need for a bold fiscal response to labor market and tax policy. It is a brilliant choice.”

Biden last week said he’d made his choice for Treasury and that the pick “will be accepted by all elements of the Democratic Party, progressives through the moderate coalition.” That pointed directly to Yellen.

Other names on the list of potential candidates, including current Fed governor and former senior Treasury official Lael Brainard, lacked broad support among more progressive Democrats. POLITICO on Friday reported that multiple sources close to the Biden transition believed Yellen would be the pick.

Yellen irked some highly progressive Democrats by supporting very gentle interest-rate hikes late in her tenure in 2017 when the economy was growing and the Trump administration was pushing through a giant tax cut.

But the minimal hikes had broad support on Wall Street and in the economic community after the Fed spent nearly a decade with rates close to zero in the wake of the financial crisis. The hikes, continued under her successor Jerome Powell, were meant to get the Fed back to a more neutral stance and allow for fresh cuts when the economy hit trouble, as it did during the Covid-19 crisis.

For the most part, Yellen is considered a monetary policy “dove,” meaning she prefers keeping rates low to spur more hiring and faster job and wage growth without worrying too much about rising inflation.

Yellen is also widely known in Washington as a charming and funny policymaker with good relationships in both political parties. While she veers from the globe-trotting CEO credentials of some former Treasury secretaries before the past decade, she brings her own track record of management from leading the Fed in Washington and the Federal Reserve Bank of San Francisco.

News of her coming nomination on Monday drew praise from Sen. Elizabeth Warren (D-Mass.), who called her “smart, tough and principled” and said “she has stood up to Wall Street banks.”

Gary Cohn, a former Goldman Sachs executive who served as President Donald Trump’s National Economic Council director, said Yellen would be “the steady hand we need to promote an economy that works for everyone.”

Yellen is expected to play a central role on the incoming economic team’s efforts to craft a plan to nurse the economy through the latest surge in the Covid-19 crisis and until effective vaccines can be administered next year.

A GOP Senate may limit the fiscal stimulus Biden can pump into the economy, so having someone running Treasury who understands the role of monetary policy and the facilities available to the central bank to boost businesses and consumers will be critical.

In 2009, Geithner, who previously played a leading firefighting role in the financial crisis while serving as head of the Federal Reserve Bank of New York, helped guide the Obama team in shoring up the financial system and beginning a long economic recovery.

Financial industry analysts and economists also largely praised the pick, citing Yellen’s experience at the central bank as critical to the incoming administration, especially as outgoing Treasury Secretary Steven Mnuchin has forced the central bank to curtail some of its efforts to boost small business.

Mohamed El-Erian, chief economic adviser at Allianz and former head of bond giant PIMCO, said it “would be hard to think today of anyone else for this role who would receive as much widespread support as Janet Yellen, and understandably so. A highly experienced and grounded policymaker, she comes with enormous credibility, knowledge of the domestic and international economic landscape, and a global Rolodex.”

“Yellen has had a stellar career and it’s not over yet,” Chris Rupkey, chief financial economist at MUFG Union Bank, wrote in a note to clients. “One thing is for sure and that is there is unlikely to be as many Fed-Treasury spats, and not only because Janet Yellen is no pushover.”