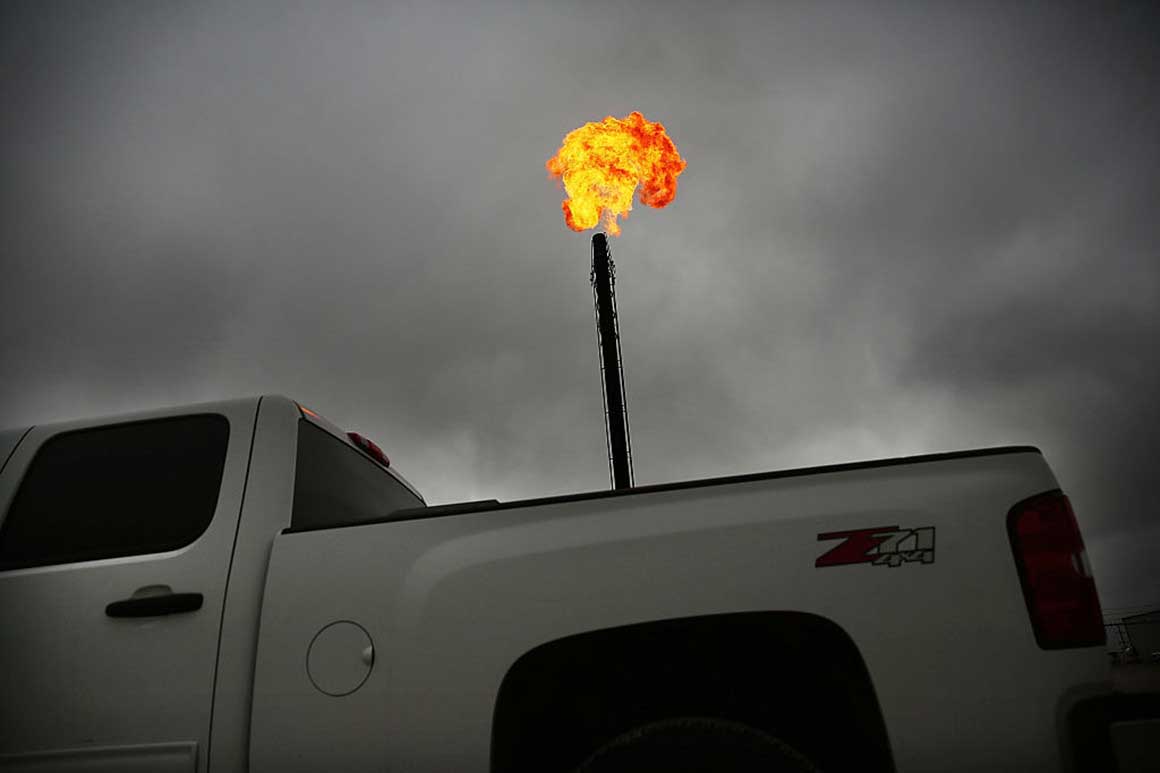 Such an outcome would contradict one of President Donald Trump’s closing campaign themes: that electing the former vice president would spell doom for U.S. fossil fuel producers. But it could rankle progressive climate activists who are pushing for Biden to end fracking and stop all U.S. fossil fuel exports.

The Trump administration rolled back Obama-era methane regulations for new oil and gas wells in August, and last month, a federal judge in Wyoming struck down a 2016 rule designed to rein in methane emissions from oil and gas production on public lands. While natural gas emits half as much carbon dioxide as coal when burned, methane also leaks from wells and the equipment used to transport it, offsetting the fuel’s climate advantages over coal.

European Union countries took delivery of 36 percent of overall U.S. liquefied natural gas cargoes in 2019, but buyers there are taking a closer look at how the industry addresses those leaks. France and Ireland have both taken recent steps to limit imports of U.S. natural gas.

European governments are souring on the business-as-usual approach of many gas producers in West Texas and New Mexico, said Jason Bordoff, director of the Center on Global Energy Policy at Columbia University and a former climate adviser in the Obama White House.

“There’s growing pressure in the European Union that if they’re going to go with gas, they have to hold it to a higher standard and not go with the lowest common denominator,” Bordoff said.

Biden has pledged to take action as soon as he takes office to combat climate change, including setting aggressive methane pollution limits for new and existing oil and gas operations. He’s likely to rely initially on executive actions to send clear signals to governments around the globe that the U.S. is serious about tackling methane emissions even if Congress takes longer to move, Bordoff and other energy experts said.

Biden could sign an executive order instructing the Environmental Protection Agency to reinstate the emissions standards the Trump administration removed for new sources of pollution and apply them to existing ones. Biden’s Justice Department is also likely to stop defending the lawsuits that environmental groups brought against the Trump administration’s methane rules.

Some Eastern European countries such as Poland continue to welcome imports of U.S. gas as a way to displace coal. And sales to Asia continue, although countries there are also becoming more sensitive to methane emissions.

But a wider European pushback against U.S. natural gas is real, multiple people at the gas companies have said. To the energy industry people, the best way for Biden to tackle the problem is to negotiate a shared standard for countries to measure the carbon content of natural gas, while making methane regulations a top policy priority at home.

“There’s a real sensitivity in the EU about fracked gas,” said one U.S. industry executive who asked for anonymity to discuss business discussions. The incoming administration “would be well advised to prioritize that. If [customers] can’t use U.S. gas, then they’re using Russian gas and Mideast gas.”

That wariness around buying U.S. natural gas is relatively new. After the Obama administration started approving export permits in 2015, countries across Europe generally welcomed the U.S. shipments as an alternative to their traditional suppliers in Russia or the Middle East.

But the controversy surrounding Texas oil companies’ practice of venting — simply releasing unwanted methane into the air — or burning it off through flaring has become a major issue for some European countries intent on fighting climate change. Texas companies have flared 1 trillion cubic feet of methane into the atmosphere since 2013, according to an estimate by the Environmental Defense Fund, an environmental group that has worked with oil companies to try to reduce emissions. A recent report from the group showed EPA was probably undercounting methane emissions by 60 percent.

Engie, a major French trading house, walked away from a proposed $7 billion, 20-year deal to import natural gas from NextDecade, a Texas liquefied natural gas company. A copy of Engie’s analysis of the proposed deal, obtained by French environmental group Les Amis de la Terre and shared with POLITICO, shows that the company feared financial repercussions if it contracted to buy the Texas shale gas that NextDecade had been offering.

The analysis warned that Engie, which is partly owned by the French government, could see its reputation suffer among the European public and investors concerned with environmental, social and governance issues.

“Gas flaring has become a major source of negative attention for gas production globally and for Permian oil producers in particular,” Engie wrote in the document.

“As the Project will result in a long-term commitment to secure LNG supply associated to shale exploitation, and to import all or part of it into Europe, they may question the compatibility with ENGIE’S Raison d’Etre, causing reputational damage, which should be factored in the final decision,” the analysis continued. “We cannot exclude that two topics might impact our ESG rating: negative environmental impact and controversies (if any) linked to the project.”

In Ireland, the coalition government recently came out against importing natural gas from the United States. A joint policy statement released by the country’s three largest political parties in June withdrew support for a planned expansion of the Shannon LNG import terminal that was backed by U.S. company New Fortress Energy.

“As Ireland moves towards carbon neutrality, we do not believe that it makes sense to develop LNG gas import terminals importing fracked gas, accordingly we shall withdraw the Shannon LNG terminal from the EU Projects of Common Interest list in 2021,” the coalition government said in its Programme for Government.

Germany is also showing signs of reconsidering increased gas imports from the U.S., amid anger over the Trump administration’s pressure for the country to halt the Nord Stream 2 gas pipeline from Russia. German trading firm Uniper earlier this month backed away from plans to build a new gas import terminal, blaming lack of interest from potential buyers.

But while the Biden administration could use executive actions to crack down on methane pollution on federal land, reducing emissions from the private land in West Texas where most production occurs will be more difficult.

The three members of the Texas Railroad Commission, the state agency that regulates the oil and gas industry there, include Wayne Christian, who has questioned the scientific consensus that human activity causes climate change. Incoming Commissioner Jim Wright has said methane doesn’t contribute to climate change, even though scientists have long known that methane is a far more potent greenhouse gas than carbon dioxide despite staying in the atmosphere for a shorter period.

Christian said the commission “takes flaring seriously” and has already taken steps to reduce emissions with new regulations it is adopting. Moves by investors to back away from buying U.S. natural gas would not help reduce flaring, Christian added in a statement to POLITICO.

“As a financial adviser and energy regulator, I am extraordinarily concerned by the [environmental, social and governance] movement,” Christian said. “Investing capital should be about creating the greatest possible profit to the investor or pension fund, not about virtue signaling.”

“I can’t imagine the election of an outspoken climate denier, joining fellow climate denier Wayne Christian, is going to at all alleviate concerns of investors and European countries demanding a more responsible product,” Metzger said. “All of this just reinforces in the world’s mind that Texas can’t be trusted to produce fracked gas in a way that’s any less polluting than coal.”

Some of the European stances may just be warning shots to get Americans to take methane emissions more seriously, Leslie Palti-Guzman, head of the consulting firm Gas Vista, said in an email. But the Europeans won’t be convinced unless the Biden administration tackles the issue early, she added.

“I believe there is a negotiable pathway to avoid a trans-Atlantic green gas war,” Palti-Guzman said.