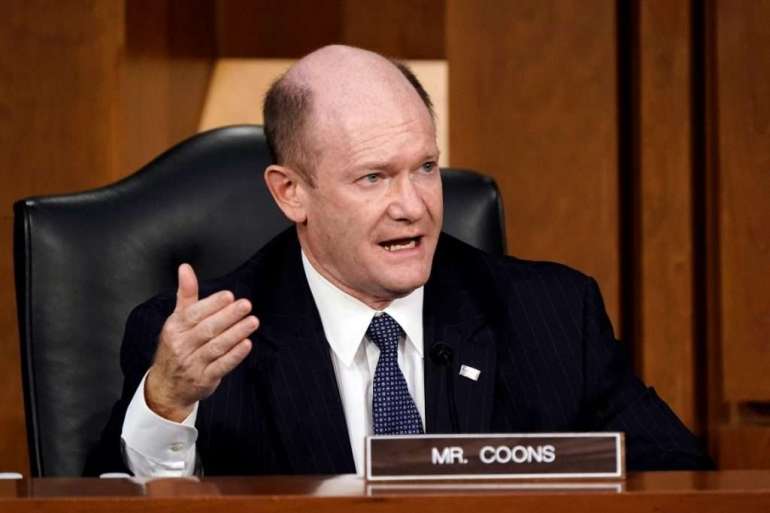 A number of key provisions, like expanded unemployment insurance and eviction moratoriums from the spring’s massive CARES Act are expiring at the end of the year, heightening the urgency. Any potential coronavirus relief package could be attached to a spending bill due by Dec. 11 to ensure its passage.

Congressional leaders prefer a large spending package to avoid a shutdown instead of a stopgap continuing resolution into the new presidency of Joe Biden that begins next January.

The discussions come during a period of bipartisan frustration in Congress. After a spurt of bipartisan dealmaking early this year, efforts in the Capitol have sputtered. The last major new aid package came in April, though smaller reform bills have been approved in the ensuing months.

Warner said “it would be stupidity on steroids if Congress didn’t act before the holidays.”

“Both sides are going to have to compromise. The Democrats aren’t going to get what they want with their $2 trillion plan, and clearly the so-called skinny plan that Leader McConnell put out is not nearly enough to provide a bridge,” Warner said on MSNBC shortly after this story published.

One source familiar with the effort said the senators involved in the talks hope to produce a proposal sometime this week.

But whether this group can push their leadership to cut a deal as outgoing President Donald Trump sits on the sidelines is another matter. There is general agreement that Congress needs to extend unemployment funding, small business aid and beef-up health care funding for vaccines, testing and hospitals.

But the long-running sticking points are the same. Democrats are still generally opposed to the GOP’s plans for liability reform and Republicans are reluctant to provide tens of billions of dollars in aid to blue states.

Pelosi and Schumer have repeatedly insisted upon a big, multitrillion-dollar deal with lots of money for states and localities and argued that no deal is better than an agreement that leaves that funding out, to the consternation of some centrists in the party. McConnell and most of the Senate GOP have pushed a smaller $500 billion package that Democrats have blocked repeatedly.