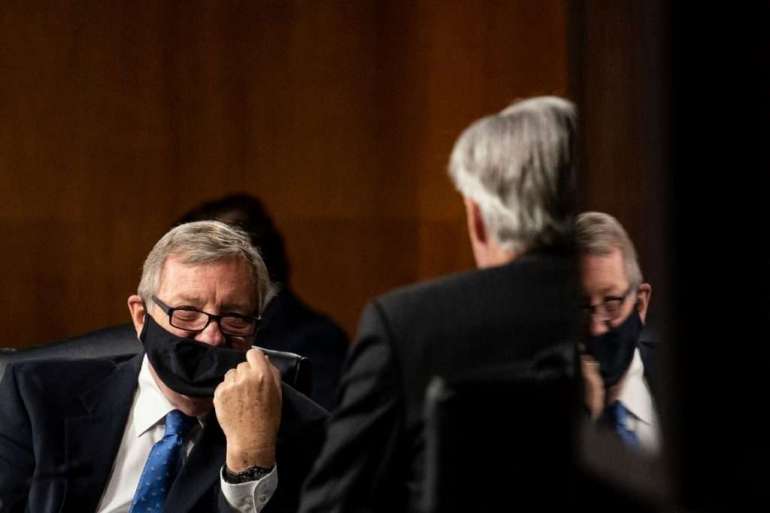 In a series of interviews, Democratic senators said the debate is less about Durbin vs. Whitehouse and more about whether they should adopt an approach similar to that of Senate Republicans, who have term limits on leadership positions, chairmanships and ranking member roles. Some senators in their second or third terms have little path forward until more senior members retire.

Durbin, for example, has never led a committee and he’s been in the Senate since 1997. He said he sees Whitehouse’s challenge less as an effort for structural reform than a play for his own ambition.

“As I understand it, I am the object of his reform. For himself,” Durbin, the party whip since 2005, said in an interview on Tuesday.

Senate Minority Leader Chuck Schumer (D-N.Y.) has stayed neutral on the matter so far, and is leaving it up to the caucus to decide on how to move forward. Schumer tends to carefully manage his caucus on issues like this, sensitive to how delicate internal battles can become when they spill out in public.

But some members want him to take a more active role in the dispute.

“I think it’s more about distributing the workload and giving people responsibility and holding them accountable. And by the way that starts with Chuck,” said Sen. Jon Tester (D-Mont.) “He’s the leader, so he’s got to set the example of delegating power. That’s a sign of a good leader and I think more of it needs to be done.”

The issue came up during Democrats’ caucus call Tuesday and has already been raised in smaller meetings. It is unlikely to be resolved this week as Congress races through its lame duck session and tries to revive stalled coronavirus aid talks while also funding the government.

“It’s probably time for us to think about ways to give more people a chance at leadership positions, and I think it’s much more fair to have that conversation in a way that’s not about one position or one or two members,” said Sen. Chris Murphy (D-Conn.) “This is ultimately going to be a broader conversation about caucus rules.”

“I’m a little reluctant to just change a rule to affect one person,” added Sen. Tim Kaine (D-Va.). “If we’re really going to talk about more leadership opportunities for everybody, then let it be part of that discussion and we can solve it as a comprehensive solution rather than just cherry pick this.”

The discussion could lead to several caucus votes on their rules in the near future according to Democratic sources familiar with the matter. While the outcome remains unclear, the internal rancor is unusual for a caucus that prides itself on its unity.

Durbin and Whitehouse are taking different approaches to the race. While Durbin has publicly announced he wants to lead Judiciary, Whitehouse has simply stated that the caucus should decide and he will abide by their choice.

Durbin supporters say that the party’s chief vote-counter already has the support to secure the Judiciary post and keep his job as whip. But some progressives are pushing for Whitehouse, who they view as a more aggressive combatant on the committee.

The future of the Judiciary Committee is critical as Joe Biden prepares to enter the White House next month and looks to fill judicial vacancies left by President Donald Trump and Senate Republicans. The top job on the panel will be even harder for Democrats if Republicans hold on to the Senate after the Georgia runoffs next month.

Some Democrats were reluctant to discuss the internal caucus dynamics at all.

“The people who have lost their jobs, their businesses, are about to be kicked out of their house could care less what we do in our leadership,” said Sen. Patrick Leahy (D-Vt.). “Nobody gives a damn about this, in the public.”