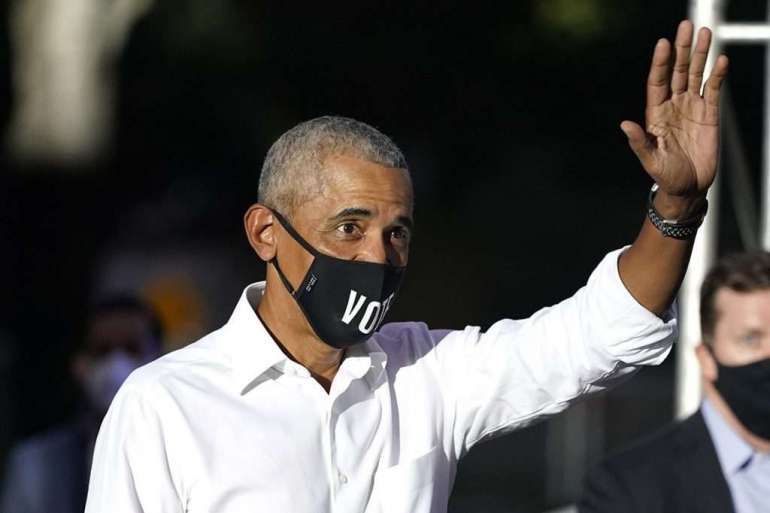 He continued: “I promise you that when it’s been made for people who are less at risk, I will be taking it. I may end up taking it on TV or having it filmed, just so that people know that I trust this science.”

Obama said he was cognizant of suspicion in the African American community toward the rapidly developed vaccines, particularly considering the country’s history of medical malfeasance and abuse. He cited the Tuskegee syphilis study, in which federal medical researchers observed impoverished Black men with syphilis for 40 years without notifying them of their diagnoses and withholding treatment.

But Obama urged people of color to take the vaccine if it is approved and dubbed safe, noting the higher rates of infection and death among Latino, Indigenous and Black Americans.

The global coronavirus pandemic has led to an unprecedented race to develop effective vaccines — processes that generally take years. Pfizer, whose vaccine is slated to go under consideration by the U.S. Food and Drug Administration this month, is already shipping out doses to distribution sites to be available immediately should it be granted authorization.

More than 13 million Americans have been infected by the disease and over 272,000 have died.