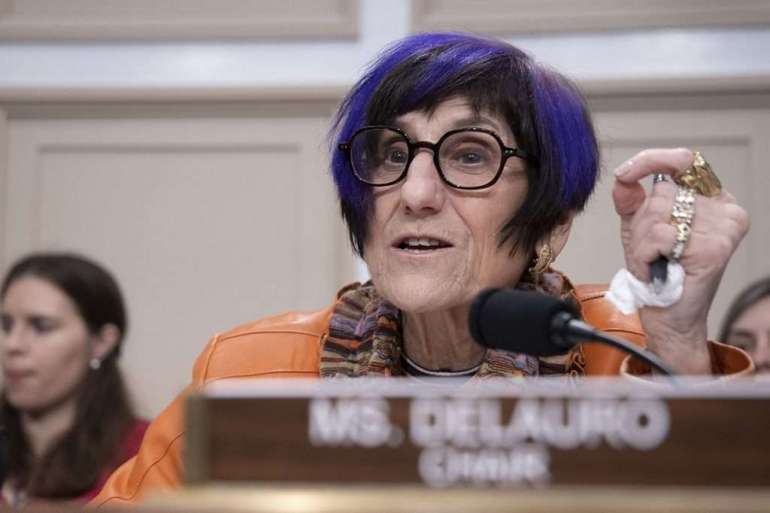 If Republicans keep their majority in the Senate, DeLauro will have to navigate the appropriations process alongside Senate Appropriations Chair Richard Shelby (R-Ala.), who boasts a good working relationship with Lowey. Republicans in the next Congress will likely start raising more concerns about an exploding federal deficit after historic pandemic spending, as Congress looks to deliver more coronavirus relief amid a worsening global health crisis before a vaccine is widely available.

DeLauro’s win comes after she was endorsed by wide margins on Tuesday by the House Steering and Policy Committee, the panel that recommends committee assignments from which DeLauro recently relinquished her position as co-chair. She is the second-most senior of the three candidates who fought for the gavel.

Her ascension to chair of the Appropriations panel amounts to the pinnacle of 30 years in Congress representing Connecticut’s 3rd District. The purple-haired Democrat — who currently controls the largest portion of nondefense spending as the chair of the Labor-HHS-Education subcommittee — will be the second woman ever to lead the panel, behind long-time friend Lowey.

DeLauro has pledged to reform the appropriations process and make it more transparent and accessible to members, while better targeting federal investments to underserved and marginalized communities. She has vowed to dispatch with the Hyde Amendment, a provision tucked into annual spending bills for decades that bars the use of federal funds to pay for abortion. And she supports bringing back earmarked spending next Congress with increased transparency — a priority for many House Democrats and even some Republicans who think that annual spending bills should present more opportunities to secure cash for pet projects at home.

Her win comes despite a race that once appeared to be narrowing with Wasserman Schultz, who picked up strong support from members eager for generational diversity within the leadership ranks — especially after a disappointing 2020 election in which Democrats unexpectedly lost more than half a dozen seats.

Wasserman Schultz, who stepped down as DNC chair after an embarrassing trove of emails leaked, had backing from freshmen, moderates and some members of the Congressional Black Caucus, who typically respect seniority when it comes to leadership elections. Many members also pointed to her prolific fundraising for Democrats and willingness to assist the party, in addition to serving as a mentor for many lawmakers about the appropriations process.

Wasserman Schultz, who leads the subcommittee that oversees funding for military construction and the Department of Veterans Affairs, also had support from members who’ve seen DeLauro’s style as abrasive at times. The Connecticut Democrat is known as a firebrand who doesn’t shy away from confrontation, sometimes to her detriment within the caucus.

Still, DeLauro has a reputation for working across the aisle with senior Republican appropriators like Rep. Tom Cole (R-Okla.), and she has been lauded by the public health and education advocates as a passionate champion for their causes. Major organizations like the AFL-CIO, the National Education Association and the American Federation of Teachers publicly endorsed her in the race for Appropriations chair.

“Our support for Rosa DeLauro comes from working together on appropriations over the course of the last decade or so,” said AFT President Randi Weingarten, who also has a long-time relationship with former DNC Chair Wasserman Schultz, in an interview last month. “She has been a fierce, fierce advocate for working families and for education.”