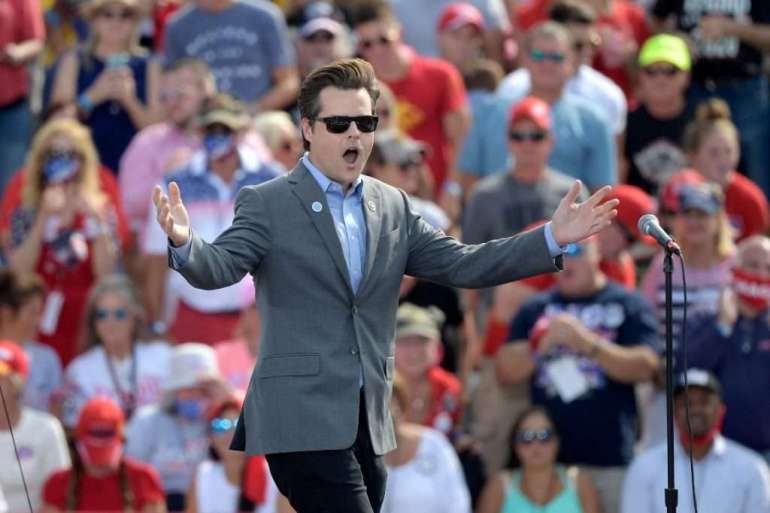 “It’d be great if he ran. He’s done a good job. I think he ought to run if he wants to run. Who knows what’s going to happen in ‘24?” said Sen. Rick Scott (R-Fla.), who said he is not focused on a presidential run at the moment. “He can sell the things he accomplished.”

In a series of interviews Wednesday, House and Senate Republicans made clear that the GOP has no intention of turning its back on Trumpism — or Trump himself. That’s in part because Trump remains an exceedingly popular figure in his party, far more than most congressional Republicans. Some Republicans declined to discuss the 2024 race, however, deeming it too speculative.

The political calculus is also clear. While he will soon lose the Oval Office, he’ll still have his Twitter handle and will still be in firm control of his base. Republicans are loath to get cross with Trump, who could play a central role in Senate and House primaries in 2022 and create trouble for incumbents that break with him. Future GOP presidential candidates will also be eager to court his supporters if he ultimately passes on another campaign.

Still, Rep. Matt Gaetz (R-Fla.), one of Trump’s fiercest allies on Capitol Hill, said Trump “should run and would have the support of the party.”

“The president is very popular in the Republican Party, and he would be very tough to beat,” added Rep. Jim Banks (R-Ind.), the incoming chairman of the conservative Republican Study Committee.

As it slowly sinks in for Trump that he’s being replaced by Joe Biden, the president is starting to publicly toy with a comeback bid four years from now. And Republicans show little interest in defying the president who has rapidly transformed their party. Many have refused to recognize Biden as the president-elect, and few have condemned his baseless claims of election fraud.

The president may freeze the field as long as he weighs another presidential run, despite more than a dozen Republicans positioning themselves as potential candidates in 2024. Trump told Republican National Committee members on Tuesday that if his doomed bid to challenge the 2020 election results ultimately fails: “I’ll see you in four years.”

“I would encourage him to keep that option open. I would personally support him if he did,” said Sen. Lindsey Graham (R-S.C.), who ripped Trump while running in the 2016 GOP primary and then became a close ally. “Most Republicans believe he’s done a very good job and that his presidency from a conservative’s point of view has been very consequential.”

“If President Trump runs in ‘24, I support it. That will be his decision, he’s come off a tough election,” said Sen. Steve Daines (R-Mont.), who added that most congressional Republicans would be likely to back Trump.

Republicans also said they have little reservations about putting their faith in a freshly-defeated candidate to win back the White House, arguing Trump has defied the odds — and the polls — once before.

“Here you have a gentleman that won in 2016 and then in 2020, he not only outperforms, but overperforms by 15 million votes? That’s unheard of,” said conservative Rep. Paul Gosar (R-Ariz.), who noted Trump won a larger share of Black voters than he did in 2016. Trump, of course, also bled support in the suburbs — including in Arizona and Georgia, states Democrats hadn’t won in decades.

Still, not every Republican in Congress felt like chatting about the matter after five years of Trump’s dominance over the party. Sen. Ron Johnson (R-Wis.) said he doesn’t talk about those kinds of hypotheticals. Sen. Tom Cotton (R-Ark.), a potential presidential candidate declined to comment. Sen. Susan Collins (R-Maine) said she hasn’t “thought at all about 2024” and Sen. Chuck Grassley (R-Iowa) said it was “too speculative” a topic.

“I am going to try not to answer hypotheticals,” said Sen. John Cornyn (R-Texas). “It’s going to be a crowded field, I assume, unless he clears the field. I don’t know.”

“We’re so far away from that. I will tell you this. If he runs, I think he would clearly be the favorite. I think he would win,” said Sen. Marco Rubio (R-Fla.), who ran against Trump in 2016 and has mulled another run in the future. “I know it’s an interesting story, but I have no idea.”

Some Republicans have tired of being asked about Trump’s various tweets and controversies, including this week’s threat to veto a popular defense bill and reports that he may pardon members of his inner circle. But many of the newer GOP senators, particularly those from red states, are openly supportive of Trump’s potential third run for president.

“The country benefited tremendously from the first four years of President Trump and it would benefit tremendously by a second four-year term from President Trump,” said Sen. Marsha Blackburn (R-Tenn.), who said she hopes Trump’s effort to overturn the results of the 2020 election is successful. “People in Tennessee are very enthusiastic about a second Trump term.”

If Trump does launch another bid, it could force other Republicans who have been waiting in the wings to put their presidential ambitions on hold for yet another four years. The idea of Trump as the GOP nominee for three cycles straight could stymie the ambitions of an entire generation of Republicans.

“I’m from Indiana, and I want to see my guy, Mike Pence, in the White House one day,” Banks said. “And hopefully, [in] 2024, we’ll have Mike Pence on the ballot one way or another.”