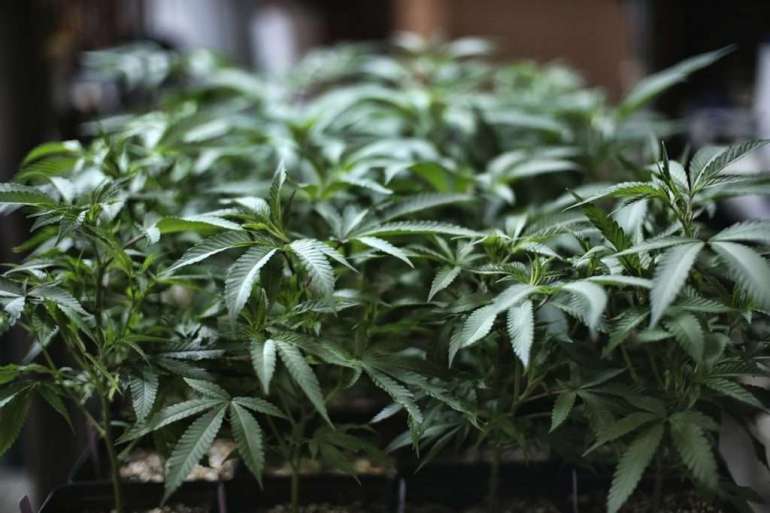 Friday’s vote reflects the shift in American and global views on marijuana over the past decade: Polls show support for legalization has increased 20 percentage points, to 68 percent, since Colorado and Washington state legalized weed in 2012. One in 3 Americans now lives in a state where marijuana is legal for adults to use. Red states including Mississippi and South Dakota voted to allow medical or recreational marijuana on Election Day. The United Nations voted earlier this week to loosen treaty restrictions on marijuana.

The bill’s passage also sets a foundation for future marijuana legalization policy: one designed to address criminal justice reform and racial inequality. There were about 663,000 marijuana-related arrests in the U.S. in 2018 — about 43 percent of all drug arrests. An ACLU study in April found that Black people are almost four times more likely to be arrested for marijuana possession than white people, even though both groups are equally likely to use marijuana.

House leadership promised advocates and progressives in 2019 that a vote on an industry-focused bill expanding access to banking for cannabis businesses would be followed by a broader bill to address the effects of marijuana being illegal under federal law for decades.

“What we’re doing here is … recognizing that there is a longtime war on civil rights that was instituted by the Nixon administration,” said Rep. Jerry Nadler (D-N.Y.), the bill’s sponsor and chair of the House Judiciary Committee. “And we’re eliminating it.”

The MORE Act was first introduced in the summer of 2019 and moved out of the House Judiciary Committee last November. Then came the police killings of Breonna Taylor and George Floyd this year. By June 2020, an AP poll found that 94 percent of Americans said they believed the nation’s criminal justice system needed at least some changing.

“The smartest thing that happened to facilitate legalization was for criminal justice and racial justice issues to get elevated in the cannabis debate,” said John Hudak, an expert on cannabis policy at the Brookings Institution.

Racial justice always has been motivation for legalization in some arenas. But lawmakers traditionally have paired it with arguments about medical benefits for children and veterans, job creation and increased tax revenue. Only more recently have legislators shifted their tone to emphasize legalization’s criminal justice angles.

“When people ask me ‘What is systemic racism?’ I point to our drug laws in this country,” House Rules Chair Jim McGovern (D-Mass.) said this week. “People’s lives have been ruined — have been destroyed — by possessing just a small amount of cannabis.”

Plenty of lawmakers haven’t been swayed, however. A planned September vote on the MORE Act was delayed because moderates worried that voting on weed without passing another coronavirus aid package would hurt them on Election Day. And Republicans including House Minority Leader Kevin McCarthy and Senate Majority Leader Mitch McConnell chastised Democrats this week for voting on weed while a Covid aid bill still hangs in the balance.

“You’d think after a humiliating defeat at the ballot box this year, where Democrats didn’t defeat one Republican incumbent, that Democrats would get the picture that Americans are demanding action on issues that matter to them,” McCarthy said at a press conference Thursday.

Ahead of the vote, Republicans including Rep. Debbie Lesko of Arizona said removing marijuana from the Controlled Substances Act would jeopardize workplace safety. Others noted the lack of research on the health effects of cannabis and suggested reclassifying marijuana under federal law in a way that would make it easier to research but still restrict its use.

‘“We all agree that [marijuana] doesn’t belong in the same place on the schedule as cocaine, as heroin, as these other types of heavily addictive drugs,” said Rep. Ben Cline (R-Va.). “I think you would get much more of a bipartisan support for the measure if you went in that direction.”

When Republicans brought up the lack of regulations on edibles or vaping products in the bill during a House Rules Committee hearing this week, Rep. Sheila Jackson Lee (D-Texas) said regulating a new industry was not the point.

“This bill deals with decriminalizing, at a federal level, for possession and distribution — those simple points,” said Jackson Lee. “Let me be clear that we wanted to bring justice to thousands who have been incarcerated and [who] have been shut out from basic dignity of housing, scholarships and others. And I think we’ve answered it in this bill.”

The Democratic strategy to intertwine changes to federal marijuana laws as a key part of criminal justice reform also sends a message to President-elect Joe Biden. He has said people should not be arrested for using drugs but does not support legalization.

“We know that the White House is going to come out next year and focus on the three C’s: Covid, climate change and criminal justice reform,” said David Culver, a lobbyist for cannabis company Canopy Growth. “I think that’s why they’re focused so heavily on it — because they feel like it’s a really key part of their platform, going into Biden’s first term.”

Vice President-elect Kamala Harris is the chief sponsor of the MORE Act in the Senate, and one gap between her and Biden is their stance on marijuana legalization.

While anti-legalization advocates see Biden’s stance as a win, the pro-weed crowd hopes Harris will go to bat for their issue should the White House act on criminal justice reform.

No one expects that passage in the House will shake the Republican-led Senate’s inaction on marijuana, however. McConnell has said he will not consider comprehensive marijuana legislation, and if Republicans retain control following the Georgia Senate runoff it appears unlikely the MORE Act would be raised in the Senate.