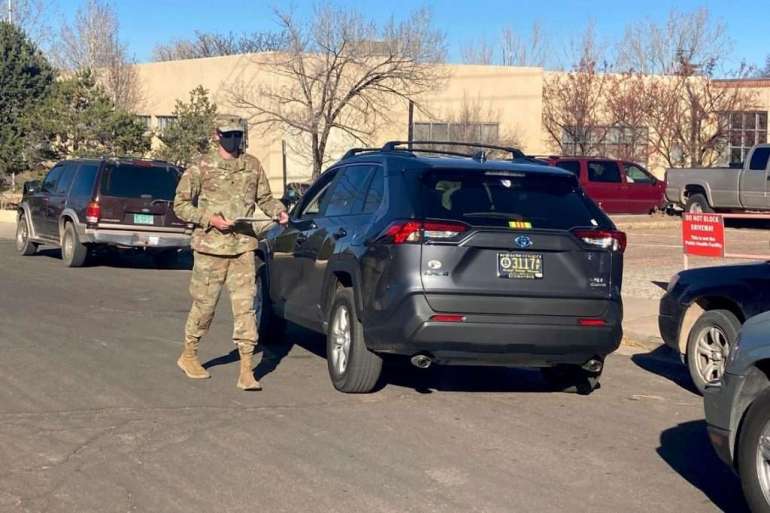 As Covid-19 cases, hospitalizations and deaths surge across the country, most states are depending on National Guard members to perform essential tasks, including running testing sites. | AP Photo/Cedar Attanasio

President Donald Trump on Thursday approved requests from nearly every state to extend federal funding for the National Guard’s Covid-19 relief work until the end of March.

The White House, however, denied requests for full federal funding and will instead require most states to continue picking up 25 percent of the tab. Florida and Texas, which had received a special carveout from the cost-sharing earlier this year — prompting accusations of political favoritism — will be cut back to 75 percent federal funding after Dec. 31.

“National Guard forces around the country have provided critical support to Governors” as states fight the pandemic, particularly among vulnerable populations, the order reads. “Additionally, the States and territories will need assistance in fighting hot spots as they emerge.”