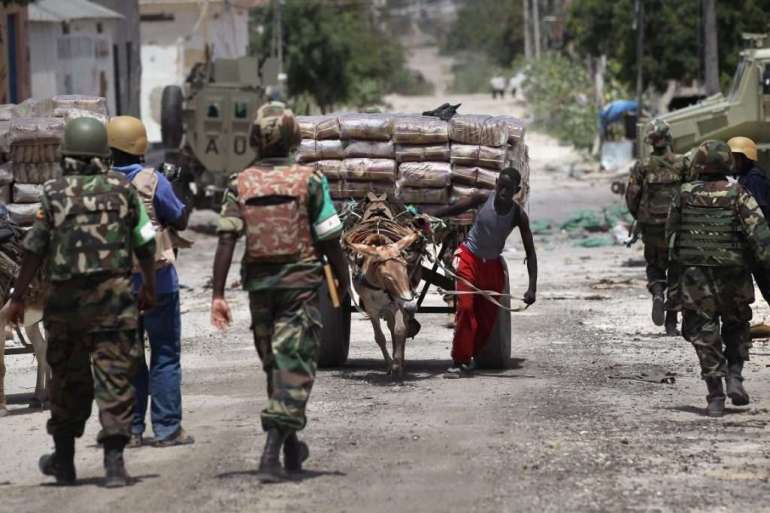 A troop reduction in the East African country had been anticipated in recent weeks. The move is likely to draw criticism on Capitol Hill, where lawmakers have opposed Pentagon efforts to reduce U.S. troops levels for the already modestly resourced U.S. Africa Command.

The Pentagon said some troops may be reassigned outside East Africa, while other forces will move from Somalia to neighboring countries “to allow cross-border operations by both U.S. and partner forces to maintain pressure against violent extremist organizations.”

The Pentagon said the move does not reflect a “withdrawing or disengaging from Africa” and that it won’t hurt counterterrorism operations in Somalia.

“While a change in force posture, this action is not a change in U.S. policy,” the Pentagon said.

“The U.S. will retain the capability to conduct targeted counterterrorism operations in Somalia, and collect early warnings and indicators regarding threats to the homeland,” it added.

The news was first reported by The Wall Street Journal. The announcement was quickly panned by a top lawmaker overseeing U.S. special operations forces, who called the move advantageous to China and terrorist groups in Africa.

“The President’s decision to withdraw forces from Somalia is a surrender to al Qaeda and a gift to China,” said Rep. Jim Langevin (D-R.I.), who chairs the House Armed Services Intelligence and Emerging Threats and Capabilities panel.

The withdrawal of U.S. troops could make it harder for aid workers and diplomats on the ground to help resolve conflict peacefully, he said, and could come at a political cost.

“Al Shabaab will message our withdrawal as a victory, which may propel some of their political affiliates into government,” Langevin warned. “All the while, China will seize the opportunity to build their influence in the region, to the detriment of those who care about representative governance and equality.”