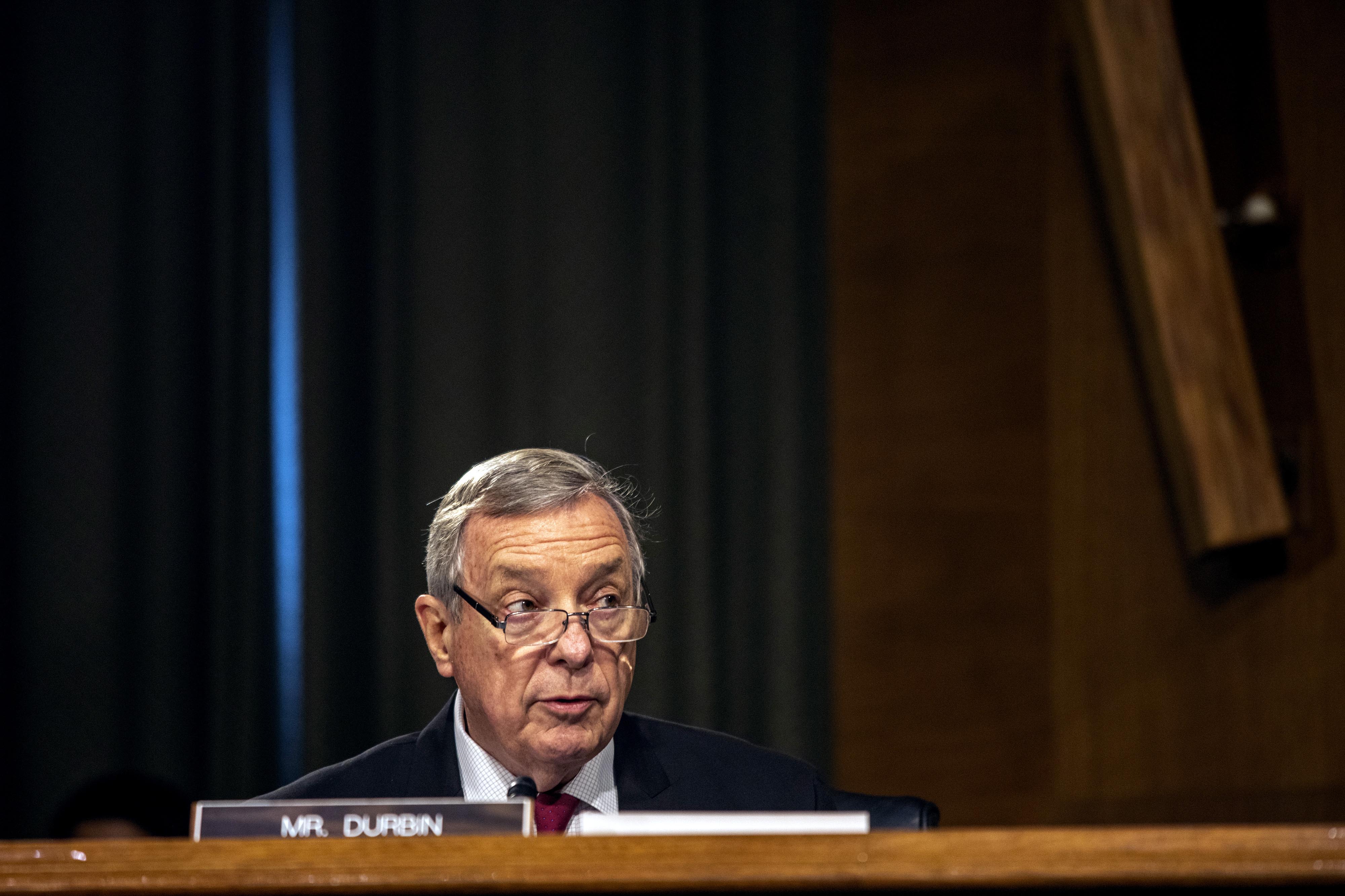 In an interview, Durbin said he didn’t know if he had the votes to keep both his whip job and the ranking spot on Judiciary. Durbin, however, declined to speculate on which position he’d pick if the caucus forces his hand.

“I’m not going to make that decision until the caucus has decided the rules,” Durbin said.

Democrats held a three-hour phone call over the weekend — run by Sen. Ben Cardin of Maryland — to discuss the highly sensitive issue. Several Democrats are now floating proposals to change caucus rules as the party grapples with how to best distribute power, according to multiple senators and aides.

The dispute has also spurred discussions among Democrats about term limits for committee chairs or ranking members. Republicans have imposed such internal limits, while Democrats have not.

“I think the issues are sort of the extent of responsibilities of the whip job and is that compatible with chair or ranking on committees, so that’s kind of one we’re grappling with,” said Virginia Sen. Tim Kaine of Democrats’ internal debate. “But the good news is I think most of us agree that you shouldn’t make a change like that just as a one off.”

Another Democrat familiar with the discussions said there were three areas senators were focused on: the whip’s role in the caucus; term limits for committee chairs and ranking members; and allocations of committee and subcommittee assignments.

One proposal, from Sen. Chris Murphy of Connecticut, would prevent top Democrats on preeminent committees from choosing a second gavel, until every other member has the option to choose a subcommittee.

Kaine also has a proposal that would clarify the leader can’t hold any gavels and would limit the whip to one gavel, which would allow Durbin to remain as whip and serve as the top Democrat on the judiciary. Durbin has suggested hes open to the proposal and would give up a defense subcommittee gavel.

In addition to serving as Democratic whip since 2005, Durbin serves as the top Democrat on the Defense appropriations subcommittee, a highly influential post that oversees the Pentagon’s enormous budget. Durbin has served on the Judiciary panel since 1997, and he holds seats on the Agriculture and Rules committees as well. Durbin was reelected to a fifth Senate term last month.

Whitehouse, for his part, has seats on Finance, Budget and Environment and Public Works while also serving on Judiciary.

How party leaders pick committee assignments — and who gets what seat on which panel — is an extremely delicate issue that senators like to work out internally. Yet Durbin’s bid for the Judiciary ranking post has drawn attention to the fact that caucus rules are not well understood even by senators themselves.

“When I first came here, the caucus rules were secret,” said Sen. Jeff Merkley (D-Ore.). “ Just to actually have a more democratic discussion about how we’re going to organize ourselves is a very good thing.”