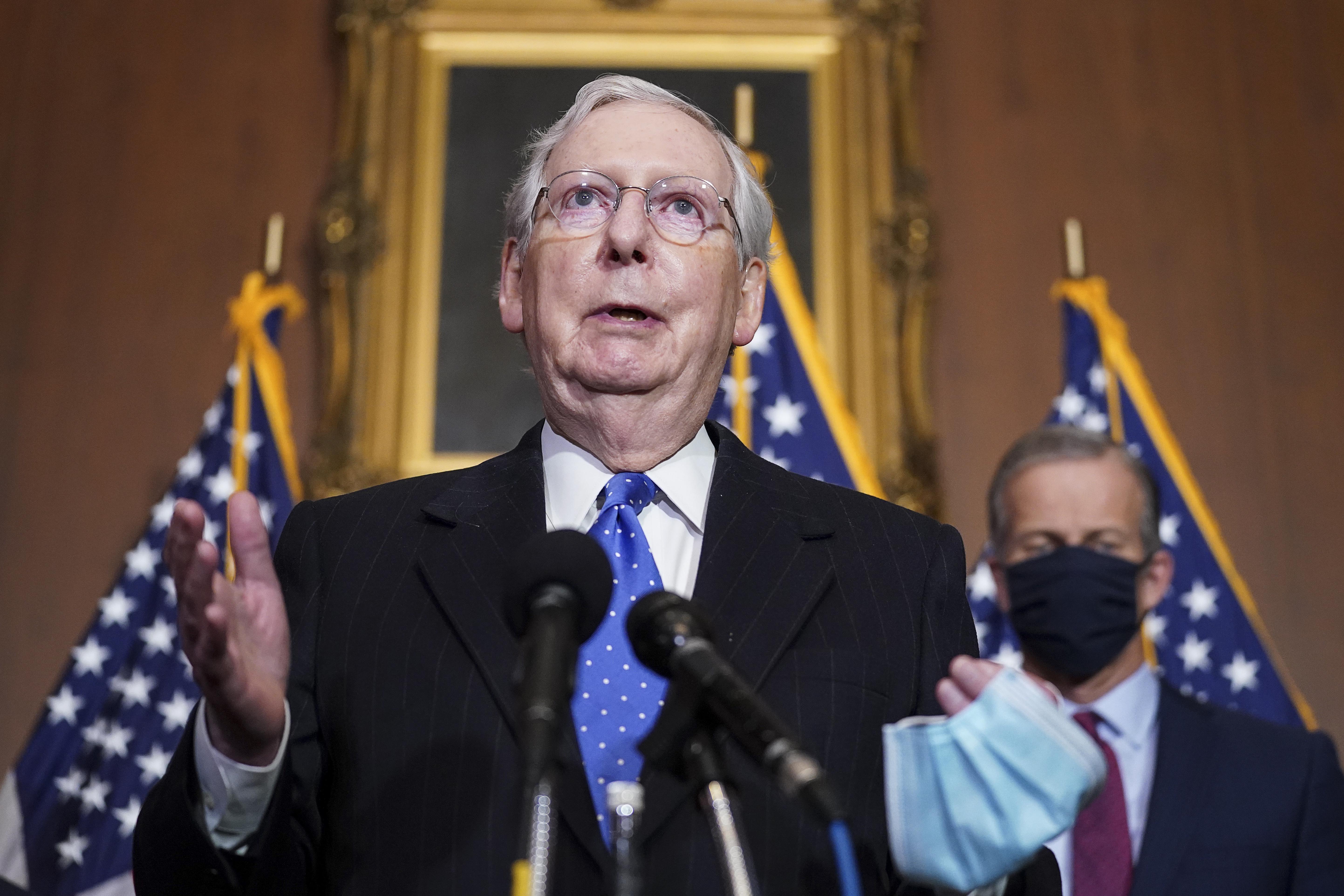 “The extent to which Republicans are refusing to accept the outcome of the election and recognize Joe Biden and Kamala Harris as our next president and vice president is astounding,” Hoyer, who had offered the resolution, said after the meeting.

Republicans, however, felt that Hoyer’s motion was more of a political gambit intended to put them publicly at odds with Trump and argued the measure is unnecessary to proceed with inaugural planning. The bicameral committee planning Biden’s inauguration has already met several times, and plans are going forward without Trump’s concession.

“It is not the job of the Joint Congressional Committee on Inaugural Ceremonies to get ahead of the electoral process and decide who we are inaugurating,” Blunt said in a statement. “I would hope that, going forward, the members of the JCCIC would adhere to the committee’s long-standing tradition of bipartisan cooperation and focus on the task at hand.”

But Pili Tobar, communications director for the Presidential Inaugural Committee, said Biden and Harris will be sworn in on Jan. 20, adding, “We look forward to continuing to work closely with the Joint Congressional Committee on Inaugural Ceremonies and plan a safe inauguration that engages Americans across the country.”

Officials from Biden’s inauguration committee have been meeting with Congress’ joint committee since last week, according to officials involved with the planning.

Democrats in Congress are stepping up the pressure on their GOP counterparts as Trump intensifies his implausible efforts to remain in power.

In recent days, Trump has personally intervened in three states in a failed attempt to have election results overturned after exhausting nearly all legal options. The president has repeatedly falsely claimed the election was stolen from him due to voter fraud, statements that are not based in reality or fact.

Few Republicans in Congress have been willing to publicly acknowledge Biden as the winner of the election, refraining until Trump and his allies have exhausted their legal options.

Earlier Tuesday, Rep. Alex Mooney (R-W.Va.) offered a resolution during a House GOP conference call that would condemn any lawmaker who urges Trump “to concede prematurely before these investigations are complete.”

That motion, however, will be referred to committee, with no requirement that it will come up for a vote.