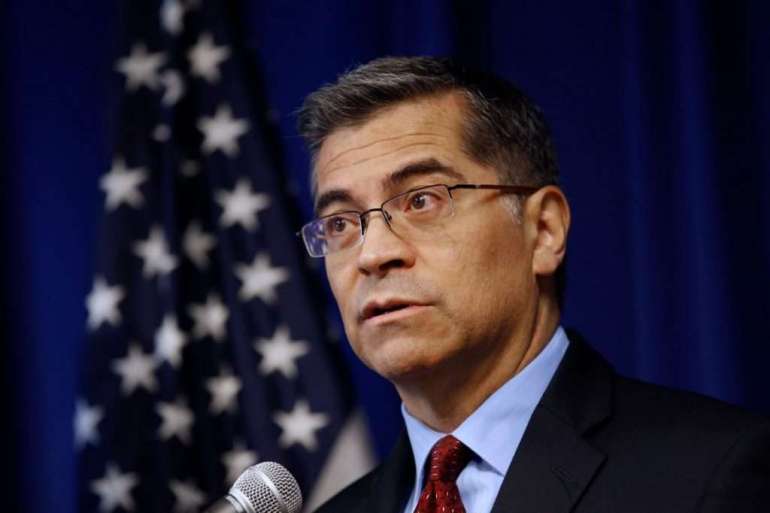 “It would be hard to find anyone who has worked so hard to undo Trump’s agenda on health,” said Larry Levitt, the executive vice president for health policy at the Kaiser Family Foundation. “Now he’ll have an opportunity to do it proactively.”

But Becerra, a former longtime congressman and son of Mexican immigrants, would take the reins with little experience running huge bureaucracies and a short resume dealing with public health or safety net programs outside a courtroom or congressional hearing room.

Trump has passed more than 400 changes to immigration policy since he took office. Undoing all of that is going to be a major challenge for Joe Biden — politically and logistically. POLITICO’s Anita Kumar explains why some of Trump’s immigration policies could end up sticking around for years.

Five of the last six health secretaries were governors, or had prior experience working in the executive branch. Biden’s first choice for HHS, Rhode Island Gov. Gina Raimondo, turned down the job to stay in her state during the pandemic.

And while Becerra will work in tandem with experts like Vivek Murthy, a former surgeon general who’s returning in a beefed-up role, and Anthony Fauci, the infectious diseases expert who’ll be Biden’s chief medical advisor, many have expressed concern that he lacks experience in the kind of complex health matters he’ll confront at the agency.

“I would have liked to see the HHS secretary have public health experience,” Rep. Pramila Jayapal (D-Wash.), a leading House progressive, said in an interview. “I know it’s typical to have more of a manager, but I think the current situation warrants it.”

Biden allies mobilized quickly on Monday to head off those concerns, touting Becerra’s stewardship of California’s Justice Department — a job that consisted primarily of coordinating a slew of multistate lawsuits — and his deep involvement in the 2010 passage of Obamacare as a member of House leadership.

“The California Justice Department probably is bigger than many state governments in terms of its reach and its scope,” said Obama HHS Secretary Kathleen Sebelius, who praised Becerra as a “smart, strategic” pick who will be able to recruit top talent around him.

Those who worked with him at California’s DOJ also praised his willingness to push for structural changes, including creating new legal teams and changing a paper résumé requirement that he worried was discouraging young talent from applying.

And former California Sen. Barbara Boxer (D), who served in Congress with Becerra during passage of the health law, vouched for his health policy chops.

“He really understands Obamacare from the ground up, and when he saw it being wrecked, he went to court to stop it,” she said in an interview. “He knows these laws — whether they protect insurers or consumers — inside and out.”

Becerra’s expertise will serve the Biden administration beyond the pandemic, his backers say, particularly when it comes to expanding the Affordable Care Act and reversing the Trump administration’s regulations and executive orders that sought to undermine Obamacare’s insurance marketplaces and put a conservative spin on Medicaid and other safety-net programs. Becerra has also spent considerable time focused on immigration issues, including the treatment of unaccompanied immigrant minors, which falls under HHS’s jurisdiction.

“Having a very experienced lawyer at the top of HHS may be quite important as the department tries to think creatively about how to use executive action,” Levitt said. “We will get through this pandemic, and there will be a whole bunch of health care issues still to deal with.”

Becerra’s nomination, which is set to be formally announced by Biden at an event in Wilmington, Del., on Tuesday, is already facing opposition from conservative lawmakers and deep-pocketed advocacy groups who are pointing to his long record of support for abortion rights and single-payer health insurance. It’s a tactic the foes hope will most immediately stoke Republican turnout in Georgia’s runoff elections, which could decide if the Senate remains in GOP hands.

Critics are keying on Becerra’s defense of a California law, which the Supreme Court struck down, that required pregnancy centers that advocate against abortion to post information on the legal right to obtain an abortion. They also cite his prosecution of two conservative activists who filmed sting videos of Planned Parenthood staff, and his litigation against the Trump administration’s efforts to prevent federal family planning funds from going to Planned Parenthood and other abortion providers.

Susan B. Anthony List, a leading anti-abortion group that has invested $4.1 million to secure GOP victories in Georgia next month, says it expects Becerra’s nomination to be “very motivating” for conservative voters and donors who see divided government as their only bulwark against a progressive social and economic agenda.

“It underscores the importance of the Senate and the difference that would be made by a Leader [Mitch] McConnell versus a Leader [Chuck] Schumer to make sure the worst of these [Cabinet] picks can be held back,” said Mallory Quigley, a spokesperson for the group.

Officials at another conservative activist organization, who requested anonymity to speak candidly about the situation, said it received two six-figure contributions Monday morning after news of Becerra’s selection reached its own donor network. The group is considering using the funds to launch a series of ad buys related to abortion that would air in Georgia between now and the Jan. 5 runoffs.

Yet Democrats and progressive groups see Becerra’s nomination as historic and are arguing that he’s uniquely positioned to lead the agency at a time when low-income workers and communities of color are disproportionately suffering not just from Covid-19 but from the underlying health inequities that have exacerbated the virus’ impact.

They say Becerra, raised by working class immigrant parents and the first in his family to go to college, can reach marginalized communities who have been distrustful of government and may be hesitant to take a Covid vaccine once one is available. Since his days as a Los Angeles congressman, Becerra has been a regular on Univision, Telemundo and Spanish-language news shows, and has built up trust and popularity that will be crucial for the challenges the Biden administration will face.

“He’s a well-known name and face that people are familiar with,” said Amanda Renteria, who worked with Becerra as the former chief operating officer for the California Department of Justice and now runs Code for America. “That’s going to be really important as we communicate about the vaccine and how we get this right.”