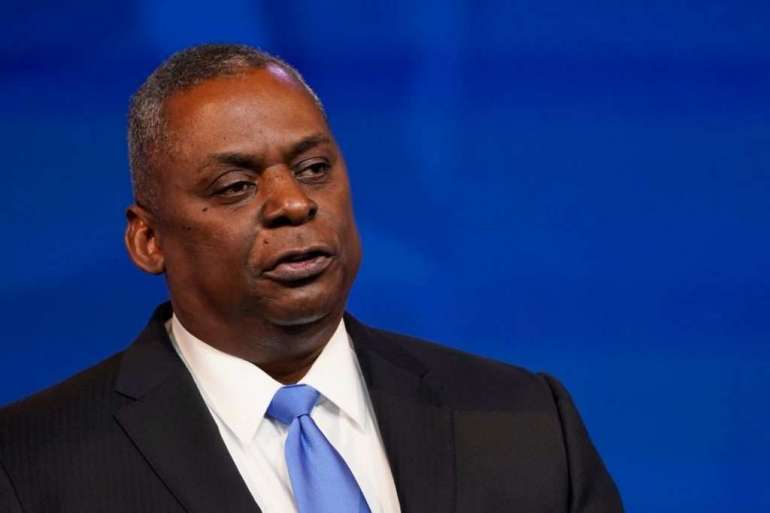 The company is a second-tier supplier to Oshkosh Defense, which is building nearly 50,000 joint light tactical vehicles for the Army to replace the Humvee, a company spokesperson confirmed. Army officials in February said they hope to recompete the contract in 2022 to drive down cost.

Huntington Ingalls Industries, one of the nation’s top shipyards, also counts Nucor among its suppliers, an HII spokesperson said. The company, which has shipyards in Virginia and Mississippi, builds several ships for the Navy and Coast Guard, including Gerald R. Ford-class aircraft carriers and Columbia-class ballistic missile submarines.

Nucor likely also sells steel to other defense companies. Steel is required for many military vehicles and ships, and defense companies are required to buy a certain percentage domestically. Because of that “it would be fair to assume that Nucor, as a major domestic steel producer, feeds into the [defense industrial base] supply chain,” an industry official told POLITICO, speaking on background to not reveal supplier information about their own company.

The company did not respond to questions, including what percentage of its annual sales are to aerospace and defense companies.

Critics say this is yet another knock on a nomination that has already faced opposition due to industry ties and the need to seek a waiver. Austin retired in 2017, short of the seven-year “cooling off” period required by law.

“This is just emblematic of how conflict-riddled this nomination is,” said Mandy Smithberger, the director of the Project on Government Oversight’s Center for Defense Information. “It’s yet another area of the department’s portfolio where competitors can raise questions about the fairness of the department’s decisions.”

And in Smithberger’s view, the fact that Nucor is a defense subcontractor instead of a prime that works directly with the department does not reduce the risk of conflict of interest. “The bottom line is these decisions are going to impact their finances and he’s certainly going to appear to have a bias for a company that he knows better,” she said.

Smithberger said it is crucial for Austin to recuse himself for the duration of his service at the Pentagon from all matters involving Raytheon, Huntington Ingalls and Oshkosh, which spans a broad swath of the department’s portfolio.

Benjamin Friedman, the policy director at Defense Priorities, agreed Austin’s service on Nucor’s board would “potentially … raise issues,” but added that just recusing himself from direct contract awards does not eliminate the perception or reality of bias.

“You’re making a whole bunch of decisions that have impacts on contractors and on subcontractors,” he said. For example, Austin could make a broad decision to boost the size of the Navy’s fleet that would undoubtedly benefit Huntington Ingalls while still recusing himself from specific contract awards involving that company.

A Biden transition spokesperson confirmed that Austin will recuse himself as required by ethics laws. “Joe Biden has pledged the most ethically rigorous administration in American history, and every cabinet member will abide by all disclosure requirements and strict ethics rules,” the spokesperson said.

Austin was also a partner at Pine Island Capital, an investment firm that recently bought a series of small military contractors, the New York Times reported. When he joined the board of the firm in July, Pine Island touted that he was using experience and judgment gained during his military career to work with its companies, including InVeris Training Solutions, which develops virtual and live-fire training systems for the military, and Precinmac Precision Machining, which make components for the defense industry, as well as the semiconductor and aerospace communities.

The former general also runs his own private consulting firm, Austin Strategy Group, LLC, based in Great Falls, Va. A website for the group now returns an error message, but a cached version of the page from Dec. 1 lists areas of expertise as U.S. foreign policy, national security and leadership. An inquiry sent to the group through a cached contact page was not answered.

Two other candidates to be Biden’s defense secretary — Michèle Flournoy, a former deputy assistant secretary for strategy at the Pentagon, and former Homeland Security Secretary Jeh Johnson — also came under scrutiny for their ties to the defense industry as Biden weighed his options. Flournoy faced criticism for co-founding WestExec Advisors, a consulting firm with a secretive client list that was co-founded by Antony Blinken, Biden’s pick for secretary of state. Flournoy is also an adviser to Pine Island Capital Partners, the Times reported, and served on the board of contractor Booz Allen Hamilton.

Johnson, who has since said he will not serve in the administration, has been director of the Lockheed Martin board of directors since January 2018.

Naming a defense secretary with industry experience continues a pattern set by the Trump administration with the nomination of former Defense Secretary Jim Mattis, who served on the General Dynamics board of directors after a four-decade career in the Marine Corps. His deputy, Pat Shanahan, spent more than three decades at Boeing before taking over as the Pentagon’s second-in-command. While he was never confirmed as secretary, he spent more than six months as the acting defense secretary after Mattis’ departure.

Most recently, former Defense Secretary Mark Esper, who was fired last month, was a top lobbyist for Raytheon. He recused himself from all contract decisions involving his former employers for the beginning of his time in government, but refused to extend his recusal when pressed by Sen. Elizabeth Warren (D-Mass.).

It’s unclear what affect these issues will have on Austin’s confirmation. While most of the opposition to his nomination so far has centered on the fact that he will need a waiver, some progressive lawmakers asked Biden to pick a defense secretary with no ties to the defense industry before Austin’s selection was announced.

“Despite President Trump’s boast that he would ‘drain the swamp’ and hire only ‘the best people,’ he has continuously failed to do so,” Reps. Mark Pocan (D-Wisc.) and Barbara Lee (D-Calif.) wrote in the Nov. 10 letter. “We strongly encourage you to reject the mistaken nominations of the Trump era; and, again, commit to appointing secretaries of defense with no previous ties to defense contractors.”

Analysts outside of the government have also said abiding by ethics laws should be a bare minimum, advocating instead for appointing a defense secretary who has never worked at a defense contractor.

“In an ideal world, no political appointees would have worked for or served on the board of a for-profit entity that received money from the agency they would work in,” Kate Kizer, the policy director at Win Without War, wrote in an op-ed.