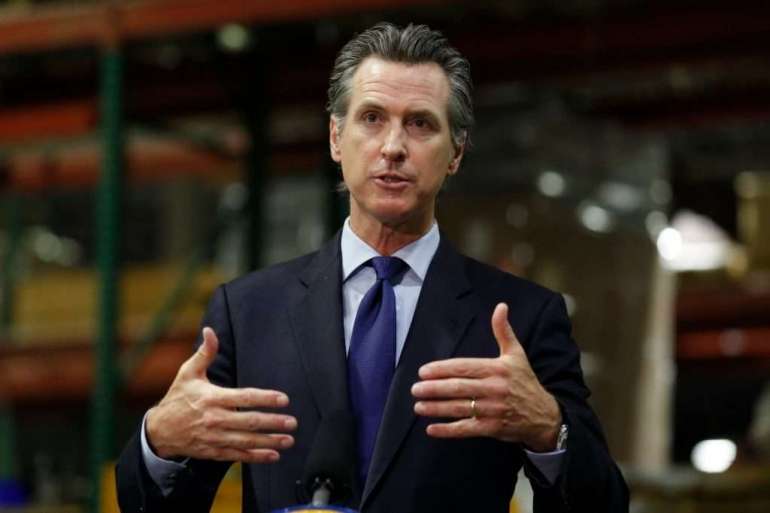 The additional vacancy could help Newsom ease tensions with Black and Latina women’s groups who have said the governor should not appoint Padilla to the Senate job and instead name a woman of color to replace Harris, a Black and South Asian woman.

In addition to elevating allies or empowering flag bearers for underrepresented groups, Newsom will have to weigh the risks of creating a new vacancy if he taps someone in a seat vulnerable to a Republican flip.

“Gavin Newsom is in an enviable, and unenviable position at the same time,” said Democratic strategist Roger Salazar. “He’s got a tremendous opportunity to put his stamp on the administration — getting to pick a U.S. senator, an attorney general and maybe even somebody that opens up a spot someplace else.”

Our must-read briefing on politics and government in the Golden State.

It’s the first time in nearly 70 years that a California governor has had anything close to this kind of appointment power, according to California State Library legislative historian Alex Vassar. Between December 1952 and early January 1953, Gov. Earl Warren had to appoint a new U.S. senator, state controller and a member of the Board of Equalization, the state’s elected tax commission. But those latter two seats are lower profile than the ones Newsom is looking at.

Becerra’s move to the Biden administration does not cement Padilla’s chances to become the state’s next U.S. senator. Insiders have believed for weeks that Newsom preferred Padilla over Becerra and that the AG had instead set his sights on joining the Biden administration. The battle for the Senate seat had boiled down more to a choice between Padilla and several highly-qualified women of color in recent days.

The multi-dimensional appointment chess match has mesmerized California’s political classes, who had been feverishly debating Harris’ replacement even before she punched her ticket to the White House. The Sunday afternoon news that Becerra is headed back to Washington set off another flurry of parlor games in California political circles, with insiders throwing out names of potential lawyers whom Newsom could pick.

Herrera is already considered as a leading candidate given his experience, Latino background and longstanding relationship with Newsom. As San Francisco’s city attorney, Herrera has already gone to bat for key progressive causes such as gay marriage and has been a point man against the Trump administration on key issues backing up Newsom and Becerra.

“I love serving the residents of the city and county of San Francisco and, obviously, a lot of our work has been with the attorneys general’s office, over the years, on behalf of California statewide,’’ Herrera said in an interview Sunday, noting that he has worked with previous California attorneys general to advance the state’s causes in the courts.

But the competition for Becerra’s job is intensifying as befits a job that has long been a launching pad, catapulting Harris to the Senate before Becerra filled her seat. Among other candidates, Bonta was in consideration to become attorney general in 2016, when then-Gov. Jerry Brown ultimately chose Becerra to replace Harris; he would be California’s first Asian-American attorney general.

Meanwhile, Escutia told POLITICO in an interview that she would “absolutely” be interested but had not spoken to Newsom.

Salazar, the Democratic strategist, said Newsom could go an obvious route and make a popular pick like Herrera, or make a non-political pick like Thomas Saenz, president and general counsel of MALDEF, who has been in the running for some top legal posts. Picking a Congress member would be riskier, he said, given that the “Democratic majority there is somewhat tenuous,” and the party wouldn’t want to take a chance losing a swing House district.

If Padilla gets Harris’ seat, Newsom would also have the opportunity to preemptively shape a nascent battle to be California’s next top elections official — or to defuse it.

Assemblymember Gonzalez has already launched her secretary of state campaign for 2022, when Padilla would be termed out, and in the past week she has sought to telegraph her clout by rolling out endorsements from Assembly Speaker Anthony Rendon and California Controller Betty Yee. But Gonzalez is facing a challenge from Democratic Assemblyman Evan Low, a clash that approximates power dynamics within the Democratic-dominated Legislature.

Newsom could choose sides — or he could sidestep the strife by choosing someone else entirely, although that could earn him the enmity of Gonzalez and her allies in organized labor. He would have a far deeper list to draw on without needing to choose a lawyer, opening up Senate contenders like Long Beach Mayor Robert Garcia, Senate President Pro Tem Toni Atkins or San Francisco Mayor London Breed.