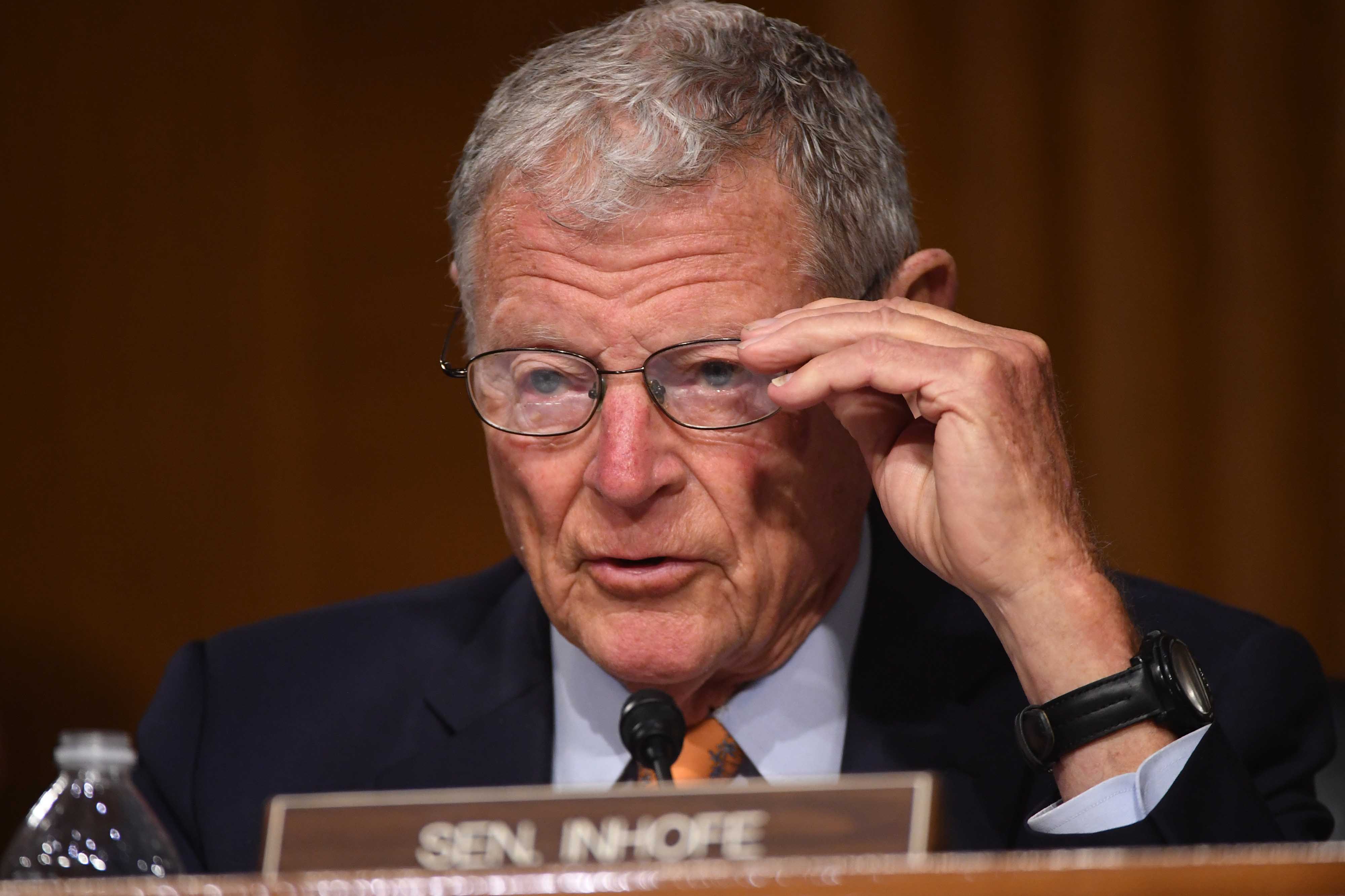 The confrontation will likely result in one of the few lasting rebukes of Trump by Congress, where Republicans have largely been unwilling to risk the ire of the president and the GOP base.

Congressional leaders have telegraphed that they’ll likely be able to muster enough votes to overturn Trump’s veto, though some Republicans could side with Trump on an override vote. Both the House and Senate passed the compromise bill with veto-proof majorities.

In recent weeks, lawmakers have sidestepped Trump’s demand to use the defense bill to repeal the online shield, known as Section 230. They contend the defense bill, which includes popular provisions like a pay raise for U.S. troops and has become law for 59 consecutive years, is too important to risk by attaching an issue with no link to national security.

Ahead of the final vote, Senate Armed Services Chair Jim Inhofe (R-Okla.), touted the NDAA as “the most important bill of the year.”

“I know there’s a lot of controversy about this bill,” Inhofe said on the floor. “I know that the president wanted to have something in there that was having to do with language that had nothing to do with the military.”

“I agree wholeheartedly with him,” Inhofe said of Section 230 repeal. “But … you’ve got to have a defense authorization bill. Our kids in the field demand it.”

Trump has taken to Twitter to criticize Inhofe, one of his closest allies on Capitol Hill, for not pushing to include a Section 230 repeal in the final agreement.

It’s unclear how soon Trump may nix the legislation or when the House and Senate will vote to override. Some lawmakers have held out hope that large votes will convince Trump to back of his veto threat.

But the social media protections aren’t Trump’s only gripe with the defense legislation. The bill also includes a provision, authored by Sen. Elizabeth Warren (D-Mass.), that would give the Pentagon three years to rename Army bases and other military property that honor Confederate leaders. Similar provisions to scrub the base names were included in both House and Senate versions of the bill.

Trump threatened over the summer to veto any legislation that would remove Confederate names from bases. The president equated the move with rewriting U.S. history, though the provision enjoyed bipartisan support.

The White House has also cited opposition to provisions that would put guardrails on Trump’s plans to draw down U.S. troops from Afghanistan and Germany.

Opposition to the Afghanistan provision — which requires detailed national security assessments from the Pentagon before U.S. troops there can drop below certain levels — briefly stalled the bill on the Senate floor this week. Sen. Rand Paul (R-Ky.) objected to swift passage of the bill before relenting on Friday.

“Our main point in filibustering the defense authorization bill was to point out that the president should have the prerogative to end the war, not just start wars,” Paul told reporters.

The defense bill cleared its final procedural hurdle on Friday morning with senators voting 84-13 to end debate on the measure. Sixty votes were required to wrap up debate. Immediately after the vote, Inhofe secured an agreement to hold an afternoon final vote on the NDAA.

Republicans Tom Cotton of Arkansas, Josh Hawley of Missouri and Ted Cruz of Texas opposed the final bill after supporting the Senate version in July. Democrats Sherrod Brown of Ohio, Kirsten Gillibrand of New York and Patrick Leahy of Vermont supported the compromise legislation after voting against the initial Senate bill.

Sen. Lindsey Graham of South Carolina, one of the few Republicans to back Trump’s effort to repeal Section 230 in the defense bill, did not vote Friday.

The House passed the bill Tuesday with 335 votes in support, signaling it can achieve the two-thirds majority needed to overturn a veto.

In all, the bill would authorize $741 billion for national defense efforts. Within that total, the bill authorizes $635.5 billion for the base Pentagon budget and $26.6 billion for nuclear programs under the Energy Department. Another $69 billion is dedicated to a separate Pentagon war account.

It greenlights the purchase of 93 F-35 fighter jets, built by Lockheed Martin, 14 more than the Pentagon requested in its budget.

The bill includes $23.4 billion for the Navy to build nine new warships, a boost of $3.5 billion from the service’s request. Lawmakers authorized funding for a second Virginia-class attack submarine, rebuffing efforts by the Pentagon to purchase just one boat, which the Trump administration eventually reversed course on.

The bill sets aside $2.2 billion for a new Pacific Deterrence Initiative to deter China by boosting U.S. military posture in the Indo-Pacific region.