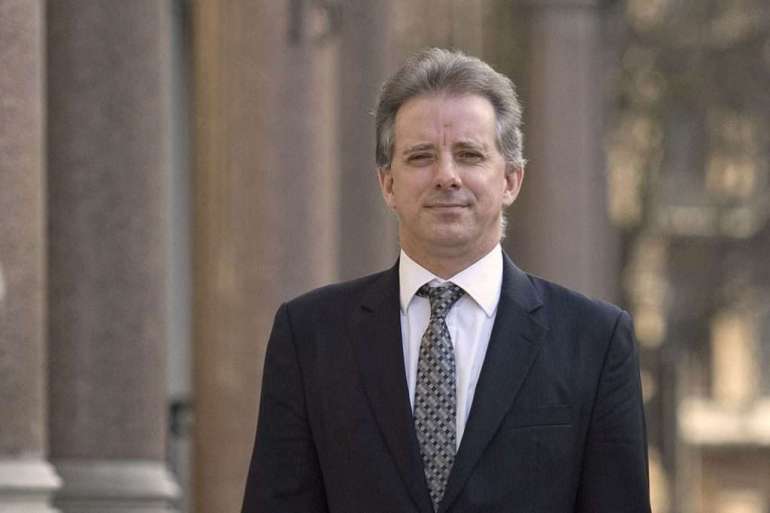 The underlying context for the request, the people said, is that Durham believes Steele’s notes could contain evidence that FBI agents improperly disclosed classified information about Crossfire Hurricane, as the bureau dubbed its Russia probe, in the course of questioning Steele about his own findings regarding a potential conspiracy between the Trump campaign and Russia, the people said.

For the U.S. government to hire a commercial litigator overseas and request documents in a civil case is in itself highly unusual, legal experts said, and suggests the British government was not involved in, or cooperating with, Durham’s criminal investigation.

A sealed court filing dated July 21, 2020 and obtained by POLITICO shows that John Fordham, a lawyer for the London-based Stephenson Harwood law firm, moved on behalf of the United States to lift a protective order on evidence that had been gathered in a separate lawsuit brought against Steele in Britain by the founders of Russia’s Alfa Bank. (The U.S. Justice Department does not have jurisdiction over Steele — a British citizen — or his firm, so cannot directly compel him to turn over any evidence.)

The evidence in the Alfa case, which was tried and decided in March, included a memo Steele wrote on July 5, 2016 documenting his meeting with FBI officials at his offices in London, as well as Steele’s notes from an Oct. 3, 2016 meeting in Rome with several agents involved in Crossfire Hurricane.

A few months after the Alfa trial concluded, lawyers from Stephenson Harwood approached lawyers for Steele’s firm Orbis Business Intelligence Ltd., asking for the notes directly since they had been used as exhibits in the trial. But when the law firm declined to disclose who its client was, Orbis’ attorneys in turn declined the firm’s request and were later taken to court, according to the people familiar with the episode. Stephenson Harwood disclosed in a subsequent court order, which is not publicly available but was described to POLITICO, that the Justice Department was its client.

The British legal team’s efforts on Durham’s behalf have so far failed, however — Steele agreed to provide his witness statements from the Alfa case, but has not been compelled to turn over his notes documenting his meetings with the FBI.

Barr indicated in an interview last week that Durham had narrowed his focus to the conduct of the FBI agents who worked on the Russia probe, but did not elaborate. People familiar with his investigation, however, say Durham has been examining whether the FBI agents who met with Steele in Rome in 2016 divulged classified information about the counterintelligence probe targeting former Trump campaign adviser George Papadopoulos. A DOJ Inspector General investigation, which ended in December 2019, concluded that one of the FBI case agents did disclose classified information about Papadopoulos to Steele without prior authorization.

But the inspector general, Michael Horowitz, concluded that the case agent should not be faulted — firstly, because he never tried to hide that he’d revealed the information to Steele, and secondly because the FBI does not have any established guidelines for how to address the disclosure of sensitive or classified information to sources. How much to reveal to a source when “tasking” them is subjective and usually at the agent’s discretion, and depends on how much the agent believes the source needs to know about an investigation in order to collect relevant intelligence, according to former FBI officials.

Horowitz ultimately recommended only that “the FBI establish guidance for sharing sensitive information with [confidential human sources],” but did not recommend that the case agent be charged with any crimes.

Nevertheless, Durham appears to have continued investigating the issue. His team, led by federal prosecutor Nora Dannehy, first approached Steele and his firm, Orbis Business Intelligence Ltd., in February requesting an interview, according to people familiar with the episode. But Steele declined, citing concerns that Durham’s investigation was inherently politicized because of Barr and Trump’s involvement. Dannehy later resigned, reportedly raising concerns among colleagues of inappropriate political pressure to deliver a final investigative report before the presidential election. She did not respond to POLITICO’s requests for comment at the time.

Durham’s investigation is ongoing, and he was made a special counsel by Barr just before the 2020 election. The status change will make it more difficult — or at least politically costly — for the incoming Joe Biden administration to fire him.