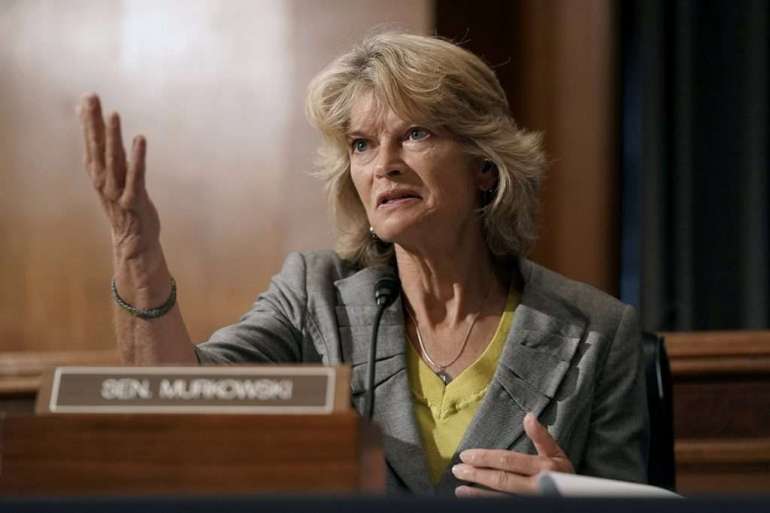 “They signed onto an amicus brief in the House. There’s no version of that in the Senate,” said Sen. Marco Rubio of Florida. “Amicus briefs can be important, but on a matter of this magnitude, I think the Supreme Court is going to make its decision whether or not it’s going to take the case based on the Constitution.”

While some are hedging on whether they support the lawsuit, and Sen. Ted Cruz of Texas has even offered to argue the case, it appears exceedingly unlikely there will be a serious Senate companion to House Republicans’ jaw-dropping effort to align themselves with Trump’s flailing court efforts.

Some Senate Republicans are actively criticizing the effort. Sen. Ben Sasse of Nebraska said it looks like “a fella begging for a pardon filed a PR stunt rather than a lawsuit,” a reference to the federal probe of Texas Attorney General Ken Paxton, who is spearheading the push. Sen. John Cornyn of Texas said the Senate GOP’s distance from an effort that’s so popular in the House “reflects skepticism about the legal theory about whether one state or a group of states can challenge state elections.”

“I’m surprised,” added Sen. Lisa Murkowski of Alaska. “Even more so, I was really disappointed that this is continuing in this way.”

The divide over the lawsuit is just the latest example of how House and Senate Republicans have, at times, taken different approaches to Trump’s brazen effort to overturn an election that he lost. Yet the split screen between the two chambers is hardly surprising.

For instance, House members in gerrymandered districts are far more fearful of a 2022 primary challenge if they don’t go with Trump than the senators who serve entire states in six-year terms.

Senators also tend to be more careful with their words. Many of them on Friday chose not to explicitly attack the lawsuit or the president’s strategy even as they declined to embrace it.

“To me the key is to let the cases play out in the courts. If there’s a path, that’s the path,” said Sen. Thom Tillis of North Carolina, who just won a six-year term running as a loyal Trump ally after earlier breaks with the president.

And Sen. Mike Braun of Indiana declined to rule out eventually signing onto an amicus brief supporting Trump’s effort: “I just haven’t made my mind up yet.”

The House, meanwhile, is filled with conservative bomb throwers who have had no reservations about echoing Trump’s baseless claims of voter fraud. This is the same band of conservatives who once stormed a secure facility inside the Capitol to protest the House impeachment proceedings.

Rep. Mike Johnson of Louisiana led the effort to encourage his GOP colleagues to lend their name to the amicus brief, telling Republicans in an email: Trump is “anxiously awaiting the final list.”

Initially, 106 lawmakers were listed on the brief, but 20 were left off due to a “clerical error,” according to Johnson. The next day, Johnson tweeted out the additional names — one by one — to thank them. McCarthy was on the list, just a day after refusing to comment on whether he would support the amicus brief.

“I’m never surprised by the House of Representatives,” said retiring Sen. Lamar Alexander of Tennessee. Later Friday, he told MSNBC’s Chuck Todd that he’s “having a hard time figuring out the basis for that lawsuit.”

But this time, the effort to show support for Trump is more than just a stunt: It could undermine voters’ faith in democracy, with implications for many years to come.

“I definitely appreciate the things that Cornyn and Sasse are saying. That’s important,” said Sen. Chris Murphy (D-Conn.) “I don’t want to make it sound as if none of them are saying the right things. But it just feels like a snowball right now and somehow, some way we’ve got to stop it.”

The Texas lawsuit isn’t the only place where Trump’s House allies have been lining up to publicly show their loyalty to the president while Senate Republicans have exercised more caution.

Several House Republicans, including Rep. Mo Brooks of Alabama, have vowed to challenge the election results when Congress certifies the Electoral College votes on Jan. 6. Conservatives are still trying to recruit an ally in the Senate, which would be required to force deliberation on the matter. So far, no Senate Republicans have stepped up, though Sens. Ron Johnson of Wisconsin and Rand Paul of Kentucky aren’t ruling it out.

Privately, Senate Republicans say they will ultimately shut down any such challenge in Congress if they have to.

The campaign to appease Trump has also been playing out during House Republican Conference meetings in recent weeks. Rep. Alex Mooney of West Virginia, whose seat will be affected by redistricting next cycle, introduced a resolution this week to condemn any lawmakers who call on Trump to “prematurely” concede the election.

And earlier this month, conservative Rep. Louie Gohmert of Texas confronted Republican Conference Chair Liz Cheney of Wyoming during a private conference call over her statement about the election. Cheney had said that if Trump’s campaign cannot prove voter fraud, he should respect “the sanctity of our electoral process.”

Before the House GOP’s internal leadership elections, Gohmert had asked each of the candidates whether they think Trump should concede the election. The top GOP leaders all said they supported Trump’s move to let the legal process play out.

Meanwhile, a group of 27 House Republicans — led by freshman Rep. Lance Gooden of Texas — sent a letter to Trump this week urging him to appoint a special counsel to investigate voter fraud allegations.

Further incentivizing their behavior, Trump has publicly lauded lawmakers who have supported his bid to overturn the election — and lashed out at those who dared to challenge him.

Trump praised Brooks and Gooden on Twitter — something Gooden’s office was eager to point out in an email blast. And Trump has taken swipes at Cheney and others, while also demanding to see a list of the “RINO” Republicans who have acknowledged Joe Biden’s victory. Many of them serve in the Senate.

But aside from figures like Cruz and Sen. Lindsey Graham of South Carolina, who are praising Trump’s strategy, there’s simply not as much enthusiasm in the Senate GOP for joining efforts to overturn an election.