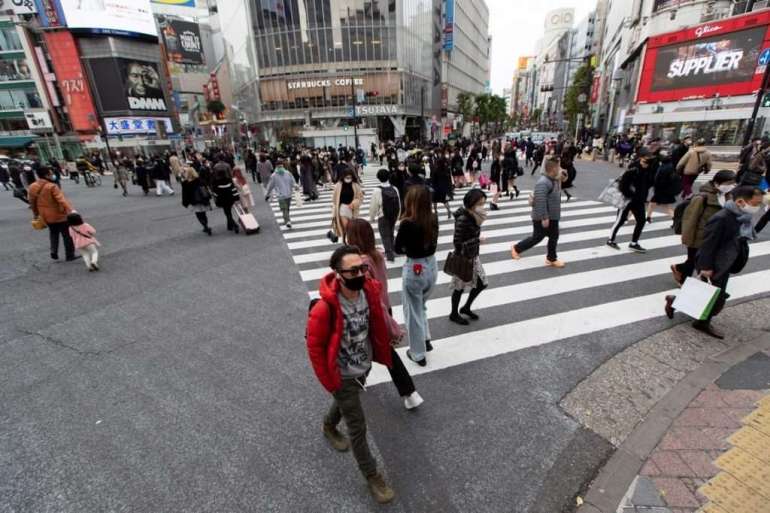 Recent media surveys show support ratings for the government of Prime Minister Yoshihide Suga have dropped about 20 points from around 70% during his first three months in office amid public discontent over his coronavirus handling.

Japan issued a nonbinding state of emergency in the spring and has survived earlier infection peaks without a lockdown. Experts say the ongoing resurgence in the dry and cold season would be a bigger challenge.

In other developments in the Asia-Pacific region:

— South Korea has set another record for its daily coronavirus tally with 1,030, as authorities struggle to suppress the virus’s spread. The Korea Disease Control and Prevention Agency said Sunday the additional cases including two deaths raised the national caseload to 42,766 with 580 fatalities. About 80% of the new cases were found in the densely populated Seoul area, where authorities have shut nightclubs and other high-risk venues, banned late-night dining and taken other steps to slow the spread. But such measures have shown little effect. Prime Minister Chung Sye-kyun said Saturday his government may have to enforce its highest-level social distancing rules if the virus doesn’t slow down. Such restrictions would ban a gathering of more than 10 people, shut down schools, theaters and department stores and suspend professional sports leagues.

— Chinese authorities have locked down an area of more than 250,000 people after half a dozen coronavirus cases were confirmed near the Russian border in the northeastern province of Heilongjiang. Checkpoints have been set up in Dongning and Suifenhe, and people were told not to leave unless necessary. Bus service has been suspended, schools closed and production halted at factories not making daily necessities. Restaurants were told to stop dine-in service and residential communities to control entry. Four cases have been confirmed since Thursday in Suifenhe and two in Dongning. China, where the coronavirus first emerged late last year, has moved swiftly to stamp out any reappearance of the virus. The National Health Commission reported 24 new cases nationwide, including four in Heilongjiang and another in Sichuan province in the southwest. The other 19 were imported from outside China.