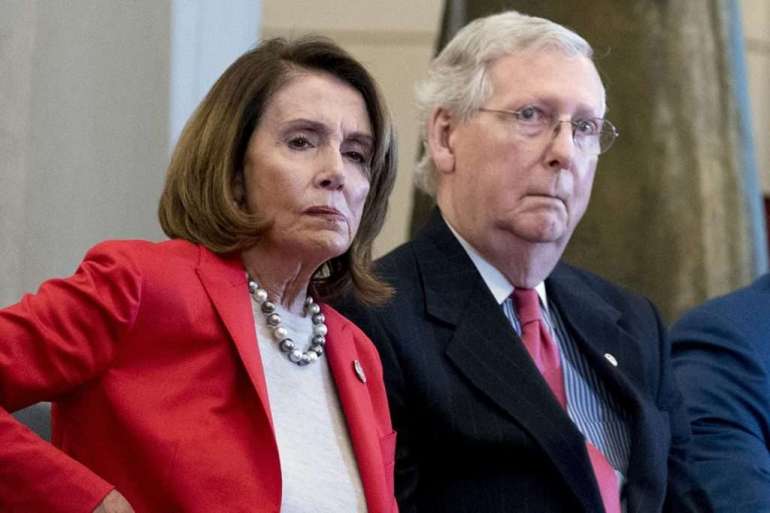 The discussion on Tuesday centered mostly on top line numbers and what components will go in the year-end deal, according to a source familiar.

The meeting was the first meaningful conversation between all four party leaders — known on Capitol Hill as the “four corners” — in months. The outreach comes with the window quickly closing to reach a much-needed agreement before lawmakers are scheduled to depart for the holidays at the end of this week.

Congressional leaders are hoping to attach their coronavirus deal to a massive omnibus bill to extend government funding beyond the current Friday deadline.

McConnell reiterated his suggestion to table those issues on Tuesday, noting that House Majority Leader Steny Hoyer (D-Md.) also opened the door to the idea over the weekend.

“We all know the new administration is going to be asking for yet another package,” McConnell said. “It’s not like we won’t have another opportunity to debate the merits of liability reform and of state and local government [assistance] in the very near future.”

Schumer has been critical of McConnell’s idea in recent weeks, saying state and local aid is key to any deal. But the New York Democrat wouldn’t say on Tuesday whether he’s open to dropping those demands for now.

There has been major movement in recent weeks toward a potential deal, including the bipartisan proposal finally unveiled by centrist senators on Monday that could be used as a framework for congressional leaders. The bipartisan plan included hundreds of billions of dollars in funding for small businesses, vaccine distribution, education and transportation as well as an extension of expiring unemployment provisions.

But some Republicans are concerned the bill text doesn’t reflect restrictions like the Hyde Amendment, which bars federal funds from going to abortions, and the text may need to be altered, according to two people familiar with the situation. Sens. Bernie Sanders (I-Vt.) and Josh Hawley (R-Mo.) are also still pushing for stimulus checks to be sent directly to individuals and families.