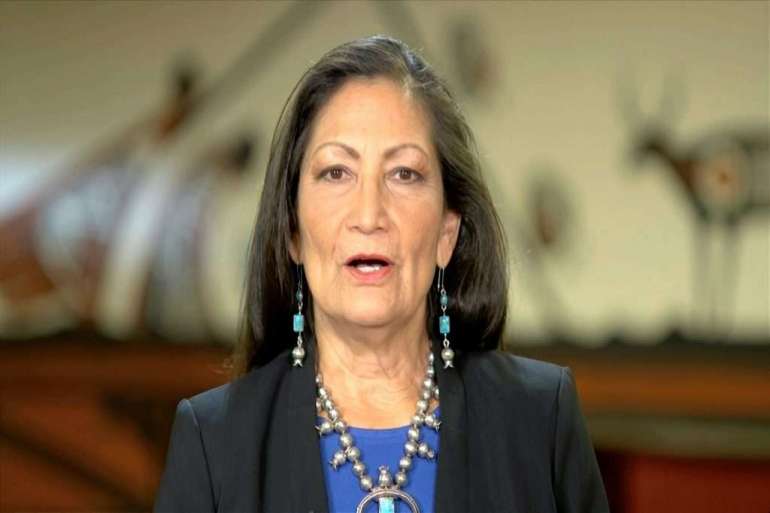 House Majority Leader Steny Hoyer, too, disputed that he discouraged the Biden transition team from picking Haaland or any other House members for the Cabinet.

“Any assertion that I have spoken to the administration about any one of the candidates is incorrect. False. Made-up,” said Hoyer, the No. 2 House Democrat. Hoyer went on to describe Haaland as a “wonderful, smart, effective leader,” noting she would be a strong pick for Interior.

“It would be very historic and very appropriate,” Hoyer said.

Biden has not yet announced a decision, and his presidential transition team has repeatedly noted concerns from Democratic leadership about offering positions to members of their caucus, which will soon face its narrowest majority in decades after November’s disappointing down ballot results.

Democrats have so far lost nearly a dozen incumbents, with a pair of races still uncalled, leaving them with a razor-thin margin over Republicans in January.

Both those seats — as well as Haaland’s — are solidly Democratic, and have little risk of flipping to the GOP. The bigger concern for House Democrats is the stretch of time between those members’ resignations and the special election to replace them, leaving Pelosi and her leadership team almost no room for error during Biden’s first 100 days.

Hoyer had previously suggested that Biden would need to be judicious when choosing more Democrats from Congress for his Cabinet, noting the tight majority in both chambers. But the Maryland Democrat said Wednesday that he wasn’t speaking specifically of Haaland or any other members.

“It is a very, very close margin,” Hoyer said. “I did not speak as it related to any particular member.”

Left-wing groups, too, organized tribal leaders to call into Pelosi’s office to lobby her for the appointment. Some deep-pocketed donors started making calls too. Mark Headley, who donated a few hundred thousand dollars to help Democrats retake the House in 2018, was among the donors pressing to have lobbyists and lawmakers push Pelosi.

Biden’s preference for Haaland was first reported by Reuters.