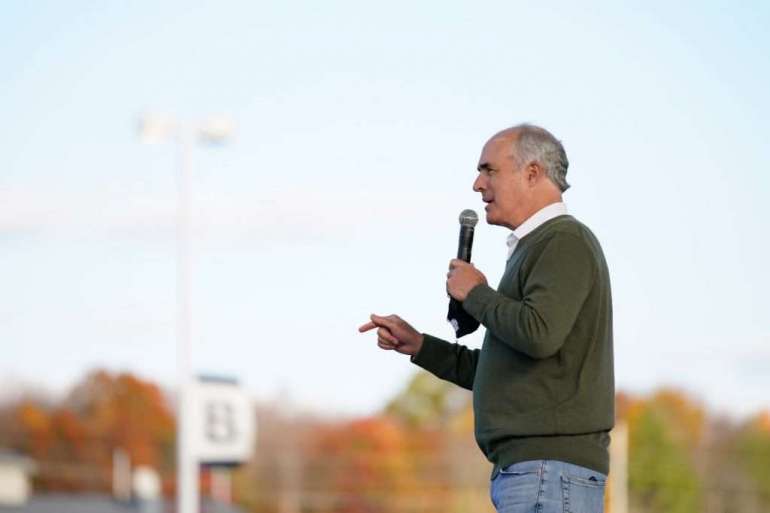 But Biden, he added, “knows how to throw a punch, too, and I think people need to understand that.”

Casey’s comments come as congressional leaders are scrambling to hammer out a coronavirus relief package that has been stalled for months even as the virus has killed more than 300,000 Americans and as the economic wounds deepen. Hope has grown considerably in the past few days for a deal approaching a $1 trillion price tag, though the situation remains fluid.

Biden has said that he hopes Congress is able to come to an agreement before the end of the year to help tide people over until vaccines become widely available, though he has said it will just be a “down payment” and that additional aid will need to be passed early next year.

Casey said the president-elect will be able to draw on his years of experience dealing with McConnell, who is expected to continue leading his caucus if Republicans are successful in defending at least one of their two incumbents in the Jan. 5 Georgia runoffs, and who will continue to hold sway even if the GOP is relegated to the minority.

“It’s significant, and it’s not a casual acquaintance,” Casey said.

Casey knocked McConnell for what he said is his “strong partisan streak and a quest for power,” while adding he is more willing to entertain Democratic proposals to cut a deal than other Republicans.

“I think the fact that he’s not as ideological as some provides maybe an opportunity in some instances,” Casey said.

The Pennsylvania senator also said he’s been disheartened to see Republican colleagues threaten to shoot down some of Biden’s administration picks, particularly Neera Tanden’s nomination to lead the Office of Management and Budget. Republicans have balked at Tanden’s pugnacious social media presence, even while tolerating President Donald Trump’s Twitter habit.

“That’s kind of insulting, I think, to the American people,” he said. “If they have a principled objection to her, that’s fine.”