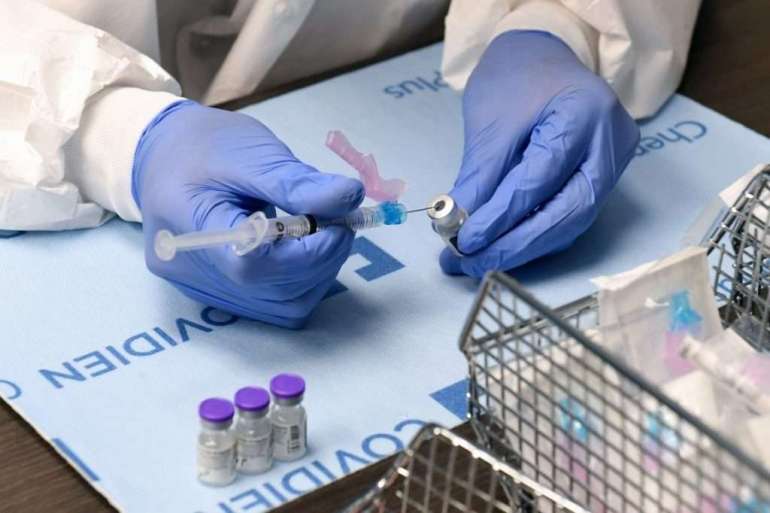 Groups already are mounting a lobbying blitz ahead of the selection process, all arguing that they’re in harm’s way without a vaccine.

The National Sheriffs’ Association is pushing states to include its members and jail populations in the next immunization group, noting that a large number of inmates and staff across the country have been infected. An independent study estimates roughly 260,000 inmates have been exposed to the virus.

“We support looking at county jails as congregate housing facilities much like nursing homes,” said Dave Mahoney, president of the sheriffs’ group.

The International Association for Fire Fighters also wants top prioritization, arguing its members are often the first responders in all medical situations and should be considered de facto health care workers.

Teachers unions, school officials and state lawmakers have already argued it’s essential to include educators in the next group in order to reopen schools, as some public health experts and the Trump administration have urged.

Camp counselors are aligning themselves with teachers, saying they’ve helped fill a void by operating learning hubs for kids in the absence of in-person schooling during the pandemic. The American Camp Association, along with nearly 50 other groups like the Boys and Girls Club of America and the YMCA, wrote to the CDC advisers asking to be included in the next priority group.

Jose Romero, the chairman of the advisory panel, told POLITICO such selection processes are routine for vaccines, but “not to this degree.”

“The discussions around [the next tier] are extremely complex because we’re dealing with a large number of individuals and a limited supply of a vaccine right now,” said Romero, who also serves as Arkansas’ health secretary.

ACIP’s coronavirus vaccine work group on Nov. 23 proposed vaccinating essential workers like teachers, police and food and agriculture workers, before adults over 65 and people with high-risk medical conditions. That left it to the advisory committee to finalize the policy and make its recommendations Sunday for the so-called 1b and 1c priority categories. CDC Director Robert Redfield is then expected to approve the recommendations.

The debate is an ethical thicket, not only for the committee’s members, but for state and local officials who’ll ultimately have to parcel out the shots and ensure the right people are getting early access to the vaccine.

“it’s just tricky now because there seemed to be a big consensus that emerged around health care workers being the first group,” said Jen Kates, a senior vice president of the Kaiser Family Foundation. For the next tier, “it’s just going to be much harder,” she said. “I would imagine once [the CDC panel] makes its final decisions, certain industries and groups are going to be lobbying even at the state level to have their state make a different decision.”

The advisory committee hasn’t decided how detailed it’s recommendations will be. In the initial round, it broadly recommended health care workers should be among the first to receive a coronavirus vaccine but didn’t say which specialties should go first, noting that jurisdictions could consider those workers who are routinely within six feet of patients.

“In general, our approach is not to be prescriptive,” Romero said.

Addiction and mental health providers say the lack of specificity left them out of the running, even though they deal in person with a disproportionate share of patients at high risk of getting infected, and who’d likely suffer poor outcomes if exposed.

The National Association for Behavioral Healthcare, one of the largest groups representing addiction and mental health providers, is pressing states to include its members in the early rounds.

“Historically, substance use and mental health providers are forgotten in these situations,” said Sarah Wattenberg, director of quality and addiction services at NABH. “However, demand for treatment services has increased under Covid and will only worsen with a second wave of Covid infections.”

The groups say they were also left out of priority shipments for personal protective equipment earlier in the pandemic response.

“While I would never put them ahead of ICU docs, they are right there dealing with emergent situations,” said Dominic Sirianni, the chief executive officer at Delphi Behavioral Health Group, a national chain of mental health and addiction treatment centers. Sirianni says his centers have reported a number of outbreaks of Covid and many of his staff members have had to quarantine and isolate, which has placed a strain on their workforce.

“It’s frightening, and exhausting and we’d love to see some light at the end of the tunnel too,” he said.