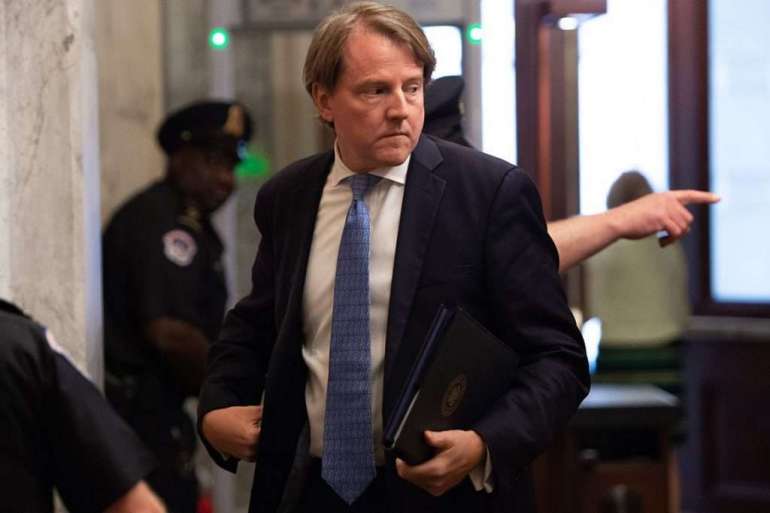 The Justice Department had argued that the McGahn suit should essentially be dismissed as moot because the subpoena Nadler issued in 2019 would lose force once the current Congress expires on Jan. 3.

But Letter pointed to the House’s long history of permitting litigation to carry over, noting that if each Congress were required to start from scratch, they would simply be forestalling indefinitely answers to crucial questions about Congress’ ability to compel testimony from the Executive Branch. Though Trump will be out of office, Letter emphasized that his testimony could help shape “remedial legislation.” Nadler said in his memo that he anticipated legislation to “restore historical norms” governing the relationship between Congress and the Executive Branch.

McGahn was a central witness to evidence that Trump attempted to obstruct Mueller’s probe. He twice ordered McGahn to have Mueller removed and also instructed him to create a false record about the decision, McGahn told Mueller’s investigators.

The Judiciary Committee subpoenaed McGahn for testimony in April 2019, but he ignored their deadline under orders from Trump. The House brought the case to court in August 2019, and lawmakers have been winding their way through litigation since. The Justice Department and White House have claimed that McGahn and other close aides to the president are “absolutely immune” from testimony, a doctrine that has never been upheld by a court but has also rarely been tested. Courts that have examined it have largely rejected the breadth of the claim but also have not set out detailed contours for when Congress may demand testimony from senior presidential advisers.

It’s unclear if the incoming Biden administration will maintain the Justice Department’s posture in the case.

The House’s case is now awaiting consideration from full U.S. Court of Appeals for Washington, D.C., after a three-judge panel invalidated the House’s case on technical grounds, claiming that the House lacks the legal authority to bring subpoena enforcement lawsuits at all. The unexpectedly sweeping ruling jarred top Democrats, who quickly appealed to the full court, which has already once invalidated a similarly broad ruling by the same three-judge panel.

The Justice Department is due to file a reply brief on Jan. 11, and an oral argument is scheduled for Feb. 23.

Even if the House prevails in convincing a court that McGahn is not “immune” from testimony, Trump — even out of office — has the ability to invoke executive privilege over aspects of McGahn’s potential testimony, which could create additional obstacles even if the former White House counsel agrees to testify.