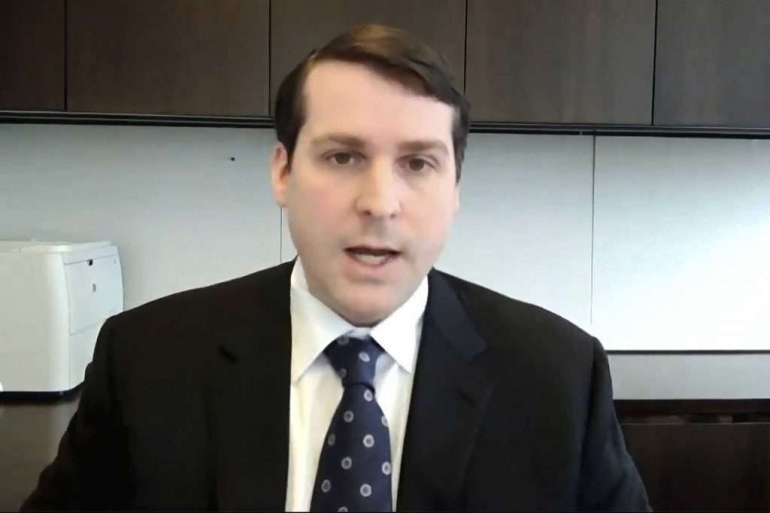 The admissions, however, rang hollow to most committee members, who noted that the family benefited immensely from the billions in profits OxyContin generated for the company they owned.

“To the Sackler family and Purdue Pharma, let me make this clear as I can be: You all are bad actors,” Rep. James Comer (R-Ky.) said.

In November, Purdue pleaded guilty to three criminal charges as part of a more than $8 billion settlement that the Department of Justice announced the prior month. Purdue’s owners, members of the Sackler family, also agreed to pay $225 million in a civil settlement.

The company, more than any other, has been blamed for driving the nation’s opioid epidemic with its aggressive promotion of OxyContin. Thursday’s hearing was the first time the drug manufacturer’s representatives have testified under oath before Congress about Purdue’s role in the ongoing crisis, which has killed hundreds of thousands of Americans over the past two decades.

Both David and Kathe Sackler, denied personal culpability in the company’s misdeeds, while Purdue chief executive officer Craig Landau — who also appeared Thursday — stated that the company accepted “full accountability and responsibility” for its crimes.

“There’s nothing that I can find that I would have done differently based on what I believed and understood then” said Kathe Sackler.

David Sackler also repeatedly lashed out at the media for what he said is a “wrong and highly distorted” depiction of Purdue and the family that owns it as having fueled addiction.

Members of the committee fumed at the responses given by all three witnesses throughout the hearing, but testimony from the two Sackler family members drew the most ire from lawmakers.

“I’m not sure that I’m aware of any family in America that’s more evil than yours,” Rep. Jim Cooper (D-Tenn.) said, adding that their testimony made his “blood boil.”

“Everything that was in fact designed to take advantage of people and exploit their weakness was presented by Sackler and Purdue as trying to help those patients,” he said.

Landau and the Sacklers’ appearance came only after Chair Carolyn Maloney (D-N.Y.) threatened to issue subpoenas to compel their testimony.

“This company played a central role in fueling one of America’s public health crises,” Maloney said.

Maloney also promised future hearings on the issue. At the onset of the hearing, the committee played a series of recordings from various people whose family members died from opioid addiction after using OxyContin.

As part of the agreement with the Trump administration, members of the Sackler family are required to relinquish all ownership and control of Purdue, which is also mandated to dissolve and the assets of which would be diverted to a government-owned “public benefit company” that will produce the drug and use the profits to address the opioid crisis.

More than two dozen state attorneys general have urged against the creation of such a company, arguing the government should not profit off the continued sale of the drug.

The agreement has also been criticized for not pursuing criminal charges against members of the Sackler family to hold them accountable, though the settlement leaves open the possibility of future charges.

“I think it’s clear your family has tried to fraudulently shield money for your own personal benefit. I think it’s appalling. Those profits, in my opinion, should be clawed back,” Maloney told David Sackler.

Purdue is also party to a separate legal matter filed by thousands of U.S. counties, cities and localities against various drugmakers, pharmacies and drug distributors. A bloc of state attorneys general has pressed to bring the protracted litigation battle to a close with a $48 billion global settlement, while others involved with the suit want to hold out for a larger amount.

Purdue last year filed for Chapter 11 bankruptcy protection to freeze lawsuits against it while working out a separate settlement with the states, counties and localities, a decision that has also drawn fire from lawmakers and others as another attempt to evade repercussions.

“It’s my belief that the bankruptcy process offers the best and most transparent and most equitable way to address the opioid epidemic,” David Sackler said. “I know it’s been widely criticized in the media, but I think that’s a lack of understanding.”