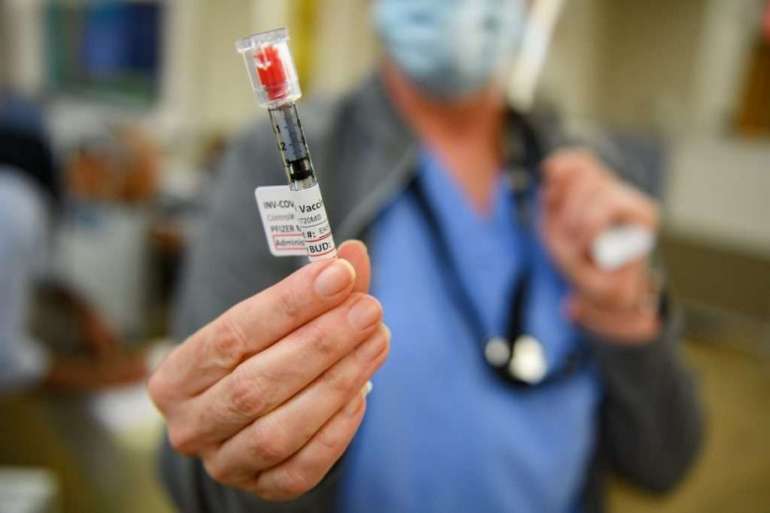 The loose controls threaten to continue the pattern of inequities seen throughout the pandemic. In the spring and summer, many waited in line for hours to have their noses swabbed while professional athletes were getting tested multiple times a week and concierge medical practices were supplying tests to celebrities.

For now, vaccines are reserved for front-line health workers and senior citizens in nursing home residents and other communal settings. A panel of Centers for Disease Control advisers on Sunday will recommend the next tiers of recipients, which could include teachers, first responders and other essential workers outside of health care, as well as people with chronic health conditions and people over 65.

But the final decision on who to prioritize rests with states. Some, like Alabama, plan to give some large employers in essential sectors allotments of vaccines, trusting the company to vaccinate its more vulnerable public-facing workers before the CEO.

Hospitals, clinics and pharmacies will play major roles as well. And while they can check electronic health records for their existing patients, and must collect people’s contact information in order to follow up with them for the second dose of the vaccine, people’s medical history can’t always be verified at the point where the vaccination is given.

“If a person presents at one of our health departments and says they have diabetes, we won’t ask for a note from their doctor or a list of their medications,” said Dr. Karen Landers, a medical officer at the Alabama Department of Public Health. “They have a reason for being there, and it’s a matter of trying to get a vaccine out in the most efficient way possible.”

Yet Landers and many other public health officials say that with thousands of people dying each day from the virus, it’s better to have a few line jumpers than to impose restrictions that slow down the vaccination process.

“Right now our biggest concern is having people confident to take the vaccine,” said Marcus Plescia, the chief medical officer for the Association of State and Territorial Health Officials. “If we have people trying to jump the line, in some ways that would be a good problem to have.”

In the hours between Trump’s exit from the White House and Biden’s entrance, a team of cleaners will wipe down every surface and mist the air with disinfectant. After that, masks will be mandatory and testing will be constant. POLITICO’s Alice Miranda Ollstein breaks down how Biden and his team are working to transform the White House from hotspot to bubble.

Unlike coronavirus tests, which the wealthy could purchase direct from an array of companies, Covid vaccines are scarce and tightly controlled.

Hospitals are receiving shipments now and vaccinating their own staffs while the federal government has contracted with major pharmacy chains to send teams of workers into elder care facilities to administer the shots.

“They’re all bought, paid for, and distributed by the federal government,” said Eric Toner, a senior scientist at Johns Hopkins’ Center for Health Security. “Not only do they want to make sure it’s not wasted or diverted, they need to know exactly who got the first dose so they can follow up with them for the second dose, which requires collecting their identity and contact information.”

The question is what could happen in the coming months, amid uncontrolled spread of the virus. When an FDA expert panel voted Thursday to recommend the agency back a second Covid vaccine from Moderna, one NIH scientist abstained from the vote, saying he wanted federal guidelines to ensure it was “more targeted to people at high risk of more threatening illness and disease.” He also added he was “very uncomfortable” with a blanket authorization that allows states to decide who should get the shots in what order.

Operation Warp Speed, the federal government’s vaccine accelerator, didn’t respond by deadline to questions about whether any measures have been put in place to prevent line-jumping or if the issue has been discussed with states, The CDC did not respond to a request for comment.

Despite the lack of clear federal or state guardrails, there are some mechanisms in place to prevent people from claiming a medical condition they do not have in order to move up in the line.

Community health centers that serve nearly 30 million of the nation’s most vulnerable patients say they plan to use their electronic health record to run reports of which of their existing patients meet certain metrics, like whether they have chronic conditions or are older.

“I think we’ve come from the standpoint that we’re trusting our patients, that the ones that need it, we will know who they are,” said Ron Yee, the chief medical officer for the National Association of Community Health Centers. But he acknowledged it will be more difficult to verify that new patients meet the criteria.

Andie Pivarunas, the director of public affairs at the National Community Pharmacists Association said that her members will be relying on “health records and prescription history” whenever possible when determining who qualifies for early vaccine access, and their “professional judgement” when those records aren’t available.

Officials in many states argue that while this system won’t be perfect, delegating these difficult decisions to health care providers beats any alternative.

“This is a medical operation, not a political operation,” New York Gov. Andrew Cuomo said Wednesday. “If you remember with the Covid testing there was a lot of back and forth, who got it first, and was there favoritism, etcetera. Medical professionals are going to administer Phase 2 [of the vaccine] by state guidelines, but it’s going to be done by medical professionals.”

While rich and famous individuals may not have an obvious advantage, rich and powerful corporations certainly will. As officials continue to hammer out their vaccine distribution plans for essential workers, lobbyists from a swath of industries are pressuring federal and state entities to give groups from pesticide manufacturers to zookeepers priority.

“It’s ultimately about who and what as a society do we value,” said former CDC Director Tom Frieden. “The key is to be completely transparent about the decision-making progress, because you aren’t going to maintain the public’s trust if it looks like people are jumping the line. When you’re in a situation of shortage like we’re in right now, you want to make sure that you don’t create even the appearance of impropriety.”

Others worry that if states define “essential workers” too broadly, it could mean months of delays for other priority groups, such as people with diabetes and other comorbidities.

“You risk not getting to people with bad health outcomes for a very long time,” Toner warned. “A lot of people with high risk could die while we’re vaccinating people who are lower risk.”

Brianna Ehley contributed to this report.