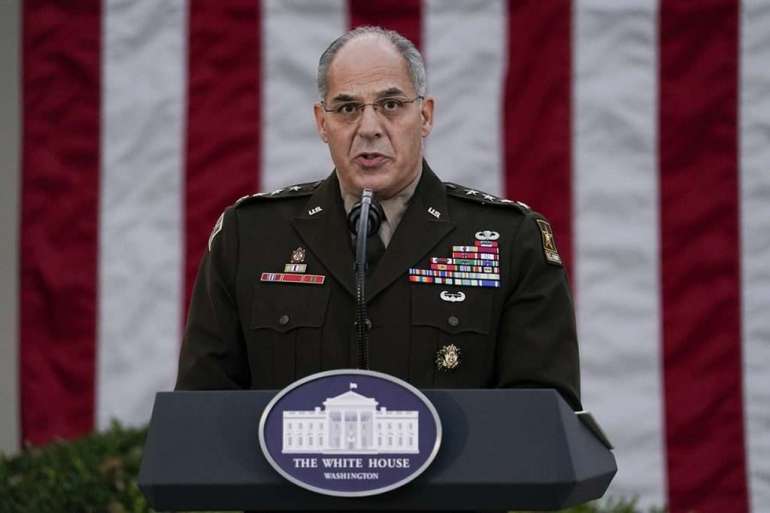 His acknowledgment put an end to over 48 hours of confusion among state officials about the vaccine, which is administered in two doses 21 days apart. The government is sending out about half of the shots that are ready, with the remainder being kept in reserve for the second inoculations.

Perna said millions of the doses he originally identified were not ready to be shipped out, adding the vaccine must be “releasable in accordance with the FDA.”

An FDA spokesperson pointed to language in the letter authorizing Pfizer’s vaccine for emergency use, which states that the company must submit a certificate of analysis for each product at least 48 hours before the vaccine is distributed. The agency does not have to sign off on the paperwork before the company can ship the vaccine.

“The mistake I made is not understanding with exactness — again, my responsibility —on all the steps that have to occur to make sure the vaccine is releasable,” Perna said.

Pfizer, in a statement, said it has millions of doses ready to ship once it gets the next instructions from Operation Warp Speed. “We remain confident in our ability to deliver up to 50 million doses globally this year and up to 1.3 billion next year,” the company said.

Officials in Maine, which is anticipating 40 percent fewer doses than they expected next week, have said they will push back vaccinating residents and staff at assisted living and some residential care facilities.

Large states, like California, are receiving over 100,000 less doses than expected. The state was originally projected to receive around 393,000 shots next week. That estimate has now decreased to 233,000.

David Lim contributed to this report.