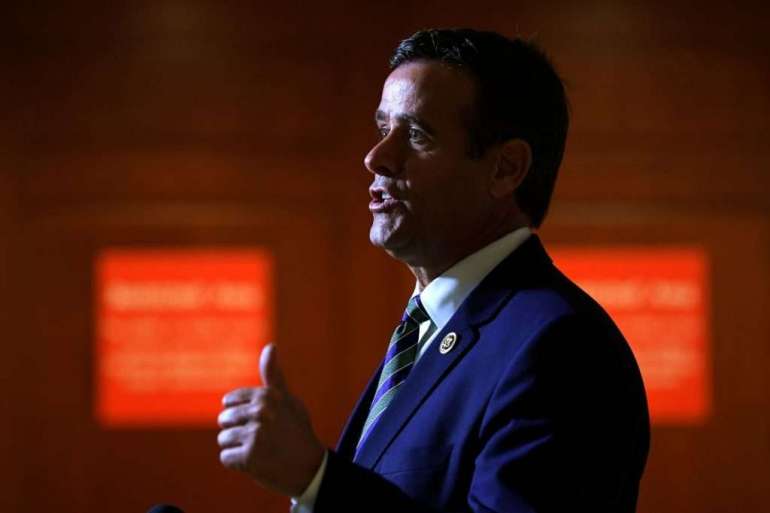 POLITICO first reported in January that intelligence officials were pushing for the hearing, which features both public and classified sessions, to be moved entirely behind closed doors over fears their bosses might provoke Trump’s ire.

Ratcliffe later offered to appear in August but wanted to limit his remarks to an opening statement before moving the session behind closed doors. That would ensure he wouldn’t have to answer questions from senators that could be turned into cable news clips if he contradicted Trump’s public statements, something that happened last year when then-intelligence chief Dan Coats and the leaders of agencies such as the CIA and NSA testified.

Acrimony between the two camps escalated when Ratcliffe significantly scaled back, then reversed, in-person election security briefings for lawmakers as Democrats pressed the Trump administration for additional disclosures on foreign threats to the 2020 election.

Eventually time ran out, with senators from both parties agreeing it would be improper to hold a session too close to Election Day and risk the session being turned into fodder for the campaign trail.

The fight isn’t over: In a statement Monday, House Intelligence Chair Adam Schiff (D-Calif.) said the “final bill is the product of extensive negotiations.” That was a nod to objections from California Rep. Devin Nunes, the panel’s top Republican, who had held up the measure because he believed that provisions on election security and protecting whistleblowers and inspectors general amounted to partisan attacks on the White House.

“Regrettably,” Schiff said, those provisions were cut from the compromise bill.

“We will continue to press for those necessary reforms, and others, in the next Congress through the [Intelligence Authorization Act] and other legislative vehicles,” the California Democrat said.

Schiff said it is “especially notable in light of the recent cyber breach of government agencies and private sector companies” that the bill features “several provisions” meant to strengthen digital defenses, better protect supply chains and provide additional resources and capabilities for responding to cyberattacks.