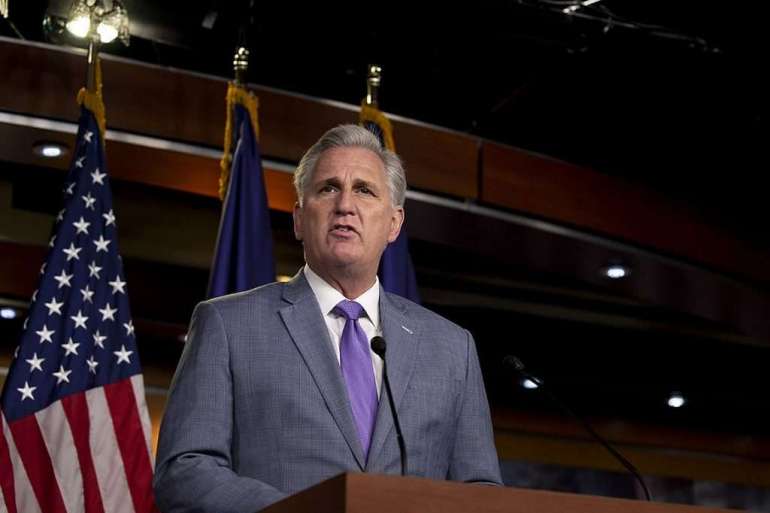 GOP lawmakers said the Constitution always contemplated voting in person. A district court rejected the suit, contending that the courts had no power to police an internal congressional dispute. But McCarthy appealed the case to the U.S. Court of Appeals for the District of Columbia, where the matter has been pending since October.

Letter, in a notice to the appeals court, said Gianforte and Mitchell’s decision to vote by proxy proves that the McCarthy-led lawsuit “must fail” and “does not belong in court.”

“Two plaintiffs’ use of remote voting also reaffirms the compelling interests that led the House to adopt the rules—permitting the House to conduct its business safely during a crisis while maximizing representation in Congress,” Letter added. “In announcing his decision to vote remotely, Rep. Mitchell explained that his physician ‘implored’ him not to travel to Washington, adding that voting remotely allowed him to participate in key legislation without risking his family’s health.”

“It is fitting that the rules permitted him to vote on the House’s recent coronavirus relief package without putting his family at risk,” Letter added. “Plaintiffs’ ill-conceived suit would prevent similarly situated Members from voting and deprive millions of constituents of representation in the House.”

Most, but not all, Republicans have refused to vote by proxy. Reps. Francis Rooney and Matt Gaetz both cast proxy votes this year, but neither were plaintiffs on the lawsuit.

Gianforte, who was recently elected governor of Montana and will leave the House next month, sent his proxy vote to Rep. Tom Suozzi (D-N.Y.), and Mitchell delivered his via Rep. Abigail Spanberger (D-Va.).

In explaining his decision, Mitchell tweeted to a POLITICO reporter that he made the decision in order to protect his family’s health, the rationale cited by Letter in his filing with the court.