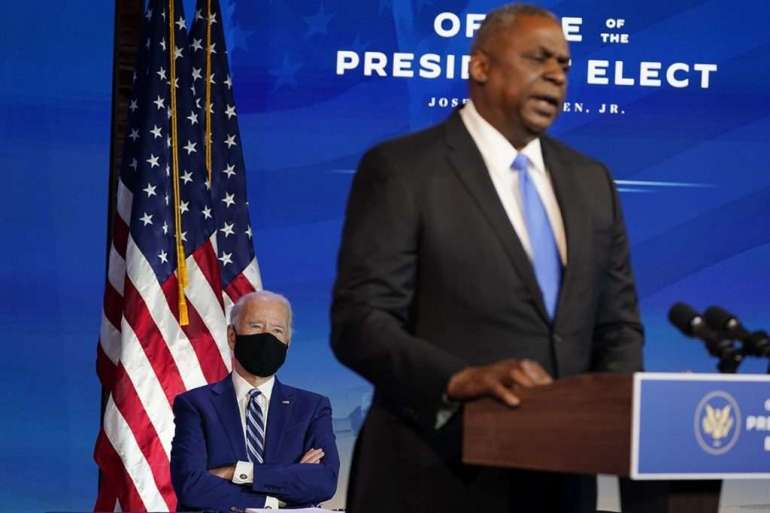 “If you can’t form committees until Jan, 6, 7, 8, something like that? And know whether you’re in the majority or minority? Staff, schedule, meet with nominees, look at FBI files for the chair and ranking member?” Burr asked. “You only really have two weeks there before the inauguration. I’m just not confident a whole lot can be accomplished.”

Sen. Pat Toomey (R-Pa.), the top Republican on the Banking panel, predicted Biden’s nominees wouldn’t start getting processed until “some time late January,” adding that “it wouldn’t be practical to do anything before [Georgia] anyway.”

While Senate Majority Leader Mitch McConnell says that Biden’s nominees will get votes on the Senate floor if he remains in power, control of the Senate will largely determine how quickly that will happen. Senate Minority Leader Chuck Schumer earlier this month encouraged Senate committees to prepare to hold hearings in January “immediately after the Georgia elections.”

Democrats would almost certainly move Biden’s picks through committees faster than Republicans, who say they will make sure Biden’s nominees get the same scrutiny that Democrats gave to President Donald Trump’s appointments.

No confirmation hearings have yet been announced and the Senate is tentatively scheduled to be in session just one day between the run-offs and Biden’s Jan. 20 inauguration. That leaves in jeopardy the tradition of confirming a slate of national security nominees on Inauguration Day. It also means Biden likely won’t be able to fully confront the pandemic and economic devastation as quickly as he’d like.

Some Democrats like top Banking Committee Democrat Sherrod Brown of Ohio are preparing to be chairmen if the two Georgia races go Democrats’ way. But with Republicans favored to hold control, many Democrats are lobbying the GOP to agree on holding hearings for nominees before Biden is sworn in to speed the process. Republicans thus far are mostly noncommittal.

“We’ve got a lot of positions that are highly sensitive that need to be filled ASAP,” said Sen. Tim Kaine (D-Va.). “I’m nervous. I’ve heard some Republicans say…’Oh I’m not sure we’re gonna give this person a hearing.’ Well hold on, give them a hearing and if you want to vote no that’s what advice and consent is.”

The top members on each committee have mostly been decided, save for people like Burr who is in line for the HELP chairmanship after he stepped down from the top of the Intelligence Committee while under investigation for his stock trades. Sen. Rand Paul (R-Ky.) is next in line after Burr at HELP, but he said it was too early to announce if he wants the job.

The Senate traditionally holds some confirmation hearings before Inauguration Day and could still do so even if the chamber is out of session. If past is prologue, Biden could see his nominees to lead the Department of Homeland Security and the Pentagon confirmed hours after he’s sworn in, just like Trump.

The Biden team is also trying to jumpstart the process; the president-elect’s nominees have already had about 175 Zoom meetings with senators of both parties.

“The American people rightfully expect the Senate to confirm his crisis-tested, qualified, history-making cabinet nominees as quickly as possible,” said Sean Savett, a spokesperson for the Biden transition.

But waiting for the results of the Georgia races could be the latest in a string of delays for Biden. The General Services Administration declined to formally begin the transition process until late November amid Trump’s refusal to concede the election, and it took six weeks for most Senate Republicans to even acknowledge the results.

“The transition was delayed several weeks by the refusal of the Republican majority to accept the outcome,” said Sen. Chris Coons (D-Del.), a Biden confidant. “In a typical transition we’re able to get the most important nominees that run the biggest departments confirmed by Inauguration Day. That may be a challenge.”

Among the national security nominees Biden has nominated so far are Antony Blinken for secretary of State, Lloyd Austin for secretary of Defense, Avril Haines for director of National Intelligence and Alejandro Mayorkas for the Department of Homeland Security secretary.

Sen. Bob Menendez (D-N.J.), the top Democrat on the Senate Foreign Relations Committee, said he’s speaking with Chair Jim Risch (R-Idaho) about the Blinken nomination. But he said Risch is waiting to see who controls the Senate.

Meanwhile, Austin will need Congress to approve a waiver in order to be confirmed as Defense secretary, since he’s been out of the military for less than seven years. The House and Senate are expected to hold hearings on the waiver process in early January, adding another step to Austin’s path to the Pentagon. Senate Armed Services Chair Jim Inhofe (R-Okla.) said that he wants to see how the waiver is handled before starting the confirmation process.

Sen. Jack Reed (D-R.I.), said he believed ultimately that Inhofe is “a very fair person and that he would give Gen. Austin the same opportunities and the same procedures that would apply for Gen. Mattis.” Mattis, who also needed a waiver, was confirmed on the day Trump was inaugurated.

Even if Republicans hold the majority, the timing of the results from the Georgia Senate races will determine who is presiding over the confirmation hearings. Sen. Chuck Grassley (R-Iowa) plans to return as the top Republican on the Judiciary Committee, leaving his perch on the Finance Committee. But he may end up having to prepare for Janet Yellen’s Treasury secretary hearing if the outcome is still in flux.

“You gotta remember, it could be [Lindsey] Graham would still be chairman of the [Judiciary] committee and I would be chairman of Finance,” Grassley said. “Now, you probably know we’re getting requests from Democrats to assure that it’s going to be ahead of time. And all I’ve been saying is it’s just too early to make that determination”

While members of both parties will need to wait past Jan. 5 to know the exact makeup of individual committees, some Democrats say they don’t mind being patient if it means they could be in the majority.