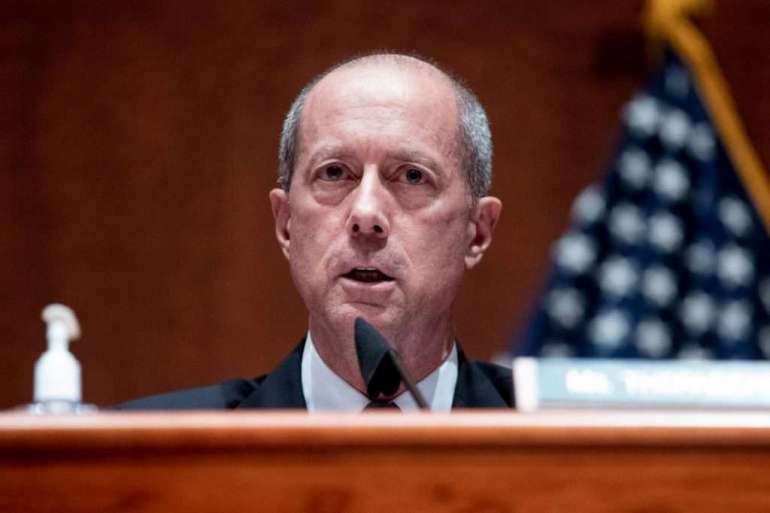 The nudge from Thornberry comes ahead of a Monday override vote that Republicans could make or break. The vote will test whether GOP members are willing to defy Trump en masse, a scenario Thornberry hinted at.

“Your decision should be based upon the oath we all took, which was to the Constitution rather than any person or organization,” he said.

This year’s version of the defense bill is named in honor of Thornberry, who is retiring at the end of the congressional session next week.

Trump vetoed the bill after Democrats and Republicans refused to include his last-minute demand to repeal legal protections for social media companies, which is unrelated to the defense legislation. He also objected to provisions that would remove the names of Confederate leaders from Army bases and place limits on his plans to withdraw troops from Afghanistan and Europe.

The commander in chief has also argued the defense bill is a gift to Beijing, contradicting congressional Republicans who have touted it as the toughest legislation on China in years.

Top Republicans have also warned that allowing the NDAA to fail would tank a significant cyber overhaul amid a sprawling hack of federal agencies alleged to have been perpetrated by Russia.

Thornberry also linked to a summary of major provisions and authorities, including a number of pay provisions and bonuses, that would lapse if the NDAA fails.

The compromise bill passed the House this month in a blowout 335-78 vote, well beyond the two-thirds majority needed to overturn a presidential veto. The Senate also passed the final NDAA by a wide margin.

But the override requires solid bipartisan support, and Republicans could tank the bill if enough of them side with Trump. Republicans supplied 140 votes to pass the NDAA this month, joining forces with 195 Democrats.

The dilemma of whether to defy Trump has exposed rifts in the House Republican conference. Minority Leader Kevin McCarthy voted to pass the bill, but said he won’t vote to override Trump, while Minority Whip Steve Scalise (R-La.) opposed the bill. Several dozen Trump-aligned conservatives also opposed the legislation.

On the other side, senior Republicans such as Thornberry and House GOP Conference Chair Liz Cheney of Wyoming have underscored the need to enact the bill at all costs.

“This is a time to put our nation’s security and our responsibility for our troops ahead of any other consideration,” Thornberry said.