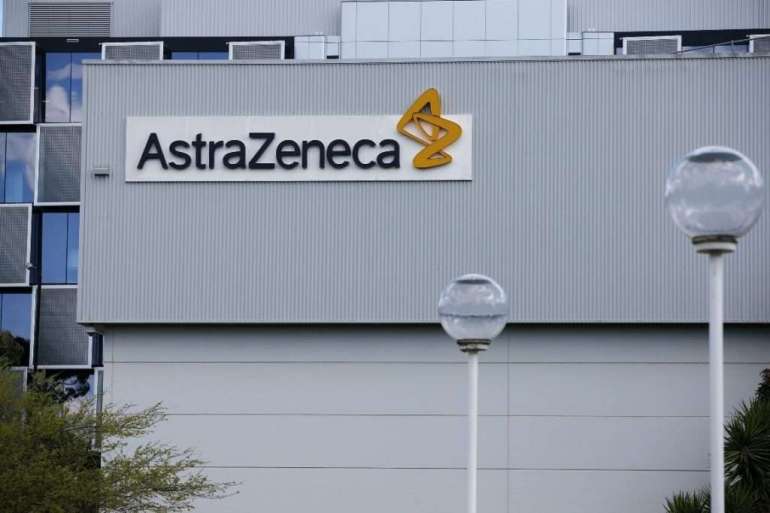 The Trump administration doubled its orders from Pfizer and Moderna this month to 200 million doses each. But both vaccines are given as two doses per person, meaning the U.S. supply will only cover 200 million of the nation’s 250 million adults. Authorizing more vaccines for emergency use could immediately increase that stockpile, and also help ensure sufficient vaccine when inoculation is allowed for teens and children.

Johnson & Johnson is preparing to release the first efficacy data on its shot, which is given as a single dose, in January. AstraZeneca could also release more data as early as next month from its late-stage trials, officials with the federal government’s Operation Warp Speed said recently. (The company said in a statement that it has “no further updates on the US specific trial.”)

An early frontrunner in the global vaccine race, AstraZeneca has sold more shots worldwide than any other manufacturer. Between agreements with the World Health Organization, the Coalition for Epidemic Preparedness and Innovation and the Serum Institute, a mass manufacturer in India, the British drugmaker has promised nearly 1 billion shots to other countries — not including the 300 million it pledged to the U.S.

AstraZeneca’s vaccine is vastly cheaper than others and much easier to ship and store than vaccines such as Pfizer’s, that require ultra-cold freezers or dry ice. That makes it an appealing option for hard-to-reach areas in the U.S., as well as lower-income countries with less advanced infrastructure.

But the outlook for the company’s vaccine is hazy after AstraZeneca reported last month that nearly 3,000 trial volunteers in the U.K. were accidentally given a half-strength first dose. The regimen proved 90 percent effective in early data, beating the 62 percent efficacy of two standard doses. Some vaccine experts think the lower dose’s success could be a statistical fluke, since 3,000 people is a small slice of the tens of thousands of people enrolled in the company’s trials; others say it could indicate a clearly better option.

AstraZeneca would still have to fully test the lower dosing regimen before applying to the Food and Drug Administration for emergency-use authorization. The agency is also requiring that drug companies follow at least half the trial volunteers for two months after their last dose.

A company spokesperson said that there is “nothing to share on U.S. filing plans at this time.”

But the FDA’s minimum criteria for seeking authorization do not tell the full story of a vaccine’s value, said Peter Hotez, a virologist and dean of the National School of Tropical Medicine at the Baylor College of Medicine.

“Initial efficacy over the first two months is only one of several aspects that requires consideration,” said Hotez, who is also developing a potential coronavirus shot with partners in India. “Other vaccines may offer advantages in terms of durability of protection, tolerability, safety, suitability for children or adolescents, and for that we’ll require additional vaccines.”

Pfizer and Moderna only recently started studying their vaccines in children as young as 12 years old, and no manufacturer has begun trials in children even younger. Regulators have also called for more data in pregnant women and for certain risk factors like heart disease, diabetes and other illnesses that could affect the immune system. Health experts say that a vaccine that may only work moderately overall may be best for key subpopulations, such as pregnant women.

And some of the vaccines still in development may prove easier to manufacture, transport or administer than the Pfizer and Moderna shots.

Both of those authorized vaccines use relatively new messenger RNA technology to instruct cells to make a protein found on the virus, which revs up the body’s immune system. J&J and AstraZeneca use a more traditional method, in which small bits of DNA from the coronavirus are edited into a weakened version of another virus called an an adenovirus. When the adenovirus enters cells, they read its DNA and produce a protein found in the coronavirus.

One theory about the AstraZeneca dosing confusion is that a full dose of the adenovirus triggered too big of an immune response — so the body didn’t have time to learn much about the coronavirus it was meant to protect against, said Rasmussen. “There is still value in having that information, because maybe [AstraZeneca] can start assessing that half-dose regimen.”

But the AstraZeneca data could present a quandary for FDA’s independent vaccine advisory panel, which has been meeting publicly to discuss each candidate in a bid to boost transparency and public confidence. The company has said that combined results so far from its Phase III trials show its vaccine to be 70 percent effective. But the two dosing regimens tell different stories: 90 percent is basically comparable with the existing vaccines; 62 percent is not.

It also presents a sticky situation for the largest national vaccination plan in history. While the two vaccines authorized now have nearly identical efficacy and safety profiles and use the same technology, having a more varied roster of vaccines would be harder to distribute fairly.

“There are obvious ethical issues: If one vaccine is more effective than the others, who gets what, right?” said Philip Landrigan, director of the global public health program at Boston College, who stressed the importance of clear federal planning if that happens. “Transparency and openness have another benefit beyond just ensuring that the system works well — it could persuade people who are reluctant to get the vaccine.”