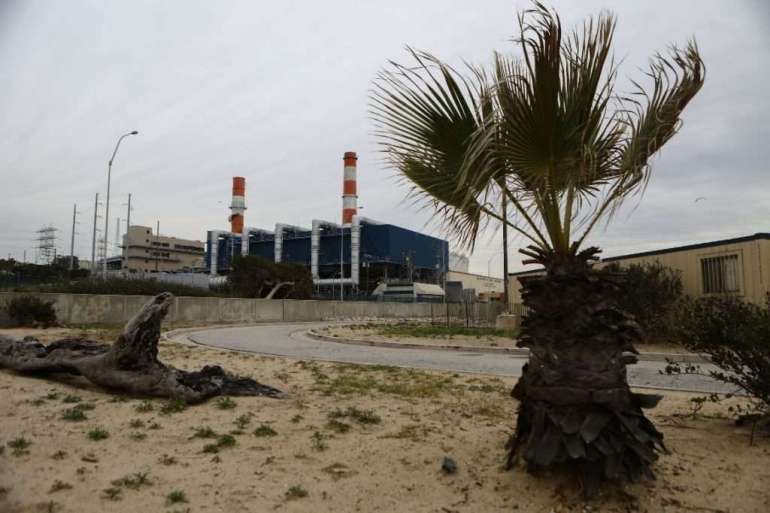 The renewable energy sector has been cheering this week about the clean energy incentives included in the omnibus Congress passed. And it’s even more optimistic about the prospects under a Biden administration, given the president-elect’s plans for a $2 trillion effort to put the country on a path toward eliminating greenhouse gases from the power grid by 2035 and for the overall economy by 2050.

Though that pledge will face hurdles in Congress, especially if Republicans maintain control of the Senate, Biden can still make moves to benefit the renewables industry that has steadily grown over the last four years — despite President Donald Trump’s trade tariffs, lease hikes and frequent attacks on the industry.

“The realization — the market’s realization, the financial community’s realization and the customer’s realization — that we are moving toward the clean energy economy has already happened,” said Abigail Ross Hopper, CEO of the Solar Energy Industries Association, a solar trade group. “But the pace of that transition is still what’s up for grabs.”

Biden is expected to speed the adoption of electric vehicles and boost power line transmission networks that will open up new opportunities for renewable power generators, analysts said. He’s pledged to invest $400 billion in clean energy development and research over 10 years and work with states to deploy more than 500,000 new public electric vehicle charging spots by the end of 2030.

Simply a change in the messaging from the White House will benefit renewables, said Ben Serrurier, electricity practice manager at the clean energy think tank Rocky Mountain Institute, since many red states had been wary of touting their their home-grown solar and wind industries over the past four years to risk triggering an outburst from Trump, who once claimed the sound of wind turbines caused cancer and that solar panels were expensive and fragile.

“With more political cover coming from the top, and an energy transition throughline that can be charted out a couple of years into the future, I wouldn’t be surprised if you see more aggressive action from companies who were reluctant to earlier, because you’ve carved out a political space for them,” Serrurier said.

Renewables are now on track to surpass coal as the largest source of electricity in the world by 2025, according to a November report from the International Energy Agency. And in the U.S., the latest outlook from the Energy Department’s Energy Information Administration is bullish on wind and solar, which along with hydropower and other renewables will surpass 20 percent of U.S. electricity generation next year, about the same level as coal or nuclear power. EIA is projecting the U.S. electric power sector will add a record 23 gigawatts of new wind capacity this year — almost double the previous record — while utility-scale solar capacity to rise by 12.8 GW in 2020, enough to power millions of homes.

One of the biggest breakthroughs for wind and solar in recent years has been the steep drop in prices for batteries, which enable utilities to store their electricity for when the sun isn’t shining and wind isn’t blowing.

Lithium-ion battery pack prices fell 89 percent over the past decade, according to research company BloombergNEF. Researchers now expect prices for those batteries to be close to $100/kWh by 2023, a threshold that they say will allow automakers to produce and sell mass market electric vehicles at a price comparable to internal combustion vehicles.

But the situation for fossil fuels is notably darker. U.S. crude oil production, which climbed to a record at more than 13 million barrels a day before the pandemic sapped fuel demand, has slipped to 11 million barrels a day, according to the latest government data. Natural gas production, which has doubled since the spread of fracking began in earnest in 2005, is expected to post a modest decline this amid weak prices caused by a glut of supply.

Those weak prices for natural gas and crude oil — which briefly turned negative as the pandemic took hold in April — have forced 45 oil and gas companies to file for bankruptcy through the first 11 months of 2020, according to law firm Haynes and Boone.

The outlook for coal is far more dire. The energy source that produced more than half the U.S. electricity little more than a decade ago has seen its share of the power market drop by almost a quarter under Trump, despite his promises to revive the industry. Valuations for coal producers have declined sharply, and the leading company, Peabody Energy, is struggling to avoid its second bankruptcy filing in five years.

Still, renewable energy won’t supplant fossil fuels anytime soon, and it remains a small portion of the overall energy market, even with the rapid growth, said Erik Olson, climate and energy analyst at the Breakthrough Institute. He cautioned that while that clean energy growth will continue, it will take time for it to ramp up at a scale to where it’ll dramatically alter the energy markets.

The dramatic fall in fuel demand amid the Covid-19 pandemic accelerated the debt-laden oil and gas industry’s need to shrink, and companies like Exxon Mobil, which saw its market value cut by as much as half earlier this year, have been forced to lay off tens of thousands of employees and ramp down their spending as a bulwark against a flood of red ink.

But the pandemic also hit employment in the clean energy sector hard, leaving 446,000 total clean energy workers out of work since February, even as it continued to expand, according to analysis by BW Research Partnership.

Now with a new White House promising to hand down stricter regulations on capturing the heat-trapping gas methane and a ban on new permits to drill on federal land, oil companies will either have to spend money to adapt or, in the case of smaller businesses that don’t have the money or expertise to do so, to look for other options.

The oil and gas industry will eventually return to profitability, albeit with a smaller footprint, said Dave Meats, director of energy research at market analysis firm Morningstar. Companies stocked up enough drilling permits in the waning months of the Trump administration to keep their activity on federal land relatively unchanged for the next two years or so even if Biden immediately halts new permits, Meats added. Meanwhile, drillers will move their rigs to private land to make up for the loss of access to federal land.

But, Meats added, it would be “unrealistic to expect further growth” by the end of this decade.

“I would compare it to tobacco in the late 90s,” Meats said. “There’s a long term, secular decline. The stable growth that we’ve seen is going to taper off, flatten out and then eventually there will be a contraction.”

In the U.S. energy capital of Houston, the oil industry is preparing for a future in which companies return to profitability — but with fewer players around, said one Texas-based oil and gas lobbyist. For now, they’re preparing to hire new teams of lobbyists to try and negotiate the edges off of Biden’s plans or to start looking for ways to adapt to the new normal.

“Companies are either saying they have to go and hire more outside consultants or drastically change their business model,” the lobbyist said.

With everyone from progressive environmental protesters to Wall Street analysts pushing to reduce greenhouse gases in the energy supply, the fossil fuel sector is trying to remain politically relevant and adapt to a changing world.

Biden has pledged stricter pollution standards for the potent greenhouse gas methane than were created under the Obama administration — and rolled back under the Trump administration. That’s something analysts said the new president will need to do to catch up with governments in Europe.

BP, ConocoPhillips and other large companies that have pledged to reduce their own emissions will be able to follow suit, but smaller, independent players may have to fight just to keep a seat at the negotiating table. Still, those smaller companies argue the world will need their fuel for at least the next few decades.

“While we understand that many of the Biden Administration appointees might believe that our country should transition away from fossil fuels, even under the International Energy Agency’s Sustainable Development Scenario, which assumes every country meets their Paris commitments, the world will still get almost 50 percent of its energy from oil and gas in 2050,” said Anne Bradbury, chief executive of the AXPC trade association representing independent oil companies, in a recent statement. “If the world is going to address global climate change, the American oil and gas industry must be at the table.”

But statements such as that may be too little too late, said Rice University’s Mark Jones.

“Oil and gas is engaged in a rear-guard effort to keep the industry going as long as possible and as robustly as possible,” Jones said. “But there’s a clear understanding that in fact renewables are the future.”