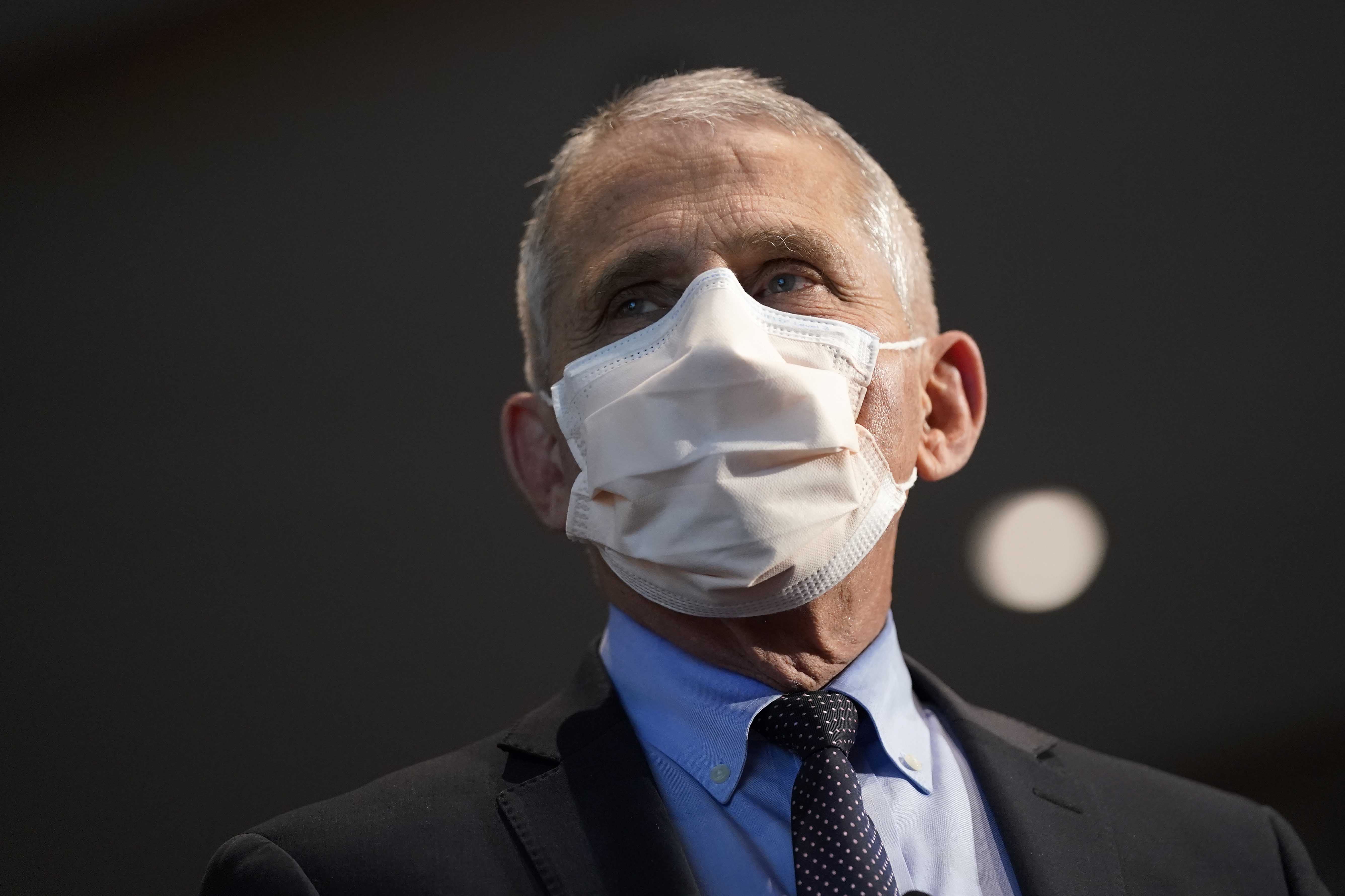 Fauci’s remarks come as the Trump administration appears poised to miss its year-end target to vaccinate 20 million Americans. Roughly 12.4 million doses of vaccine have been delivered to the states, and about 2.7 million people have received the first of two shots, according to data from the Centers for Disease Control and Prevention.

Meanwhile, the U.S. outbreak has continued to worsen over the course of the winter season, as Americans spread the virus indoors and congregate in group settings to celebrate the holidays. More than 3,740 deaths were logged on Wednesday, another single-day record, and caseloads are expected to keep climbing rapidly through January.

The vaccines developed by Pfizer and Moderna, both of which the Food and Drug Administration authorized for emergency use earlier this month, are providing some relief from the public health crisis. But Fauci acknowledged on Thursday that the U.S. vaccination effort had failed to meet the rosier forecasts of some administration officials.

Fauci reported that he had spoken on Wednesday morning with Gen. Gustave Perna, the chief operating officer of Operation Warp Speed, about the status of the vaccine programs, and that the administration’s desired pace of vaccination was now more likely to be achieved “as we get into the middle of January, February and March” of next year.

“Whenever you have a very large operation — such as trying to vaccinate an entire country with a new vaccine — there always will be bumps in the road and hiccups about that,” Fauci said. “We hope that that’s what this is a reflection of.”

In recent days, the administration has argued that the CDC’s vaccination figures undercount the actual number of shots that have been administered, while President Donald Trump himself has repeatedly put the onus on states to inoculate their residents. “The Federal Government has distributed the vaccines to the states. Now it is up to the states to administer. Get moving!” he tweeted on Wednesday.

But Fauci stressed on Thursday that the federal government must first ensure “that the states and the local authorities have the resources that are necessary to implement these programs,” and he nodded to his apparent disagreement with the White House over vaccination strategy.

“My feeling is — and not everyone would agree with me — is that there has to be a strong relationship between the national approach and the local approach,” Fauci said.