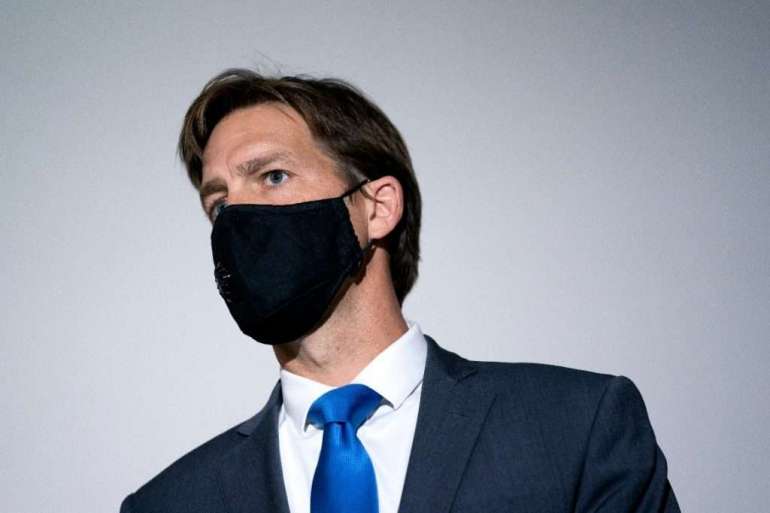 Sasse lambasted the crew of House Republicans who, prior to Hawley, had already promised to lodge challenges to Biden’s victory, labeling them “institutional arsonist members of Congress” who provided no evidence to justify their sweeping attempt.

Sasse offered his assessment less than a week before Congress is tasked with certifying Biden’s victory in a joint session of the House and Senate. That Jan. 6 meeting has, in the past, been predominantly ceremonial. Democratic efforts to challenge the last three Republican victories were swept aside quickly and were never embraced by either the outgoing administration or the losing Democratic candidate.

In fact, in 2000, then-Vice President Al Gore presided over the session that certified George W. Bush’s victory, even as his Democratic allies in the House demanded a challenge. And in 2016, Biden was leading the session when House members attempted a challenge. “It’s over,” he told them, gaveling down the effort.

But this time, Trump has led the effort to upend the election results and encouraged Republican allies to challenge Biden’s victory, despite providing no evidence of widespread fraud or irregularities.

Sasse indicated that in private, he’s spoken with two dozen of his GOP colleagues and none have echoed the president’s claims.

“For President-Elect Biden’s 306-232 Electoral College victory to be overturned, President Trump would need to flip multiple states. But not a single state is in legal doubt,” Sasse said before providing a state-by-state breakdown of Trump’s unsupported fraud claims and what courts and other legal authorities had determined.

Sasse also delivered a sharp rebuke of Trump’s attorneys, who he said told one story to their loyal supporters — and donors — and a different one to the courts.

While seeking to debunk the president’s claims, Sasse also issued an unsupported claim of his own: that the media had declared “flatly … from on high that ‘there is no fraud!'” which he claims has contributed to public distrust of the election results. However, media outlets tracking the election have reported precisely what Sasse has claimed: that there is no evidence of fraud “so significant that it could have changed the outcome.” Rather, isolated cases and small-scale errors that are common in national elections underscored the absence of the national voter fraud conspiracy alleged by Trump and his allies.

Sasse said even isolated “specific” claims of fraud should be investigated but that “we shouldn’t burn down the whole process along the way.”

“We have good reason to think this year’s election was fair, secure, and law-abiding,” he said. “That’s not to say it was flawless. But there is no evidentiary basis for distrusting our elections altogether, or for concluding that the results do not reflect the ballots that our fellow citizens actually cast.”