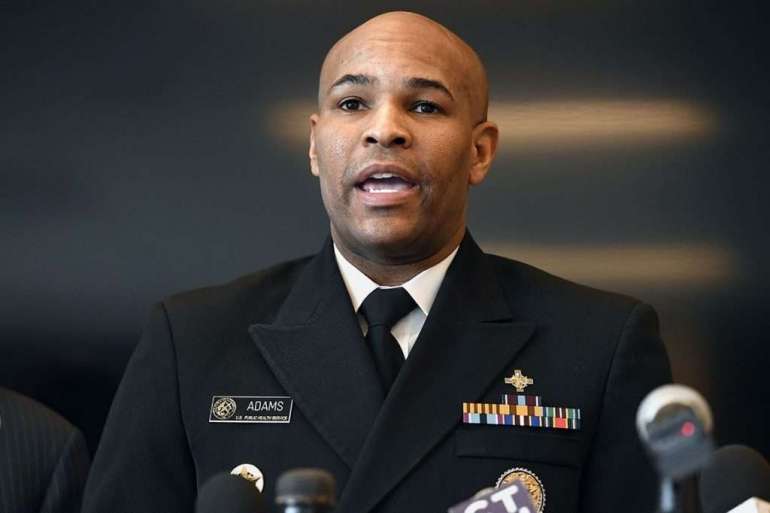 Speaking on ABC’s “This Week,” Dr. Anthony Fauci also said there was nothing fake about the death toll: “The deaths are real deaths. All you need to do is go out into the trenches. Go to the hospitals and see what the health care workers are dealing with.They are under very stressful situations in many areas of the country. The hospital beds are stretched, people are running out of beds, running out of trained personnel who are exhausted.”

Trump tweeted Sunday: “The number of cases and deaths of the China Virus is far exaggerated in the United States because of @CDCgov’s ridiculous method of determination compared to other countries, many of whom report, purposely, very inaccurately and low. ‘When in doubt, call it Covid.’ Fake News!”

America’s death toll from the coronavirus has surpassed 350,000, with more than 20 million cases diagnosed. Both are by far the highest in the world. Among those whose deaths were attributed to Covid-19 in recent days were Congressman-elect Luke Letlow, Virginia state Sen. Ben Chafin, former college football star Vic Lepisto and “Gilligan’s Island” co-star Dawn Wells.

In the fall, Adams had predicted that U.S. vaccinations would reach 20 million in December. The actual numbers are far short of that, with a total of approximately 4 million. Nevertheless, Adams said the vaccination program is off to a solid start.

“The good news,” he told Tapper, “is that we are seeing it quickly ramp up thanks to our state partners. The last 72 hours, we saw 1.5 million first shots reported. If you extrapolate that out and many are extrapolating numbers, that is 500,000 a day. I want everyone to know that over the next week or two is when we should be paying attention closely and making sure we continue to see this ramp up and I expect that it will.”

Fauci, the director of the National Institute of Allgery & Infectious Diseases, told ABC host Martha Raddatz the nation still needs to get on top of the crisis.

“There is no running away from the numbers, Martha,” he said. “It’s something that we absolutely have got to grasp and get our arms around and turn that, turn that inflection down by very intensive adherence to the public health measures uniformly throughout the country with no exceptions.”